Advanced Search
Dylan Penn is an American model and actor. She has been part of modeling campaigns for some reputed brands. Being born to famed actors, Penn was accustomed to glamor and glitz right from her childhood days. Before making her entry into the field of modeling, Penn did several odd jobs. She worked as a freelance screenplay editor, a waitress, and a pizza delivery girl. Her first modeling contract was with the American clothing and accessories brand ‘Gap Inc.’ Later, she appeared in fashion magazines such as ‘GQ’ and ‘W.’ She posed for a partially nude cover for the erotica and fine arts magazine ‘treats!’ Owing to her fabulous physique, Penn has made it to several lists, such as the ‘Hot 100’ by ‘Maxim’ and ‘99 Most Desirable Women’ by ‘AskMen.com.’ She made her movie debut with the horror movie ‘Condemned.’ She was also seen in the movie ‘Elvis & Nixon,’ starring Kevin Spacey. Penn was part of the short film directed by Julia Restoin Roitfeld, in connection with the ‘Paris Fashion Week.’ Although Penn has not made significant progress in her movie career, she has established herself as a successful model. Zendaya Maree S...
13th April In History
DID WE MISS SOMEONE?
CLICK HERE AND TELL US
WE'LL MAKE SURE
THEY'RE HERE A.S.A.P
Quick Facts 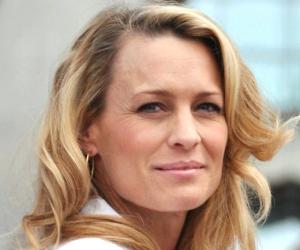 American People
Actresses
American Women
California Actresses
Aries Models
Childhood & Early Life
Dylan Frances Penn was born on April 13, 1991, in Los Angeles. Renowned Hollywood actor Sean Penn is her father. Sean is a two-time winner of the ‘Academy Award’ for the ‘Best Actor.’ ‘Golden Globe Award-winning actor Robin Wright is her mother. Penn’s parents divorced when she was quite young. She has a younger brother named Hopper Jack Penn.
Dylan Penn spent her childhood in Ross, Marin County, California. She attended the ‘Marin Academy.’ Later, she joined the ‘University of Southern California’ for higher studies. However, after one semester, Penn dropped out of the university. Her parents were unhappy with this decision, and they stopped providing financial assistance to Penn. Before starting her modeling career, Penn worked several odd jobs. She worked as a freelance screenplay editor and also as an intern at an advertising agency. Penn was also a restaurant hostess, a waitress, and a pizza delivery girl, for a short span of time.
Continue Reading Below
Career
Penn signed her first modeling contract in 2013. She appeared in billboards for the American clothing and accessories brand ‘Gap Inc.’ In December 2013, Penn appeared in the men’s fashion magazine ‘GQ.’
In January 2014, Penn modeled for the American fashion magazine ‘W.’ This is a reputed magazine with millions of readers. In March 2014, Penn appeared in the lifestyle magazine ‘Elle.’ ‘Elle’ is a magazine of French origin and focuses on beauty, fashion, health, and entertainment.
In April 2014, Penn posed for a partially nude cover and an interior layout for the magazine ‘treats!’ This is a magazine that focuses on erotica and fine arts. Tony Duran was the photographer of the shoot. Penn said that she had accepted the assignment because she was fascinated by the way Duran photographed nudes in black and white.
With the release the ‘treats!’ cover, Penn gained popularity in the modeling arena. Within weeks of the release, she signed a contract with ‘Premier Model Management,’ who were to represent her in the UK. In 2014, Penn was ranked at number 68 on the annual ‘Hot 100’ list compiled by the international men’s magazine ‘Maxim.’ She was featured at number 93 on the list of the ‘99 Most Desirable Women’ published by the web portal ‘AskMen.com.’
In June 2014, Penn performed in the music video for the song ‘Chains’ by Nick Jonas. In September 2014, Penn played the part of a biker woman in the short film ‘Rock Roll Ride,’ directed by Julia Restoin Roitfeld. The film was created for shoe designer Stuart Weitzman, in connection with the ‘Paris Fashion Week.’ The film featured Penn alongside Poppy Delevingne.
In December 2014, Penn appeared on the cover of the French fashion magazine ‘L ‘Officiel.’ In August 2015, she appeared on the cover of the fashion magazine ‘Asos.’
In 2015, Penn made her debut in movies, with the horror–comedy movie ‘Condemned.’ It was directed by Eli Morgan Gesner. The movie was released on Friday the 13th in November. The movie featured Penn as the protagonist, ‘Maya.’ ‘Maya’ was portrayed as a troubled youngster who had moved in with her boyfriend into his condemned apartment. The film did not receive a favorable response from viewers.
In 2016, Penn appeared as ‘Diane’ in the American comedy–drama movie ‘Elvis & Nixon.’ The movie had Kevin Spacey portraying ‘President Nixon’ and Michael Shannon appearing as ‘Elvis Presley.’ The movie was a box-office failure, though it garnered positive reviews from critics. The same year, Penn undertook her first joint fashion modeling campaign with her brother. They appeared at the ‘Milan Fashion Week.’
Family & Personal Life
Penn is reportedly single. She was earlier reported to be in a relationship with Steven R. McQueen. There were also rumors linking her to British actor Robert Pattinson. Penn later dismissed the rumors, stating that they were just good friends.

See the events in life of Dylan Penn in Chronological Order