Malcolm Ford is an American vocalist and guitarist presently affiliated with the alternative/indie band 'The Dough Rollers'. He is the son of American screen legend Harrison Ford and his second wife, screenwriter Melissa Mathison. As his father is one of the most private celebrities in Hollywood, Malcolm, along with his sister and half-brothers, grew up secluded from the spotlight. He studied at a school in Jackson Hole, Wyoming and was deeply interested in pursuing a career as a musician. Following his parents’ separation in 2001, Malcolm became highly depressed and by the time he turned 17, he was doing drugs. Eventually, he went to rehab to clean up his act and successfully managed to do so. In 2008, he attracted media attention when he began dating Canadian model Jessica Stam. Malcolm, along with friend Jack Bryne, set up The Dough Rollers in 2008 and released their self-titled debut album in 2010. Since then, they have put out one more album and one extended play. Kevin Jonas
DID WE MISS SOMEONE?
CLICK HERE AND TELL US
WE'LL MAKE SURE
THEY'RE HERE A.S.A.P
Quick Facts

American People
Libra Musicians
Male Musicians
Libra Guitarists
Male Guitarists
Career
Malcolm created The Dough Rollers in 2008 with his friend Jack Byrne, the son of actor Gabriel Byrne and actress Ellen Barkin. They first met in New York when Byrne was still attending high school and Malcolm had recently dropped out of college. Byrne taught Malcolm how to play the guitar and in return, Malcolm gave him weed. They connected over their mutual love for marijuana, Call of Duty, and blues music.
The Dough Rollers started off as a two-piece band but singer Julia Tepper later joined the group. She empowered the group to try out other genres of music. In 2010, they released their self-titled debut album. Comprised of ten tracks, it is a prime example of the group’s experimentation with country, bluegrass, and blues music. However, Tepper left soon after.
In 2011, they released their second album, ‘Someday Baby’, which contains 12 tracks. In the ensuing years, the group hired a drummer, Kyle Olsen, and a bassist, Josh Barocas and signed with American singer-songwriter Jack White’s record label Third Man Records. In 2014, the group put out their first EP, ‘Gone Baby Gone’, through Third Man Records.
Recommended Lists:

American Musicians
American Guitarists
Libra Men
Continue Reading Below
Personal Life
Malcolm Ford was born on October 3, 1987 in the United States of America to actor Harrison Ford and his second wife, screenwriter Melissa Mathison. He has a sister named Georgia, born on June 30, 1990. Mathison was Harrison’s second wife, whom he married on March 14, 1983. He was previously married to chef Mary Marquardt from June 18, 1964, to October 3, 1979. Malcolm has two half-brothers from Harrison’s marriage with Marquardt: Ben (born September 22, 1967) and Willard (May 14, 1969). Like his mother, Ben Ford is a chef and restaurateur and has co-authored the popular non-fiction book ‘Taming the Feast: Ben Ford's Field Guide to Adventurous Cooking’. He is also the owner of Ford's Filling Station gastropubs, located at The Marriott, L.A. Live, Los Angeles, and at LAX Terminal 5. As for Willard, he owns Strong Sports Gym, a boxing gym in Los Angeles. Following her father’s footsteps, Georgia has become an actress and has appeared in films such as ‘American Milkshake’ and ‘True Story’.
Harrison and Mathison separated in August 2001 and their divorce was finalised on January 6, 2004. Soon after their separation, Harrison met actress Calista Flockhart, popular for her portrayal of the titular character in Fox’s legal comedy-drama ‘Ally McBeal’ (1997-2002) at the 2002 Golden Globe Awards. They began dating soon after and got engaged in the Valentine’s Day weekend in 2009. On June 15, 2010, in Santa Fe, New Mexico, Harrison married Flockhart in a quiet ceremony. Flockhart’s adopted son, Liam (January 1, 2001), is also Malcolm’s adoptive brother, as Harrison and Flockhart are raising him together.
Harrison has a reputation in Hollywood for being one of the most private actors in the entertainment industry. He sought to instil the same attitude towards fame in his children. As a result, Malcolm and his siblings got the chance to enjoy somewhat of a normal childhood. He went to a school in Jackson Hole, Wyoming, remaining far away from his father’s celebrity spotlight. During this period, he developed a deep love for music.
According to reports, Malcolm had problems dealing with his parents’ divorce and started doing drugs. Eventually, he was admitted into a rehab facility. The Daily Mail reported that Harrison took part in family therapy at the facility. Malcolm was eventually successful in beating his addiction and shifted his energy to making music.
He was in a relationship with Canadian model Jessica Stam in 2008. Stam gained fame as part of the crop of models known as “doll faces”. In 2007, she was listed at number 15 among the World’s 15 Top-Earning Supermodels by Forbes magazine.
On November 4, 2015, Malcolm lost his mother to neuroendocrine cancer. Mathison’s death deeply affected him as they were very close. 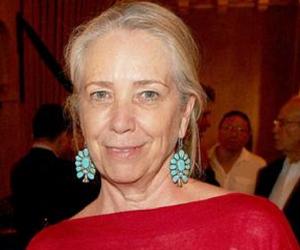