Mairead Maguire, formerly known as Mairead Corrigan, is a peace activist who co-founded Community for Peace People with Ciaran McKeown and Betty Williams. The organization is dedicated towards encouraging a peaceful resolution of the Troubles in Northern Ireland. For their work, Maguire and Williams were awarded the 1976 Nobel Peace Prize. She was also was a co-founder of the Committee on the Administration of Justice, a non-sectarian organization of Northern Ireland which defends human rights and advocates repeal of the government’s emergency laws. Born into a large family, she had to drop out of school at the age of 14. She started working and soon saved enough money to fund a year of education at Miss Gordon's Commercial College. Even though she was active in community work from a young age, she became active with the Northern Ireland peace movement following a personal tragedy that led to the founding of Community for Peace People. Her relentless work with the community, advocating a nonviolent resolution of the Northern Ireland conflict earned her much respect and acclaim, including the Nobel Peace Prize at the age of 32. She continues to be active in peace work and was one of the founders of the Nobel Women's Initiative along with fellow Peace Prize laureates Betty Williams, Shirin Ebadi, Wangari Maathai, Jody Williams, and Rigoberta Menchú Tum. Martti Ahtisaari
Peace Activists #23
Activists #867
DID WE MISS SOMEONE?
CLICK HERE AND TELL US
WE'LL MAKE SURE
THEY'RE HERE A.S.A.P
Quick Facts

Irish People
Irish Women
Women Activists
Irish Activists
Women Peace Activists
Childhood & Early Life
Mairead Maguire was born on 27 January 1944 in Belfast, Northern Ireland, into a Roman Catholic Community. Her parents were Andrew and Margaret Corrigan, and she has five sisters and two brothers.
She attended St. Vincent's Primary School, a private Catholic school, but was forced to drop out at the age of 14 as her family could no longer afford to pay the fees.
She took up a job as a babysitter at a Catholic community center and saved enough money to enroll in a year of business classes at Miss Gordon's Commercial College.
Continue Reading Below
You May Like

The Sexiest Men Of 2020, Ranked
Career
After completing her education, Mairead Maguire got a job as an accounting clerk with a local factory at the age of 16. She was interested in community service from a young age and regularly volunteered with the Legion of Mary, spending her evenings and weekends working with children and visiting inmates at Long Kesh prison.
At the age of 21, she began working as a secretary for the Guinness brewery, where she remained employed until December 1976.
A great tragedy befell the family in August 1976. A car being driven by an Irish Republican Army (IRA) terrorist Danny Lennon went out of control when the IRA man was shot by British troops while trying to make a getaway. The car went out of control and hit Mairead’s sister Anne Maguire and three of her children who were out shopping. Anne survived but all the three children were killed. Heartbroken, Anne later committed suicide.
This gruesome accident was witnessed by Betty Williams, a resident of Andersonstown, who accused the IRA of firing at the British patrol and provoking the incident. Mairead and Betty Williams joined hands to fight against the growing violence in Northern Ireland.
They began collecting signatures for a peace petition from Protestants and Catholics and were able to assemble some 200 women to march for peace in Belfast. More marches were organized, with an increasing number of people joining the two women. A march to the burial sites of the three Maguire children, brought 10,000 Protestant and Catholic women together.
The marchers had to face considerable violence at the hands of the PIRA members, and several of them, including Mairead and Williams, were physically attacked. The movement nonetheless continued to grow rapidly and within weeks there were 35,000 people on the streets of Belfast petitioning for peace between the republican and loyalist factions.
The growing popularity of the movement prompted the women to adopt the name "Women for Peace”. Some male members, including ‘Irish Press’ correspondent Ciaran McKeown also joined, and the name of the movement was changed to the gender-neutral "Community of Peace People," or simply "Peace People.”
The organization was involved in several peace promoting activities like publishing a biweekly paper, providing bus service to families of prisoners in Belfast jails, and advocating a nonviolent resolution of the Northern Ireland.
Mairead Maguire co-founded the Committee on the Administration of Justice, a nonsectarian organization dedicated to defending human rights in 1981. She has also been involved in a number of campaigns on behalf of political prisoners around the world.
She is a wide traveler and has been to more than 25 countries including United States, New Zealand, Australia, Japan, Israel, Austria, Croatia and Slovenia in her mission to promote the establishment of peace and justice by nonviolent means. In the course of her work she has met with such world leaders as Pope John Paul II, Queen Elizabeth II, and President Jimmy Carter.
In 2003, she was selected to serve on the honorary board of the International Coalition for the Decade and in 2006, Maguire was one of the founders of the Nobel Women's Initiative along with fellow Peace Prize laureates Betty Williams, Shirin Ebadi, Wangari Maathai, Jody Williams, and Rigoberta Menchú Tum.
Major Work
Mairead Maguire is best known as one of the co-founders of Community of Peace People with Ciaran McKeown and Betty Williams. The organization is dedicated to encouraging a peaceful resolution of the Troubles in Northern Ireland through non-violent means.
Awards & Achievements
Mairead Maguire and Betty Williams were jointly awarded the Nobel Peace Prize 1976.
The Nuclear Age Peace Foundation honored her with the Distinguished Peace Leadership Award in 1992, "for her moral leadership and steadfast commitment to social justice and nonviolence."
She was honored with the Science and Peace Gold Medal by the Albert Schweitzer International University in 2006, for meaningfully contributing to the spread of culture and the defence of world peace.
Personal Life & Legacy
After her sister Anne committed suicide, Mairead Corrigan married her former brother-in-law, Jackie Maguire. She has three step-children—her sister’s children—and two of her own.
You May Like

See the events in life of Mairead Maguire in Chronological Order 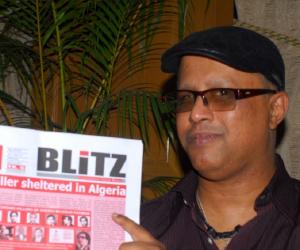 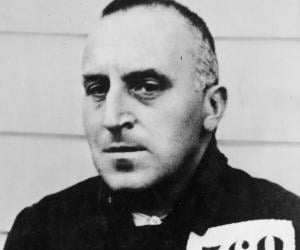 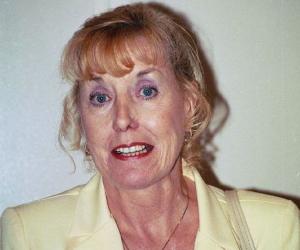