Madge Sinclair was a Jamaican-born actor who is best known for her iconic role of nurse ‘Ernestine Shoop’ in the series 'Trapper John, M.D.' Her portrayal as the professional nurse not only helped her establish herself as a great actor but also led her to be an entrepreneur. Madge’s nurse costumes on the show, which were designed by herself, were so popular that she launched a line that offered designer nurse uniforms. The miniseries 'Roots' was also a significant feather in Madge’s crown. She also worked as a voice-over artist and won a 'Primetime Emmy Award' for her performance in the series 'Gabriel's Fire.' Jamaican groups in Chicago and Boston have honored Madge with various awards. She was married twice and co-owned two art galleries devoted to Jamaican art with her second husband. She also owned a production company. Madge died of leukemia at the age of 55.

Ali Hewson
DID WE MISS SOMEONE?
CLICK HERE AND TELL US
WE'LL MAKE SURE
THEY'RE HERE A.S.A.P
Quick Facts 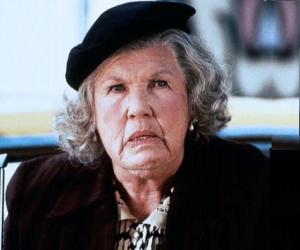 Jamaican Celebrities
Black Actresses
Black Film & Theater Personalities
Jamaican Women
Taurus Actresses
Childhood & Early Life
Madge was born Madge Dorita Walters, on April 28, 1938, in Kingston, Jamaica, to Herbert and Jemima Walters. She had a sister named Norma Foote. Madge is the third cousin of the late political leader and entrepreneur Marcus Garvey.
Madge went to 'Shortwood College for Women' in Kingston. She worked as a school teacher until 1966 and then moved to New York to pursue an acting career. Her journey as an actor began with the 'New York Shakespearean Festival.'
Continue Reading Below
Career
Madge had a few jobs to support her finances in her initial days in New York. She worked as a cashier in the garment district and at a theater chain. She also had a job on Wall Street. In 1971, Madge played ‘Clytemnestra’ in the 'The Wedding of Iphigenia,’ a 'New York Shakespearean Festival' production.
Madge later ventured into modeling. One of her assignments required her to show her acting skills. She was then scouted by an agent who introduced her to Joseph Papp’s 'Public Theatre.' Madge successfully bagged a theater role and continued working with the 'Public Theatre' for the next 3 years.
Her theater experience later helped her bag some significant roles. Madge made her TV and film debut the same year. She was cast as ‘Tituba’ in the 1972 release 'The Witches of Salem: The Horror and the Hope' and also was seen as ‘Boots’ in the 'NBC' crime drama 'Madigan.'
In 1974, Madge got her first prominent role, as ‘Mrs. Scott,’ in the drama film 'Conrack.' The role earned her an 'NAACP Image Award' nomination. She also made appearances in two 'CBS' series, 'Medical Center' and 'The Waltons.' In 1977, Madge played ‘Bell Reynolds,’ her first guest role, in the 'ABC' miniseries 'Roots.' Her outstanding performance earned her a 'Primetime Emmy Award' nomination.
The following year, Madge played a widow in the action film 'Convoy.' She also appeared in the TV movie 'One in a Million: The Ron LeFlore Story' (1978). Madge was then seen in an episode of the 'CBS' drama 'The White Shadow.'
From 1980 to 1986, Madge portrayed the iconic character of nurse ‘Ernestine Shoop’ in the 'CBS' medical drama 'Trapper John, M.D.' Her performance not only earned her huge accolades but also helped her earn her second 'Primetime Emmy Award' nomination. The character turned Madge into an entrepreneur, and she launched 'Madge Walters Sinclair Inc.,’ a customized line of nurse uniforms.
After Madge ended her stint as nurse ‘Shoop,’ she made a brief appearance (uncredited) as the captain of the ‘USS Saratoga’ in the 1986 science-fiction movie 'Star Trek IV: The Voyage Home.' With this, she became the first actor to play a ‘Starfleet’ captain in a 'Star Trek' franchise. Later, in 1993, Madge played a significant 'Star Trek' character, ‘Captain Silva La Forge,’ in an episode of the TV series 'Star Trek: The Next Generation.'
In 1987, Madge appeared as ‘Gussie Lemmons,’ a recurring character in the 'ABC' series 'Ohara.' She worked with James Earl Jones and her on-screen husband from ‘Roots,’ John Amos, in the 1988 romantic comedy 'Coming to America.' James and Madge reunited in the 1994 animated venture 'The Lion King' as voice-over artists. Madge voiced the character ‘Queen Sarabi,’ ‘Simba’s mother.
Madge again shared screen space with James in the 'ABC' series 'Gabriel's Fire.' Her portrayal of the character ‘Empress Josephine’ helped her earn her a 'Primetime Emmy’ award and a ‘Viewers for Quality Television Award’ nomination. Madge’s supporting role in the 1992 TV movie 'Jonathan: The Boy Nobody Wanted' also brought her huge critical acclaim.
Madge was cast as ‘Isabella’ in the 1993 play 'The Lion,' which was staged at the ‘Cochrane Theatre' in London. She has also made appearances in seven productions at the 'Los Angeles Theatre Center.' Madge’s last acting role was that of ‘Mrs. Charles’ in an episode of the sitcom 'Dream On.' The episode was aired just a month before her death.
Madge received the 'Order of Distinction, Rank of Commander' from the prime minister of Jamaica.
Family, Personal Life & Death
Madge married a Jamaican police officer named Royston Sinclair in 1956. They had two sons, namely, Garry and Wayne. In 1968, she moved to the US to pursue her acting career, and the following year, she divorced her husband. Madge, however, visited her sons in Jamaica during vacations. They later started living with Madge in the US.
Madge met her second husband, production stage manager Dean Compton, in New York. She married him in 1982.
Madge died on December 20, 1995, at the 'Good Samaritan Hospital' in Los Angeles, succumbing to leukemia. After cremation, her ashes were scattered in Jamaica. Madge’s family requested people to make memorial contributions to 'Maxfield's Children's Home' and the Greater Los Angeles chapter of the ‘Leukemia Society of America' in Kingston.

See the events in life of Madge Sinclair in Chronological Order 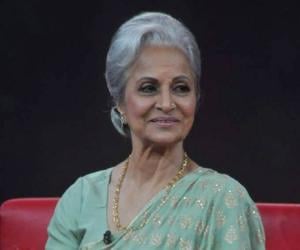 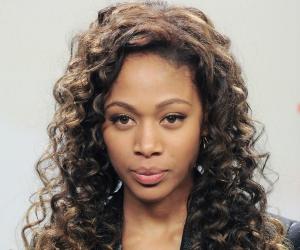