Advanced Search
Talk of Kim Cattrall and the first thing that strikes the mind is her role as Samantha Jones in the popular HBO television sitcom, ‘Sex & the City’. A noted actress, Cattrall’s portrayal of the character of Samantha Jones has been a defining moment in her career. The sitcom not only amplified her popularity amongst the national audience but made her an international star giving her much fame and recognition. The role also won her several awards. Cattrall started her career on the big screen with the film, ‘Rosebud’ following which, she starred in guest roles in several television series throughout the 1970s decade. ‘Tribute’ marked her comeback to the big screen. What gives Cattrall an edge over other actresses and luminaries is the fact that she infuses life into her character which looks believable and authentic. Some of the films in which she played an outstanding role include ‘Police Academy’, ‘Big Trouble in Little China’, ‘Mannequin’, ‘Porky's’ and ‘Star Trek VI: The Undiscovered Country’. British People
Canadian People
Canadian Women
American Academy Of Dramatic Arts
London Academy Of Music And Dramatic Art
Leo Actresses
Childhood & Early Life
Kim Cattrall was born to Gladys Shane and Dennis Cattrall in Mossley Hill, Liverpool. Her father was employed as a construction engineer, while her mother worked as a secretary.
The Cattrall family emigrated to the Canadian city of Courtenay in British Columbia when she was barely 3 months old.
She temporarily returned to England at the age of 11. During that time, she took a number of acting examinations with the London Academy of Music and Dramatic Art (LAMDA).
Five years later, she returned to Canada to complete her high school degree. She graduated from the high school in 1972. 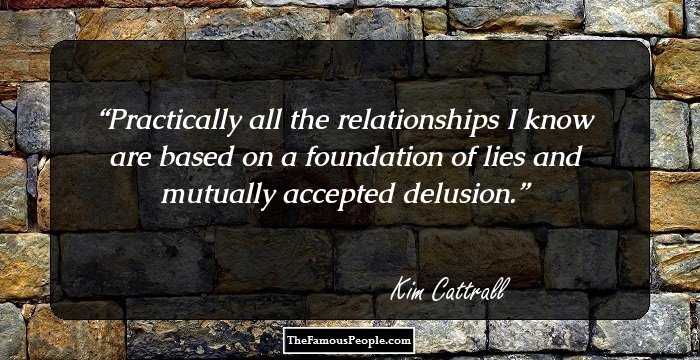 Quotes: I
Continue Reading Below
Career
Completing her academic degree, she left for New York to pursue a career in acting. Therein, she enrolled and attended the American Academy of Dramatic Arts. Immediately, after graduating from the same, she signed a five-year film deal with director Otto Preminger.
She made her debut in the big screen with the film, ‘Rosebud’ in 1975. The following year, Universal Studios bought her contract.
Subsequently, she made guest appearances in a number of television shows as ‘Good Against Evil’, ‘Quincy, M.E.’, ‘Logan's Run’, ‘The Hardy Boys/Nancy Drew Mysteries’. Additionally, she played female lead in an episode each of the television shows, ‘Columbo’ and ‘Starsky and Hutch’
In 1979, she made cameo appearance in single episode of various television shows such as Dr Gabrielle White in ‘The Incredible Hulk’, Dolores in ‘How the West Was Won’, Princess Zara in ‘Vega$’ and Sharon in ‘Charlie's Angels’
Her outstanding performance in the television shows and her perseverance as an actor paid off when she was cast in the lead role of Sally Haines in the film, ‘Tribute’ opposite Jack Lemmon. The film was a raving success, both commercially and critically.
Following the release of ‘Tribute’ she was seen in a couple of other films such as ‘Ticket to Heaven’, which was yet another critically acclaimed movie. In 1982, she played the character of P.E. teacher Miss Honeywell (‘Lassie’) in the film ‘Porky's’.
In 1984, she starred in the film, ‘Police Academy’. Year 1985 was a busy one for her in terms of movie releases as three of her movies, ‘Turk 182’, ‘City Limits’ and ‘Hold-Up’ were slated for a release
‘Mannequin’ released in 1987 and was a major success at the box office and was followed by a couple of other releases such as ‘Masquerade’, ‘The Return of the Musketeers’, ‘Palais Royale’ and ‘The Bonfire of the Vanities’. Her 1991 role of Lieutenant Valeris in ‘Star Trek VI: The Undiscovered Country’ was much appreciated.
Meanwhile, she did not give up on her television career completely and was seen making appearances in the television films and miniseries, such as ‘Double Vision’, ‘Wild Palms’, ‘Dream On’, ‘Two Golden Balls’ and so on.
Continue Reading Below
From 1995 to 1997, she appeared in several television series and films such as ‘The Outer Limits’, ‘Invasion’, ‘Above Suspicion’, ‘Live Nude Girls’, ‘Exception to the Rule’ and ‘Duckman’.
In 1998, she appeared as Samantha Jones in the Darren Star’s series ‘Sex and the City’. Broadcast on HBO, the show lasted until 2004. It earned her much national and international recognition for dealing with the character of Samantha Jones with outstanding panache. The teaming popularity led her to reprise her role for the film version in 2008 and its sequel in 2010.
Meanwhile, while shooting for ‘Sex and the City’, she did not give up on her career at the big screen and continued to star in various films such as ‘Baby Geniuses’, ’15 Minutes’, and ‘The Devil and Daniel Webster’. She also appeared in Britney Spears' first film venture, ‘Crossroads’
Her role as ice skating coach Tina Harwood in the Disney film, Ice Princess’ earned her much acclaim for her astute portrayal of the character. It even won her several awards in the Teen Film/TV Series International Awards.
Following this, she made cameo appearances in several television shows such as ‘My Boy Jack’, ‘The Sunday Night Project’, ‘The Simpsons’, ‘Producing Parker’ and ‘Who do You Think You Are?’.
In 2010, she starred as Amelia Bly in Roman Polanski's film ‘The Ghost Writer’. The movie was well received and so was her character play. Taking the success story forward, she starred as Gloria Scabius in the critically acclaimed Channel 4 adaptation of William Boyd's Novel ‘Any Human Heart’.
The same year, she acted as a leading lady in the West End of London at the Vaudeville Theatre for the revival of No�l Coward's play ‘Private Lives’. Furthermore, she played Cleopatra in the play, ‘Antony and Cleopatra’ in Liverpool at the Playhouse.
In 2011, she reprised her role of Amada in a production of No�l Coward's ‘Private Lives’ for Broadway. 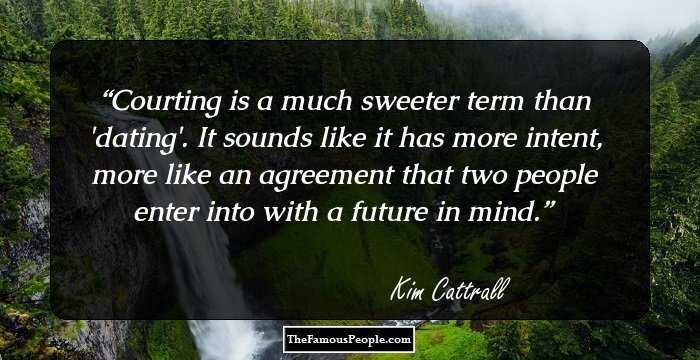 Quotes: Future, Like
Continue Reading Below
Awards & Achievements
In 2003, she won a Golden Globe Award for Best Performance by an Actress in a Supporting Role in a Series, Mini-Series or Motion Picture Made for Television for the show, ‘Sex and the City’. She even won two Screen Actors Guild Awards for Outstanding Female Actress in a Comedy Series for ‘Sex and the City’
In 2005, she won the Teen Film/TV Series International Awards for Best Comedy Actress or Drama Support Role for ‘Ice Princess’.
At the 2008 Banff World Television Festival, she was bestowed with the NBC Universal Award of Distinction.
In 2009, she received a star on Canada's Walk of Fame in Toronto, Ontario.
In 2010, she won a Gemini Award for Best Performance in an Animated Programme or Series for ‘Producing Parker’. The same year, she was named an Honorary Fellow of Liverpool John Moores University in recognition of her contributions to the dramatic arts.
Personal Life & Legacy
She has married thrice in her lifetime. The first was to Larry Davis in 1977. The unison did not work out and the two separated in 1979.
Following this, she next went into the wedlock with Andre J Lyson in 1982. This marriage too did not work out for long and was annulled in 1989.
In 1998, she tied the nuptials with audio designer and jazz bassist, Mark Levinson. The two co-wrote the book, ‘Satisfaction: The Art of the Female Orgasm’ as per a publishing deal. In 2004, they separated.
She has been in a number of romantic relationships all through her life with famous personalities, including Canadian Prime Minister Pierre Elliott Trudeau, actor Daniel Benzali and Alexander Siddig, musician Gerald Casale of the New Wave group Devo, French public intellectual Bernard-Henri L�vy, and so on.
She holds a dual British and Canadian citizenship.
Trivia
This British-Canadian actress of the ‘Sex & The City’ fame is one of the last participants in the studio ‘contract’ system.

See the events in life of Kim Cattrall in Chronological Order