Lymari Nadal is a Puerto Rican actress, producer, and scriptwriter, who has worked in multiple American television series and movies. While she started her career in Hollywood in 2002, not much is known about her childhood or marriage and subsequent separation from Hollywood actor, director, producer, and activist Edward James Olmos. She is perhaps most notable for her role opposite Denzel Washington in the American biographical crime movie, ‘American Gangster’. In recognition of the actor's work, she, along with her co-stars in the movie, were nominated for Outstanding Performance by a Cast in a Motion Picture, for the Screen Actors Guild awards. While she has no children of her own, she is stepmother to Olmos's two children. Natasha Leggero
DID WE MISS SOMEONE?
CLICK HERE AND TELL US
WE'LL MAKE SURE
THEY'RE HERE A.S.A.P
Quick Facts

American People
Puerto Rican People
Puerto Rican Women
Aquarius Actresses
American Actresses
Actresses Who Are In Their 40s
Childhood & Early Life
Lymari Nadal Torres was born on February 11, 1978, in Ponce, Puerto Rico. Not much is shared publicly about her parents Daniel Nadal and Anaida Torres, except to say Lymari Nadal is of mixed ethnicity. A high school graduate from Academia Santa María, she completed her Master's degree in Chemistry, at the age of 22 (in 2000), from the Pontifical Catholic University of Puerto Rico. While studying there, she also enrolled in acting classes.
Recommended Lists:

Puerto Rican Actresses
Women Film & Theater Personalities
American Film & Theater Personalities
Puerto Rican Film & Theater Personalities
Continue Reading Below
Career
After her graduation from college, Lymari Nadal went on to work in theatre in San Juan. She moved to Los Angeles in 2001. She also wrote a television sitcom based on her own grad school experience, which was picked up and developed by the 'ABC' network, but never screened.
She studied at the ‘London Academy of Music and Dramatic Arts’, graduating in 2002. That same year, she debuted as an actress in the American television series, ‘American Family’, playing the character of Linda. This show holds the distinction of being the first American broadcast show to have a complete Latino cast. This was Lymari's first role after her graduation.
In 2006, she played the title role in Federico García Lorca's 'Yerma', which was directed by Maria Galban. That same year, a Puerto Rican movie she had acted in as the character Marisol, 'Thieves and Liars’, saw an initial release.
In perhaps her most famous role so far, Lymari Nadal played Frank Lucas's wife in the 2007 crime movie, ‘American Gangster’. She played a leading role, that of Eva, opposite Hollywood star Denzel Washington. She and her co-stars went on to receive a ‘Screen Actors Guild’ nomination for ‘Outstanding Performance by a Cast in a Motion Picture’, for their portrayals in this movie.
She also starred as herself in an episode of ‘Más Vale Tarde’, a Spanish-language talk show that was hosted by Alex Cambert. This episode aired on February 21, 2008.
She acted in the three-hour miniseries ‘Battlestar Galactica: The Plan’, playing Giana, in 2009. She then played the part of Hazel Ortega in an episode of television show ‘CSI: NY’ in 2010. Later, in 2011, she wrote and acted in a film produced by 2) Frances Lausell, ‘America’.
She has also acted in television series like 'Light from the Darkroom in 2014, Noches con Platanito, also in 2014. As of 2020, she is working on a musical drama, La Leyenda.
Recommended Lists: 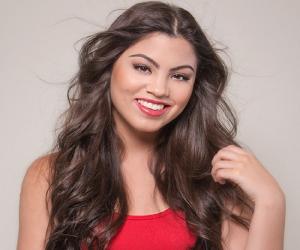 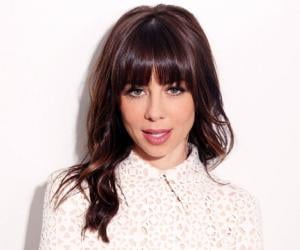