Advanced Search
Lupita Nyong’o is an award-winning Kenyan–Mexican actor. She was educated in the US and went from being a production assistant to winning an ‘Academy Award’ in just a few years. Her remarkable talent and intelligence helped her build an impressive career, with diverse and meaningful projects that most actors can only dream of. Her ‘Academy Award’-winning part came shortly after her graduation from ‘Yale,’ in the highly acclaimed film ‘12 Years a Slave,’ directed by Steve McQueen. That was the first time a Kenyan or a Mexican actor had ever won an ‘Academy Award.’ She also delivered brilliant performances on ‘Broadway,’ in the play ‘Eclipsed,’ which was highly praised by critics. She directed a music video and appeared in box-office hits such as ‘Star Wars: The Force Awakens,’ ‘The Jungle Book,’ ‘Black Panther,’ and the horror movie ‘Us.’ She also fights to raise awareness for issues in Africa, such as serious health problems, poachers, and animal rights. She has also spoken about the bitter side of Hollywood, especially the sexual harassment many actors have to endure in the industry. Marisa Coughlan
DID WE MISS SOMEONE?
CLICK HERE AND TELL US
WE'LL MAKE SURE
THEY'RE HERE A.S.A.P
Quick Facts 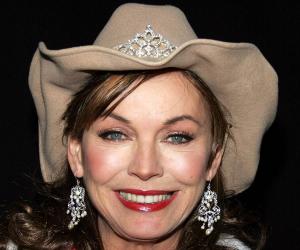 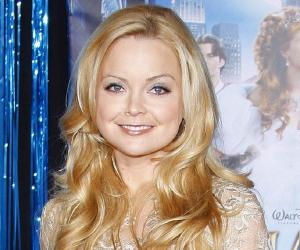 Kenyan People
Mexican People
Black Film & Theater Personalities
Kenyan Women
Mexican Women
Yale University
Childhood & Early Life
Lupita Amondi Nyong’o was born in Mexico City, on March 1, 1983. Her family lived in Kenya but had to leave the country as a result of a political repression. They had all suffered for being activists fighting against a brutal president. Her father was tortured, while her uncle was attacked and pushed off a ferry. His body was never recovered, and the official report stated it had been an accident. The atrocities her family had to live with probably contributed to her deep understanding of her character’s pain in ‘12 Years a Slave.’ Her experience also helped her deliver a brilliant performance in the movie.
Despite the hardships, her family provided a safe and encouraging environment for their daughter. Her Kenyan parents are both highly educated people and encouraged their children’s intellect and creativity. Her mother, Dorothy Ogada Buyu, is the managing director of the ‘Africa Cancer Foundation’ and has her own communication company. Her father, Peter Anyang’ Nyong’o, is a college professor and politician, who was even the minister for medical services in Kenya.
When Lupita was a year old, her family went back to Kenya, and she spent her childhood in Nairobi. However, her family later sent her to Mexico for 7 months to learn Spanish. While attending the ‘Rusinga International School’ in Kenya, she took part in school plays and realized her passion for acting. Her first role as a professional actor was in a ‘Phoenix Players’ company production of ‘Romeo and Juliet’ when she was 14.
She continued her education at ‘St. Mary’s School’ in Nairobi and went to college in the US. She studied film and theater at ‘Hampshire College.’ After her acting career began to grow, she went back to school. She joined the prestigious ‘Yale School of Drama,’ where she performed in many school projects and even won a prize for “Acting Students with Outstanding Ability.”
Career
Just after graduating from ‘Yale,’ she bagged the chance to play ‘Patsey’ in the historical drama ‘12 Years a Slave’ (2013). The film was produced by Brad Pitt, directed by Steve McQueen, and had a brilliant cast. Thus, there was no surprise that it was the star of the ‘Academy Awards’ that year. It narrated the story of ‘Solomon Northup,’ a free man kidnapped and sold as a slave. Solomon was shown befriending Lupita’s character, Patsey, an enslaved young woman. Her performance amazed critics. The British film magazine ‘Empire’ wrote that she “gives one of the most committed big-screen debuts imaginable.”
The following year, she appeared in the action films ‘Non-Stop’ and ‘Star Wars: The Force Awakens.’ After these roles, which were quite different from her first success, she returned to theater to appear in ‘Eclipsed,’ a drama that eventually made it to ‘Broadway’ and earned Lupita nominations for ‘Tony Awards.’
In 2016, the actor returned to the big screen and appeared in ‘Queen of Katwe’ and ‘The Jungle Book.’ The outstanding ‘Marvel’ box-office hit ‘Black Panther’ featured her as ‘Nakia.’ Lupita told journalists that it felt great to be at the heart of an action movie and that she enjoyed doing many of her stunts herself. She also claimed she had not realized how intense her training would be.
Another big success came in 2019, with the horror ‘Us,’ directed by Jordan Peele. The movie told the story of a family terrorized by a group of strangers looking exactly like them but wanting to kill them. Lupita had to play a double role, and this made critics praise her. However, she admitted that the role had taken all her inner resources and had exhausted her. It was an emotional experience, and she even had to take breathing lessons to manage the voice of her evil character in the movie.
She directed and produced the 2009 video documentary ‘In My Genes.’
Controversy
After ‘Us’ released, some people accused her of demonizing disabled people by altering the voice of her character. She explained that her voice in the movie was inspired by a condition called spasmodic dysphonia, a neurological disorder, and she had no negative intention while changing her voice to suit her character. She stated, “The voice of Red was a composite of influences and definitely a creation of my imagination.”
Family & Personal Life
Lupita Nyong’o is very discreet when it comes to her personal life. There were rumors about her dating different men, but she chose not to comment on any such speculation. She is so busy with her charity and other work that she probably does not have any time for a relationship. She delivers speeches about the beauty of black women, advocates for animal rights, and also fights for creating birthing centers in Uganda. She also works as a model and has been chosen to be the face of many designers and magazines.
Trivia
The actor is of Luo descent and has five siblings. The Luo people have the tradition of naming name children after the events of the day they are born. Thus, her Spanish name, “Lupita,” is short for “Guadalupe.”

See the events in life of Lupita Nyong'o in Chronological Order 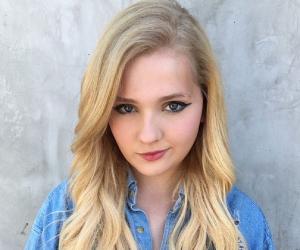 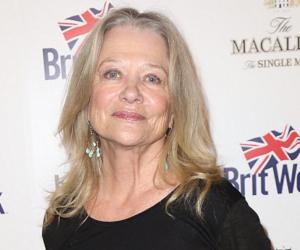