Lucas Ovalle is an American "Viner" and actor. He gained fame through the app 'Vine' and later ventured into 'Instagram' and 'YouTube.' He has acted in a few short films directed by his award-winning filmmaker brother Josh Kennedy and has even assisted him in some of them. All his short films have received national and international acclaim and have been screened at several film festivals. He has already made his debut as an independent filmmaker and has released his first short film on his 'YouTube' channel. Lucas worked for a fundraising campaign for cancer patients after he lost his girlfriend to cancer. 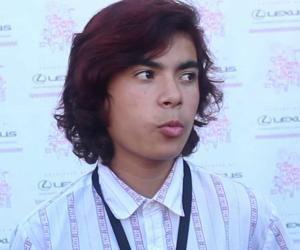 Elijah
Viners #97
YouTubers #100
30th July In History
DID WE MISS SOMEONE?
CLICK HERE AND TELL US
WE'LL MAKE SURE
THEY'RE HERE A.S.A.P
Quick Facts

American People
Male Viners
American Viners
Male Social Media Stars
American Social Media Stars
Career
Lucas started his career as a "Viner" in June 2014. The first 'Vine' he posted was 'I'm a strait gangstar' and it caught the attention of many. He also remade one of "Viner" Boris Laursen’s “Vines,” 'Don't waste your time being sad.' Eventually, Lucas gained an impressive fan following on the platform. With his incredible acting skills and comic timing, Lucas managed to earn more than 100 thousand followers on his 'Vine' account, 'boysru1e.' He then turned toward 'Instagram' and earned similar popularity on the platform. His posts on ‘Instagram’ have earned him around 210 thousand followers on the platform.
Recommended Lists:

Leo Men
Apart from being an actor, Lucas is also an assistant director. When he started his career on 'Vine,' he simultaneously acted in a few short films, too. He made his acting debut with the 2014 short film 'Two and a Quarter Minutes.' Directed by his brother Josh, the film was a great success and was screened at about 57 film festivals, including the ‘Toronto International Film Festival.’ Following this, he appeared in the 2017 romantic short film 'Spendtime Palace: Sonora.' He also worked as an assistant director for the film. Like his debut short film, this film, too, received immense appreciation. Inspired by his brother, Lucas developed a keen interest in filmmaking. He made his debut as a filmmaker in 2016, when he released the short film 'Daydream Dystopia - (Super 8)' on his 'YouTube' channel. The channel is yet to gain momentum and has only eight thousand subscribers.
You May Like

The Hottest Male Celebrities With The Best Abs
Continue Reading Below
Personal Life
Lucas was born on July 30, 2000, in the US. His elder brother, Josh Kennedy, is an award-winning filmmaker, and his other brother, Elijah, is an upcoming actor.
Lucas was in a relationship with "Viner" Emma Greer DiBiase. Unfortunately, Emma was diagnosed with alveolar rhabdomyosarcoma, a type of cancer. She passed away in 2016. Emma’s demise affected Lucas deeply, and he decided to join a fundraising campaign for cancer patients. When Emma was undergoing her cancer treatment, her family had a hard time dealing with the finances involved in the treatment. Thus, Lucas joined a fund-raising campaign for the 'Leukemia & Lymphoma Society,' in an attempt to provide timely finances to the families of cancer patients. The gesture was highly appreciated by his fans. Lucas regularly “tweeted” about Emma’s progress. He supported her throughout the ordeal.
Lucas had an emotional breakdown after Emma’s death and had once posted his wish to die on his 'Twitter' page. He, however, clarified in the same post that his statement reflected his inability to cope with Emma’s death and not a suicidal tendency.
Lucas is now in a relationship with social-media star and beauty vlogger Macy Sorrelle. 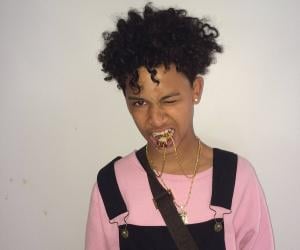