Liv Tyler is an American actress, singer, producer, and former model. Blessed with breathtaking beauty and enviable lips, Liv Tyler made her debut in the world of acting after working as a model. After a ground-breaking performance in the movie ‘Stealing Beauty,’ she further proved her talent by delivering critically acclaimed performances. In what turned out to be a dramatic experience, Tyler discovered that her biological father was Steven Tyler. She had a difficult childhood and suffered typical teenage issues. Eventually, she moved to New York City and started pursuing her career in acting. After a break in her modeling career, she embarked on a film career and has since worked in a variety of projects. After appearing in supporting roles, she received her breakthrough role in ‘Stealing Beauty’ after which there was no looking back. By taking up various roles in films like ‘Armageddon’ and ‘Plunkett & Macleane,’ Tyler has gone out of her comfort zone on many occasions. She often experiments with her roles, much to the liking of her fans. She has also been involved with humanitarian works and is the Goodwill ambassador for UNICEF. 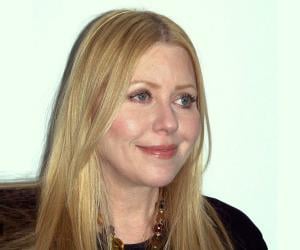 Amber Heard
Actresses #153
Film & Theater Personalities #387
DID WE MISS SOMEONE?
CLICK HERE AND TELL US
WE'LL MAKE SURE
THEY'RE HERE A.S.A.P
Quick Facts

American People
New Yorkers Actresses
Cancer Actresses
American Actresses
Actresses Who Are In Their 40s
Childhood & Early Life
Tyler was born Liv Rundgren on 1 July 1977, in East Harlem, New York, USA, to Bebe Buell, a model, singer, and former Playboy Playmate and Steven Tyler, the lead singer of ‘Aerosmith.’
She went to the Congressional Schools of Virginia, ‘Breakwater School’ and also attended ‘Waynflete School’ in Portland, Maine.
She returned to New York and attended the ‘York Preparatory’ from where she graduated in 1995. 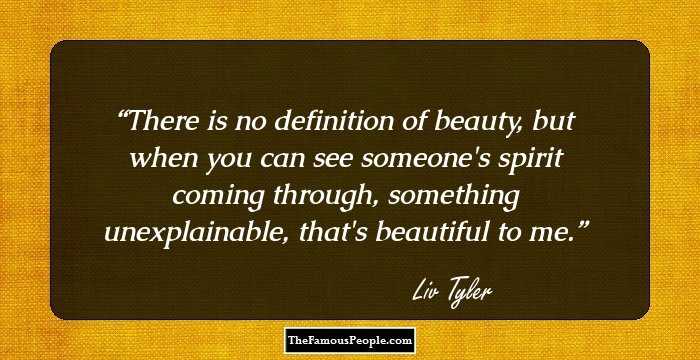 Quotes: You, Me, Beautiful
Continue Reading Below
You May Like

The Most Popular US Veterans
Career
Tyler’s first job was as a model when she was just 14 years old. After her pictures appeared in the ‘Interview Magazine,’ she started appearing in television commercials.
Bored with advertisements, she made a television appearance in the music video of the song ‘Crazy’ by ‘Aerosmith’ in 1994.
In 1994, she made her film debut with ‘Silent Fall.’ The next year, she was seen in the comedy drama film ‘Empire Records.’
In 1995, she played a young waitress in the film ‘Heavy.’ The following year, she starred in ‘Stealing Beauty.’ Her performance in the film played an important role in building her acting career. That year, she was also seen in the Tom Hanks- directed film ‘That Thing You Do!’
In 1997, she starred in ‘Inventing the Abbotts’ and was also chosen by ‘People’ magazine as one of the ‘50 Most Beautiful People.’
In 1998, Tyler appeared in the commercially successful film ‘Armageddon.’ ‘Aerosmith’ had composed the soundtrack for this film.
In 1999, she worked in the film adaptation of the Russian novel ‘Onegin.’ The same year, she also appeared in the historical comedy ‘Plunkett & Macleane’ and the crime-comedy ‘Cookie’s Fortune.’
Next year, she was seen in ‘Dr. T & the Women,’ starring with Richard Gere and Kate Hudson. She followed this up with her performances in ‘One Night at McCool’s’ and ‘The Lord of the Rings: The Fellowship of the Ring’ in 2001.
In 2002, she appeared in ‘The Lord of the Rings: The Two Towers.’ The following year, she appeared in ‘The Lord of the Rings: The Return of the King.’
Continue Reading Below
In 2004, she worked with Ben Affleck in ‘Jersey Girl.’ The following year, she acted in an independent drama film titled ‘Lonesome Jim’ which received critical appreciation.
In 2007, she starred with Adam Sandler in ‘Reign Over Me.’ She followed it up with her performance in ‘The Strangers’ which released in 2008.
In 2008, she was also seen in ‘The Incredible Hulk’ which garnered both commercial and critical acclaim.
She followed it up with her performance in two films, namely ‘Super’ (2010) and ‘The Ledge’ (2011). In 2013, she was seen in ‘Space Station 76.’
In 2014, she became part of the main cast of the supernatural mystery drama series ‘The Leftovers’ where she portrayed the character of ‘Megan “Meg” Abott’ till 2017.
She landed a main role in the BBC miniseries ‘Gunpowder’ in 2017. Her next big role came in the form of ‘Lady Isabella Fitzwilliam’ for the period drama series ‘Harlots’ in 2018.
After a brief break, she returned to movies with the horror fantasy film ‘Wilding’ in 2018. Though the movie received mixed to positive reviews, it was a failure at the box office.
In 2019, she starred alongside Brad Pitt and Tommy Lee Jones in the science fiction adventure film ‘Ad Astra.’ Directed by James Grey, the movie was well received by the critics.
She was cast to play ‘Michelle Blake’ in the action procedural drama TV series ‘9-1-1: Lone Star’ which premiered on January 19, 2020.
Continue Reading Below
Major Works
After playing several supporting roles, Tyler proved her acting skills in the movie ‘Stealing Beauty’ which released in 1996. The film earned her positive critical reviews and catapulted her to great fame in the entertainment industry.
Awards & Achievements
In 1999, she won her first award, ‘Russian Guild of Film Critics Award’ for ‘Best Foreign Actress’ for the film ‘Onegin.’
Tyler shared the ‘National Board of Review Award’ and the ‘Online Film Critics Society Award’ for ‘Best Acting by an Ensemble’ for the movie ‘The Lord of the Rings: The Return of the King’ in 2003.
In 2004, she won the ‘Critics’ Choice Award’ for ‘Best Acting Ensemble’ for the movie ‘The Lord of the Rings: The Return of the King.’ She also won the ‘Screen Actors Guild Award’ for ‘Outstanding Performance by a Cast in a Motion Picture’ for this movie.
Personal Life & Legacy
After dating British musician Royston Langdon for three years, she got engaged to him in 2001. They got married in 2003 and had a son named Milo William Langdon the following year.
Tyler and Langdon separated in 2008, after which Tyler moved to Los Angeles. Their divorce was finalized in October 2009.
She met British sports and entertainment manager David Gardner in 2014 and got engaged to him the following year. The couple has two children—a son named Sailor Gene (born 2015) and a daughter named Lula Rose (born 2016). She moved to London soon after her daughter’s birth.
Trivia
This American actress, who is the daughter of famous rock musician Steven Tyler, is dyslexic.
She owns an apartment in West 11th Street, Greenwich Village, New York City.

See the events in life of Liv Tyler in Chronological Order