Lil Scrappy, born as Darryl Kevin Richardson, is an American rapper. He is best known for his albums ‘Bred 2 Die Born 2 Live’ and ‘Tha GruStle’. He also released the albums ‘Prince of the South’ and ‘Prince of the South 2’. Besides these, he has worked on a handful of albums in collaboration with other artists. Some of these are ‘The King of Crunk & BME Recordings Present: Trillville & Lil Scrappy’ and ‘Silence & Secrecy: Black Rag Gang’. Coming to his singles, Scrappy has created many hit songs, the popular ones being ‘Money in the Bank’, ‘Gangsta Gangsta’ and ‘No Love’, to name a few. Currently, the talented rapper can be seen in the reality television series ‘Love & Hip Hop: Atlanta’. All these contributions made by Lil Scrappy to the music world as well as the small screen have made him a household name. Today, he is adored by millions of people and they follow him wholeheartedly on social media. 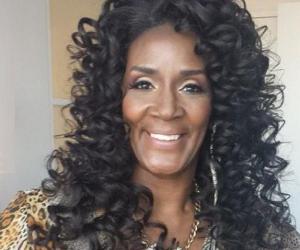 Jaden Smith
Rappers #518
Singers #3098
DID WE MISS SOMEONE?
CLICK HERE AND TELL US
WE'LL MAKE SURE
THEY'RE HERE A.S.A.P
Quick Facts

American People
Male Rappers
Male Singers
American Rappers
American Singers
Career
Lil Scrappy started his music career by releasing his debut album named ‘Bred 2 Die Born 2 Live’ in 2006. The album’s first single is ‘Money in the Bank’ and it features Young Buck. This track charted at #28 on US Billboard Hot 100 chart and also became the most commercially successful single to date in the country. The second and third singles of the album are called ‘Gangsta Gangsta’ and ‘Oh Yeah’ respectively. After this, Scrappy's second album titled ‘Prince of the South’ came out in 2008. Then in 2010, the rapper’s album titled ‘Prince of the South 2’ came out through Real Talk Entertainment. Its songs ‘Addicted To Money’ and ‘Bad’ were dubbed as promo singles as they failed to impress the audience.
Lil Scrappy’s album ‘Tha GruStle’ was released in June 2012. Its track ‘No Love’ garnered 100k views on YouTube in its very first week. Note that the American singer has also worked in collaborative albums ‘The King of Crunk & BME Recordings Present: Trillville & Lil Scrappy’ and ‘Silence & Secrecy: Black Rag Gang’ respectively. He even appears as one of the cast members on the reality show ‘Love & Hip Hop: Atlanta’.
You May Like

Capricorn Rappers
Capricorn Singers
Capricorn Men
Continue Reading Below
Personal Life
Lil Scrappy was born as Darryl Kevin Richardson on January 19, 1984 in Atlanta, Georgia, USA. His father, Darryl Sr. left the family before Lil Scrappy was born. Scrappy was then raised by his single mother along with his siblings. He attended a military high school in California. Moving towards his love life, Scrappy became involved in a relationship with Erica Dixon and raised a daughter, Emani. However, the couple broke up later on. It is also in the news that the American rapper had previously dated Adi Benson and Shay Johnson. According to some sources, he is currently dating Bambi, a television personality.