Joseph Coleman was an American hip-hop artist and songwriter. He was better known by his stage name Lil JoJo. Joseph grew up in one of Chicago’s troubled neighbourhoods, where gang violence is rampant and crimes like larceny, robbery, and murder occur daily. His own father served 13 years for attempted murder. Furthermore, a year after he was released, he was sentenced again to 22 years on charges relating to drugs. In the absence of their father, Joseph became close to his half-brother John. While they did not want to sell drugs and end up in prison like their father, they eventually found their way into Gangster Disciples, a notorious Chicago-based criminal gang. Joseph first became interested in rapping after hearing Lil Durk's ‘L's Anthem’ on the car radio. He soon released ‘BDK (3HunnaK)’, a diss track aimed at the enemy crime gang Black Disciples. He also put out ‘Tied Up’ and ‘Have It All’ and collaborated with John and other members of his crew on their respective tracks. In September 2012, he was gunned down by an unknown assassin after mentioning his whereabouts on Twitter. This led the investigators to believe that this was a targeted hit. Lil Baby
6th April In History
DID WE MISS SOMEONE?
CLICK HERE AND TELL US
WE'LL MAKE SURE
THEY'RE HERE A.S.A.P
Quick Facts

American Celebrities
Black Hip Hop Singers
American Men
Tall Celebrities
Tall Male Celebrities
Childhood & Early Life
Coleman was born on April 6, 1994, in Chicago, Illinois. His mother’s name is Robin Russell. When he was five months old, his father was sentenced to 13 years in prison for attempted murder. As his father was not around, he grew close to his half-brother John, who was only three months older than him. He also had a sister.
John’s and Joseph’s mothers decided to raise their children together. While they lived in different houses, they often spent time at each other’s home. John, who is a rapper himself and goes by the stage name Swagg Dinero, later stated that they were basically the same people. They did not have to verbally communicate that much. They would just have to look at each other to know what the other was thinking.
When Joseph was about to turn 14, his father was released. According to John, that year was the happiest year of their lives, to which their father brought order. He took care of them, bought them whatever they needed, and corrected them when he thought they had done something wrong. However, a year later, he went back to prison after being sentenced to 22 years on drug-related charges. Joseph and John were 15 then.
Recommended Lists:

Aries Singers
Male Singers
American Singers
Aries Hip Hop Singers
Continue Reading Below
Involvement with Gangster Disciples & Rap Career
As their father was incarcerated again, the boys were forced to grow up without proper guidance. Their mothers were there and they tried their best but it was not enough. This was the time when they both started to get involved with Gangster Disciples. Most of their family members were part of the violence, and it was the environment they grew up in and the lack of a father-figure in their lives that led to criminal activities. Despite this, they did not sell drugs. Neither of them wanted to follow their father’s footsteps into prison.
Initially, Joseph was not much interested in rapping. John, on the other hand, had been rapping since his freshman year in school. They reached out to rapper/producer Smylez for help. One day, in March or April 2012, Joseph heard ‘L's Anthem’ on the radio of the car he and John were in. John recalls that moment as the one when his brother decided that he would rap as well. Joseph adopted the stage name ‘Lil JoJo’ and put out his first track ‘BDK (3HunnaK)’ on April 27, 2012. The title of the song is short for ‘Black Disciples Killer’, referring to the enemy criminal gang. Moreover, he recorded the song by rapping over the beats of ‘Everyday’ by Chief Keef, who is a known member of Black Disciples.
The song caused a huge uproar in Chicago’s crime scene. There were people in his crew that warned him not to do it but there were also others who encouraged him. John told him to do whatever he wanted. He thought that Lil JoJo would have given him the same advice had he been in his place.
Lil JoJo then released ‘Tied Up’, ‘Have it All’, and ‘I Got that Sack’. All of these songs were diss tracks on the Black Disciples members, including Lil Durk and Lil Reese. He also put out the mixtape ‘JoJo World’.
Recommended Lists:

American Hip-Hop & Rappers
Aries Men
Death
On September 4, 2012, Lil JoJo was riding double on a bicycle when a car pulled up and an unknown gunman shot him in the back six to seven times, killing him. He had earlier posted his location on Twitter, which led the investigators to believe that this was a targeted hit. Many claimed that those who were not happy with his diss tracks had orchestrated the hit but no arrest was ever made. A year later, John claimed that his brother’s killer was dead. 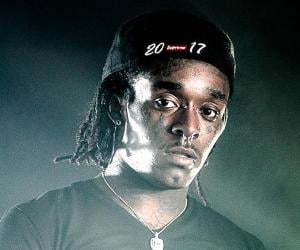