Advanced Search
Liadh Ni Riada is an Irish politician, an entrepreneur, a community activist, a filmmaker and a native Irish speaker who is a Member of the European Parliament (MEP) from Ireland. A republican, she has been announced as the candidate for the 2018 Irish presidential election by her party, Sinn Féin, which is part of the European United Left–Nordic Green Left (GUE/NGL) political group in the European Parliament. After her candidacy was announced, she vowed to be a “new President for a new Ireland” and told Irish Times that she envisions a “pluralist and inclusive” Ireland “that respects the identities and traditions of all”. Before joining politics, she worked as a television producer and director, and served on the board tasked with setting up TG4. She quickly rose up the ranks of Sinn Féin despite being a novice politician because she supported the party’s major causes and didn’t have to carry the burden of the party’s troubled era. As a native Irish speaker who had learned English only after she went to school, Ni Riada often campaigns for restoring Irish as the country’s primary language. Feargus OConnor
DID WE MISS SOMEONE?
CLICK HERE AND TELL US
WE'LL MAKE SURE
THEY'RE HERE A.S.A.P
Quick Facts 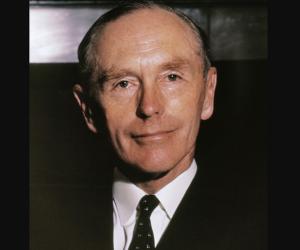