Lexi Rivera is the younger sister of YouTuber Brent Rivera. Both her elder brothers, Brice and Brent, are social media stars. Brice is older than Brent, and is an Instagram sensation, too. Lexi has more than 8 million followers on her Instagram account, lexibrookerivera. Lexi has featured in many of her brothers’ YouTube videos and received millions of views for them. Lexi Rivera is a trained gymnast; Brent had earlier created a YouTube channel for her when she was a little girl and uploaded a handful of her gymnastic videos. Lexi sometimes tours with Brent and has been with him to several cities, including Paris. She also has millions of subscribers on her YouTube channel, Alexa Rivera. 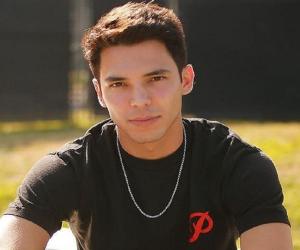 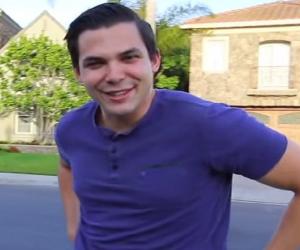 Lexi Rivera got social media recognition when her brother Brent began posting videos on YouTube. Until then, she was famous in her school and neighborhood for her achievements in gymnastics.

In order to highlight her skills, Brent posted videos of his sister after creating a separate account for her but stopped uploading her videos after his own channel blew up, demanding all of his time.

Seeing his brother’s success on YouTube, Brice Rivera too launched his channel, and featured Lexi in many of his videos. Brice became popular on Instagram and the same thing happened with Lexi Rivera too.

Even though Lexi Rivera is quite popular on Instagram and YouTube, she chooses to stay humble and away from all the limelight. She has more than 20 million fans on TikTok (Musical.ly). She also has amassed more than 8 million subscribers on her Alexa Rivera channel.

Who Is The Most Popular BTS Member?
Continue Reading Below
What Makes Lexi Rivera So Special

Any teenager would be blown away with the success of their elder siblings reflecting on them. However, for Lexi Rivera this isn’t the case; she stands her ground and believes in living life like any other normal girl would.

Lexi Rivera's passion for gymnastics is so profound that it has already taken her places. With the help of her elder brothers, Brent and Brice, and also by her hard work, she is now a famous social media star.

Lexi Rivera loves sports and gymnastics. She is athletic and full of zest. She loves traveling with her siblings and is often found hanging out with them and her friends. When it comes to cooking, she prefers pizzas to any other dish.

She is stylish and loves dressing comfortably yet fashionably. Lexi Rivera can write and speak Spanish. Her favorite movie is Hunger Games and her favorite cuisine is Chinese.

Lexi Rivera was born on June 7, 2001, in Huntington Beach, California. She is the youngest of four siblings. Her eldest brother, Blake Rivera, is a notable hockey player who has competed at the national championship with Jr. Ducks Hockey Team. She has another elder brother Brice, who is younger than Blake. Brice is followed by Brent, who is a year younger than Brice.

Since Lexi is the only daughter in the family, she receives a lot of attention and love from her brothers. Her mother Laura is of Mexican ancestry and her father's name is John.

Lexi was earlier linked with vine star Hayes Grier, who is a friend of Brent and has featured in several of his videos. However, Lexi refuted such rumors and stated that she and Hayes were only good friends. She later dated Ben Azelart, but the two broke up in late 2020.