(One of the Most Important Czech Composers of the 20th Century)

Leos Janacek is a significant name in the choral and orchestral music and is regarded as one among supreme Czech composers belonging to the twentieth century. His works caught attention because of the unique display of the contemporary and Romantic idiom in them. He was a multi-faced talent who served as music theorist, folklorist, music teacher and publicist. He indulged in folk music and learnt great deal about its notations and put them into use. Thus, he shaped up an original style of composition which earned him great reverence as a unique musician, among his contemporaries. Janacek’s usage of music, harmonies and orchestration were exquisitely distinctive. He used his knowledge to create unique, original and modern style compositions. He was very much influenced by his contemporaries like Antonín Dvoøák and composed many great works. Scroll further to read more about this dashing personality and gather information about his life, career and timeline. 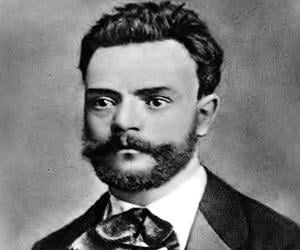 Czech Celebrities
Male Musicians
Male Composers
Czech Composers
Czech Musicians
Early Life
Leos Janacek was born to Jiri and Amalie in Hukvaldy, Moravia. Janacek was one among the fourteen children of the couple and was indeed a gifted child, who had great interest towards music since very early age. His father was an impoverished school teacher and also a church organist. Janacek displayed his talents each time he had an opportunity, and also participated in choral singing. Nevertheless, his father did not want him to take a career in music and ignored Janacek’s unique musical talents. Rather, his father wanted him to pursue the career of a teacher and thus follow the family’s tradition intact.
Musical Education
Janacek attended the St. Augustine Abbey, Brno, in 1865, while he was ten years old. Here, he received elementary musical education and it was from here that he learned to play the organ. This proved to be a platform for him, where he took over choral singing under Pavel Krizkovsky. In 1874, he went to the organ school in Prague with the help of a sponsor, and held strong his desire of becoming an organist. Janacek had criticized the performance of Skuhersky, which got published in the journal ‘Cecilie’ in the March 1875 edition. This led to his expulsion, but as Skuhersky sympathized, Janacek was able to continue his studies. The result was that in the year 1875, on 24 July, Janacek topped the class and graduated with best grades.
1875 – 1880
Janacek’s dreams lead him through the path of music, where he developed his composition skills and continued his studies in Leipzig and Vienna. His hard striving efforts to learn music had acquired him a unique technique by the age of twenty five, though he had not started any compositions by this time. By the time he returned to Brno, in 1875, he had become an able music teacher and was able to earn a living by conducting numerous amateur choirs. He conducted choirs, organized a symphony orchestra and also founded a school for church musicians. This school later became popular as Brno Conservatory. Janacek served as the director of this school till 1919. In 1876, he met Zdenka Schulzova, who was the daughter of Emilian Schulz. Zdenka became his wife later. In 1876, he studied piano under the guidance of Amálie Wickenhauserová-Nerudová, with whom he coordinated to co-organize the chamber concertos and also performed for the next two years in concerts. The same year in February, he was selected as the choirmaster of the Beseda brnìnská Philharmonic Society. Janacek indulged in studying piano, organ and also composition at the Leipzig Conservatory from 1879 October to 1880 February. He moved to the Vienna Conservatory to study composition with Franz Krenn during April – June, 1880.
Personal Life
Leos Janacek married Zdenka Schulzova on 13 July 1881. His married life was blissful and settled in the initial years. The death of their daughter Olga, in the year 1903, aggrieved the family and the environment suddenly changed. Being a successful composer, he got a chance to be in the music scene of Prague. Here, he pulled the attention of the soprano Gabriela Horvatova, who directed him through the Prague society. On his way back to Brno, he carried along the new passion he developed for her, and began to get furious with his wife, Zdenka. He thus tried to prompt for a divorce from her, but at the same time he lost interest in Horvatova as well. Zdenka on the other hand, wanted to avoid the public humiliation resulting from a formal divorce. Hence, both of them settled for an informal divorce and until Janacek’s death both of them led separate lives but in the same house. In1917 he met Kamila Stösslová, a young woman 38 years junior to him. She was the source of inspiration for the remaining years of his life.
Later Years And Death
During 1887, Janacek made his first composition in his first opera, Sarka. He showed immense interest in studying the relationship between language and music and also sought to collect various Moravian folk songs. He was fascinated by the different types sounds made by animals and noted the music in them. He used to note down the expressions and notations in whatever he heard. He devoted much of his efforts for the composition of Jenufa, from 1894 – 1903.Leos Janacek’s 70th birthday was very special as he received a doctorate from the Masaryk University in Brno. In 1926, his most important work, ‘the Glagolitic Mass’ was premiered and got him huge appreciation. This boosted him to work on his last opera, ‘From the House of the Dead’, but he passed away before he could see the live performance of this work. Janacek died on 10 August 1928 in Ostrava due to Pneumonia, and was buried in the Central Cemetery, Brno.
Legacy
The Australian conductor of music, Sir Charles Mackerras organized Janacek’s works on the opera stages around the world. Charles regarded Janacek’s style to be ‘completely new and original, different from anything else… and impossible to pin down to any one style.’ Pierre Boulez who was a French composer and a conductor inferred Janacek’s works on orchestra and operas to be surprisingly modern and fresh. Leos Janacek’s life was featured in a number of films including Eva Marie Kankova’s documentary, The Photographer and the Music, (Fotograf a muzika). This relates the relationship with the Czech photographer Joseph Sudek and Janacek’s works. Apart from this, the Janacek Philharmonic Orchestra was set up in the year 1954, which today involves the 116 piece ensemble that is related to the contemporary music.
Major Works
Operas
Orchestral
Instrumental and Chamber
Vocal and Choral 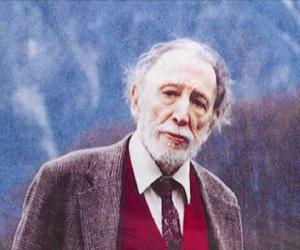