Leonard Alfred Schneider, popularly known as Lenny Bruce, was a notable American stand-up comedian, satirist, and social critic. Even in his short career, he was considered an iconoclast and his material for the era he performed in, was deemed groundbreaking. He was popular for voicing out his beliefs through comedy as he was open about sex and vulgarity, and critical of politics and religion. His performances with such topics were considered obscene, immoral and harmful. This led to his multiple arrests despite his popularity; he was later blacklisted by many networks and finally the number of shows he performed decreased. He, however, remained a voice of the underdog and continued to hold his stand till his death. His conviction for an obscenity trial was posthumously pardoned by the Governor. This action is considered to be one among the cornerstones of freedom of speech in the United States as it inspired many other comedians to use a similar style. He is often credited to have single-handedly revolutionized stand-up routines by infusing political satire and attacking conventional norms. His idealistic humor is cherished even to this day. American Celebrities
Critics & Connoisseurs
American Men
American Stand-up Comedians
American Critics & Connoisseurs
Childhood & Early Life
Lenny Bruce was born as Leonard Alfred Schneider on October 13, 1925 to Sally Marr and Myron Schneider in Mineola, New York. His mother was a stage performer and he was influenced by her. His parents divorced when he was young, and he lived with different relatives afterwards.
He grew up near Bellmore and attended the Wellington C. Mepham High School. He later started working on a farm and finally joined the United States Navy when he was 16. He was posted in several places during the Second World War and often performed comedy sketches for his shipmates.
In one of his performances, he was dressed in drag, leading to the suspicion that he was homosexual. He was then asked to leave with a Dishonorable Discharge in 1945. He contested this claim and changed the discharge notice to ‘Under Honorable Conditions’. 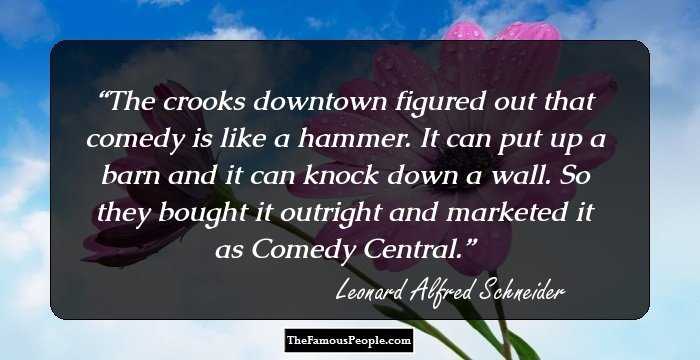 The Sexiest Men Of 2020, Ranked
Career
Leonard Alfred Schneider decided to establish a career for himself as a comedian in New York City. He began by taking the name ‘Lenny Marsalle’ at the Victory Club; he later changed his last name to ‘Bruce’ in 1947 for his first stand-up performance in Brooklyn. His mother helped him get on stage and perform.
In 1949, he participated and won in the contest for aspiring performers on ‘Arthur Godfrey's Talent Scouts’ and this brief attention ensured his path and he worked as a traveling comedian. He started touring the state and performing along with his wife, at times.
He also wrote screenplays early in his career from 1952 to 1954, including ‘Dance Hall Racket’, ‘Dream Follies’, and a children’s film ‘The Rocket Man’.
He next released four albums with Fantasy Records that included his comedy sketches, commentary, interviews laced with satire on topics like moral philosophy, abortion, drugs, the Ku Klux Klan, and Jewishness. These were later integrated and rereleased as The Lenny Bruce Originals.
Due to his controversial material and being labeled as a ‘sick comic’, he was blacklisted from television and lost many of his gigs. His jokes were considered offensive and had to generally be preapproved by the network. His performances began to dwindle as legal troubles increased and he was repeatedly given notices.
In a span of two years, he was arrested over 15 times. Owners of reputed clubs were afraid to hire him, and he had to go without a single gig for about six months. His shows thereafter were constantly monitored.
His popularity among the masses did not diminish, despite the tarnished reputation. He soon appeared on the popular ‘Steve Allen Show’ in 1959 and he ended up making comments that weren’t part of the script.
His appearances on television increased and he was a guest for a television program hosted by Hugh Hefner, the Playboy magazine publisher. In this interview, he deliberately made fun of the network censors who had prevented him from performing some of his original material
He was sidelined from mainstream culture until the 1960s. His 1961 San Francisco performances, which led to legal complications, were produced and released by Bruce himself. He was charged with obscenity during this period. Other hitherto unissued materials and performances was soon released with the help of Phil Spector, Frank Zappa, and Fantasy Records.
Continue Reading Below
During the early 1960s, his performances were reviewed favorably by Billboard Magazine and The New York Times. He slowly found stardom with the approval of conventional establishments.
His most famous performance was the one he delivered at Carnegie Hall, New York in February 1961 during a raging blizzard. This was recorded and later released as ‘The Carnegie Hall Concert’. However, caught in a swirl of drugs, legal battles, and rebellion, Bruce could not sustain the momentum he created.
Upon Hugh Hefner’s request, Bruce serialized his autobiography for Playboy magazine from 1964 to 1965. It was later released as ‘How to Talk Dirty and Influence People’ by Playboy Publishing. The book chronicles his career and his troubles.
He gave his last performance on June 25, 1966 at Fillmore, California. He was found dead on August 3, 1966.
In 2003, the then-Governor George Pataki posthumously pardoned him for his conviction in the 1964 obscenity trial. He described the pardon as ‘a declaration of New York's commitment to upholding the First Amendment.’ Many comedians, including Robin Williams, have openly expressed this freedom as a tribute to Bruce. 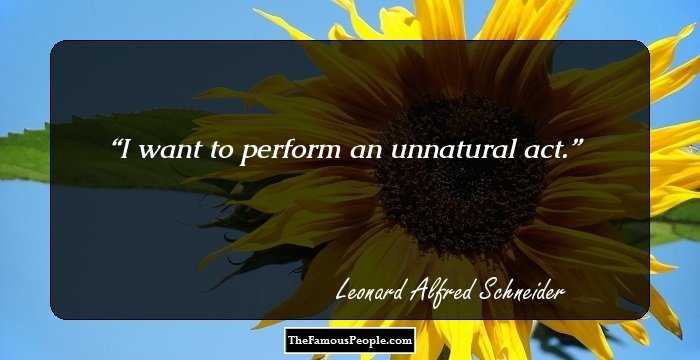 Major Works
His most famous show took place on February 4, 1961 at Carnegie Hall. He performed in front of a full house and his biographer called this ‘the greatest performance of his career’. The show winded at two in the morning and included his takes on the Ku Klux Klan and JFK, among others.
Awards & Achievements
Comedy Central ranked him No. 3 on its list of the ‘100 Greatest StandUps of All Time’ in 2004.
In October 2016, a two-day conference was held in his honor in the Goldfarb Library at Brandeis University. 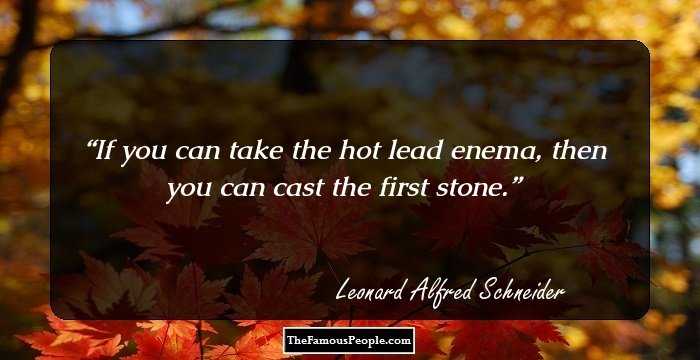 Personal Life & Legacy
Lenny Bruce married Honey Harlow, a stripper, in 1951 and they lived in Baltimore for a brief time. They had a daughter, Kitty Bruce, in 1955.
He was later rumored to be in an affair with Annie Ross, a jazz vocalist. This caused the divorce between Honey and Bruce in 1959. He later dated Faye Dunaway, the actress, during the 1960s.
He was found dead in the bathroom of his Hollywood Hills home on August 3, 1966. He died of morphine poisoning owing to an accidental overdose. He was buried at the Eden Memorial Park Cemetery in Mission Hills, California. Over 500 people attended his funeral.
The 1974 film ‘Lenny’ starring Dustin Hoffman was based on his life; the documentary ‘Lenny Bruce: Swear to Tell the Truth’ was narrated by Robert De Niro and captures his struggles.
Trivia
He had declared bankruptcy in 1965, barely a year before his death.
His image is included in the top row of the design of the Beatles’ 1967 album ‘Sgt. Pepper’s Lonely Hearts Club Band’.
You May Like

Quotes By Lenny Bruce | Quote Of The Day | Top 100 Quotes

See the events in life of Lenny Bruce in Chronological Order