Eric Marlon Bishop, better known by his screen name Jamie Foxx, is a multifaceted entertainer—he is an actor, comedian, musician, producer, and radio host. He was a very talented youngster at school and participated in a variety of activities. His musical abilities were evident from childhood as he began playing the piano at the tender age of five. He was also a top-ranking student and skilled at playing sports like basketball and football. As a teenager, he also sang for a music band and was often appreciated for his ability to make his classmates laugh. He began his career as a stand-up comedian before trying his hand at acting. He was chosen to play a football player in the film ‘Any Given Sunday’ because of his sporting background. More film roles followed, and he reached the peak of his acting career with his performance in the biopic ‘Ray’ for which he won an ‘Academy Award’ and ‘BAFTA Award.’ In addition to being a successful actor, he is also a ‘Grammy’ award-winning musician. He has released five albums, out of which two were accredited platinum status. This talented entertainer has also had his share of controversies due to his brushes with the law and his insensitive comments about other performers. American People
Actors
Comedians
Black Actors
Black Singers
Childhood & Early Life
He was born on 13 December 1967, in Terrell, Texas, USA, to Louise Annette Talley and Darrell Bishop. His parents separated when he was young, and he was brought up by his maternal grandparents in a racially segregated community.
He was musically inclined from childhood and started playing the piano when he was five. He also had a knack for telling jokes and making people laugh.
He attended ‘Terrell High School’ and was academically brilliant. He was also skilled at playing sports like football and basketball. He also played music with a band called ‘Leather and Lace.’
He earned a scholarship to the ‘United States International University’ to study classical music and composition. 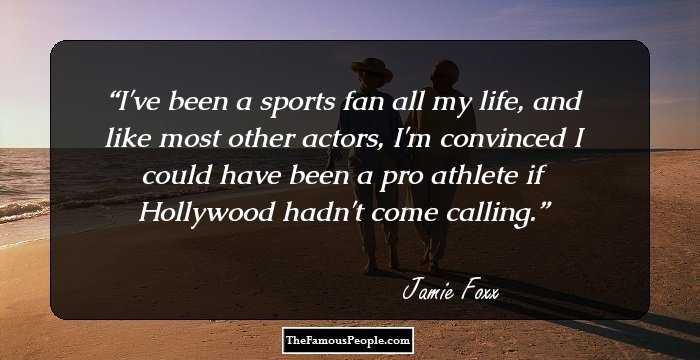 Continue Reading Below
Career
He started performing stand-up comedy in 1989. During this time, he adopted the stage name ‘Jamie Foxx.’
His acting career began in 1991 when he joined the cast of the sketch comedy television series ‘In Living Color’ where he appeared as a recurring character in 95 episodes.
He made his movie debut in 1992 when he played ‘Baker’ in the fantasy comedy movie ‘Toys.’ The film was a box office failure and could not help launch his Hollywood career.
He released his debut music album ‘Peep This’ in 1994. The album peaked at No. 78 on ‘U.S. Billboard 200.’ It would take him 11 years before releasing another album.
He got his first substantial movie role in 1999 when he was cast as footballer ‘Willie Beamen’ in ‘Any Given Sunday.’ Since the actor had played football during his younger days, he performed this role to perfection and was hugely appreciated.
He co-created and starred in his own television sitcom ‘The Jamie Foxx Show’ which aired on ‘WB Network’ from 1996 to 2001. The cast also included Garcelle Beauvais, Christopher Duncan, and Garrett Morris. The show was highly successful.
2004 was a great year for him. He acted as a taxi driver, who is taken hostage, in the movie ‘Collateral.’ He then portrayed musician Ray Charles in the biopic ‘Ray.’ Both the movies were critically acclaimed.
He brought out his second album ‘Unpredictable’ in 2005. The album debuted at No. 2 on the ‘U.S. Billboard 200’ chart, eventually moving up to No. 1.
His fame as an actor as well as singer ensured that he got flooded with movie offers throughout the decade. His notable films during the 2000s were ‘Stealth’ (2005), ‘Miami Vice’ (2006), and ‘The Soloist’ (2009).
Continue Reading Below
His third album ‘Intuition’ was out in 2008. It reached the top three slots on the ‘U.S. Billboard 200’ chart and featured several guest artists like Kanye West, Fabolous, and T-Pain.
His next album ‘Best Night of My Life’ was released in 2010. It featured the single ‘Winner’ and peaked at No. 6 on ‘U.S. Billboard 200.’
As a much sought after star, he landed several film roles throughout the 2010s. Some of his best known films during the early-2010s include ‘Rio’ (2011), ‘Django Unchained’ (2012), and ‘White House Down’ (2013).
Jamie started the year 2014 with the hit sequel ‘Rio 2.’ He then went on to portray the primary antagonist ‘Electro/Max Dillon’ in Marvel’s super hero film ‘The Amazing Spider-Man 2.’
He released his fifth studio album ‘Hollywood: A Story of a Dozen Roses’ in 2015. The album peaked at number 10 on the ‘US Billboard 200’ chart.
In 2017, he was part of the ensemble cast of the action film ‘Baby Driver’ alongside Ansel Elgort, Kevin Spacey, and Lily James. The movie was a commercial and critical success.
His 2018 movie ‘Robin Hood’ was a box-office failure and received negative reviews. The following year, he played ‘Walter McMillian’ in Destin Daniel Cretton’s legal drama film ‘Just Mercy.’ In 2019, he also appeared in Tara Wood’s documentary film ‘QT8: The First Eight,’ which chronicles the life of Quentin Tarantino.

He starred in the August 2020-released Netflix superhuman film Project Power. The film received mixed reviews. He lent his voice to the computer-animated fantasy comedy-drama film Soul, which released in December 2020.

In the Netflix sitcom Dad Stop Embarrassing Me!, he played a single father of a teenager.�This series premiered on April 14, 2021. 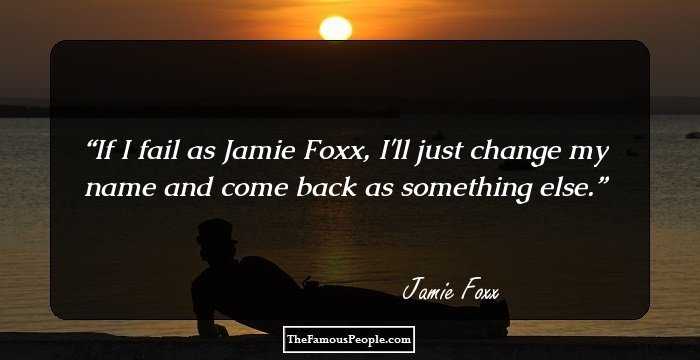 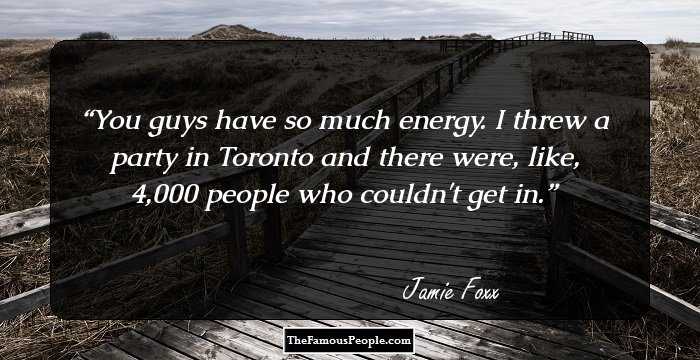 Personal Life & Legacy
He has been romantically involved with a number of women. He has two daughters— Corinne and Anelise— from his past relationships.
Trivia

He is only the third black male actor to have won the ‘Academy Award’ for ‘Best Actor’ in a leading role- the other two being Sidney Poitier and Denzel Washington.

See the events in life of Jamie Foxx in Chronological Order