Advanced Search
Leland Orser is an American character actor, who is best known for appearing as Dr. Lucien Dubenko on the medical drama show ‘ER’. Leland forayed into the entertainment industry with commercials and plays. He eventually ventured into the mainstream Hollywood and went on to play a number of character roles in numerous films and TV series. Over the years, Leland has gained prominence for playing psychotic and sometimes immoral characters. He was seen in such roles in the movies 'The Bone Collector,' 'Alien: Resurrection,' and the 'Star Trek' spinoffs. In the 1990s, his screen career mostly comprised of cameos and brief recurring roles. However, he still managed to leave a mark on the audience’s mind with his excellent performances in successful movies like 'Saving Private Ryan.' Apart from working steadily in television and film productions, the actor also tried his hand at writing and film direction. His directorial venture, featuring his second wife, garnered favourable reviews from the critics. 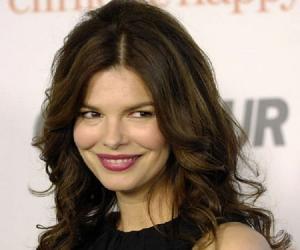 American People
California Actors
Leo Actors
American Actors
Actors Who Are In Their 60s
Childhood & Early Life
Leland Orser was born as Leland Jones Orser on August 6, 1960, in San Francisco, California. He grew up in Presidio Heights along with his four brothers. He attended 'Cathedral School for Boys' in San Francisco.
His first brush with acting happened when he was in the third grade. He played Tiny Tim in a school production of 'A Christmas Carol.’ After graduating from school, Leland decided to study acting.
He attended the ‘Drama Studio London’ to hone his acting skills, graduating from there in 1984. Following his graduation, he did some modelling gigs while simultaneously auditioning for film and TV roles.
His first professional job was a coffee commercial for Folger’s. The advertisement’s makers wanted him to act like Richard Gere, but he could not deliver that. Hence, he was cut off from the final print.
Along with commercials, Leland began to perform on stage, especially in local theatres.
Continue Reading Below
Career
Leland Orser made his acting debut in 1991 as Edward on the ABC series 'Gabriel's Fire.' In the same year, he made a brief appearance on the NBC sitcom 'The Golden Girls.' He transitioned into a big screen actor with the 1993 thriller movie 'Cover Story', in which he played the prominent role of Julian.
After appearing on several TV shows, including the science fiction series 'Star Trek: Deep Space Nine', and three short films, Leland finally got his major film break. He was cast in the 1995 crime thriller 'Se7en.' At that time, he was working at the Roxbury nightclub and casting director Billy Hopkins asked him to quit his job. However, he only had a brief appearance in 'Se7en' - as a man in the massage parlour.
Leland was paired with Robert Wisden for the 1997 crime-comedy film 'Excess Baggage,' in which they appeared as Detective Barnaby and Detective Sims, respectively. His next prominent role was as Larry Purvis, one of several humans kidnapped by the crew of the ship Betty, in the science fiction, action horror film 'Alien Resurrection' (1997).
He was seen in four spin-offs of the 'Star Trek' series and played a different character each time. In 'Deep Space Nine,' he appeared as Gai (1993) and then as Colonel Lovok/Changeling (1995). Later in 1997, he portrayed Dejaren in 'Voyager' and finally, he was seen as Loomis in 'Enterprise' (2003).
In 1998, Leland played the brief recurring role of Argyle in the 'NBC' action series 'The Pretender.' Next, he appeared in two war movies; as Lieutenant DeWindt in the 'Saving Private Ryan' (1998) and as Major Jackson in 'Pearl Harbor' (2001).
He was seen as Richard Thompson (real name Marcus Andrews) in the 1999 horror psychological thriller film 'The Bone Collector.' He played a former forensics expert and the medical technician in charge of Denzel Washington's medical facility in the film.
Leland played the 'Marvel' comic character Wesley Owen Welch, the cowardly right-hand man of Kingpin (Wilson Fisk), played by Michael Clarke Duncan, in the 2003 superhero movie 'Daredevil.'
He was seen as the serial killer Edmund Cutler in the 2004 psychological thriller movie 'Twisted.' In the same year, he began his stint as Dr. Lucien Dubenko in the 'NBC' medical drama 'ER' (Emergency Room), appearing in 61 episodes.
In 2008, he appeared as Sam, a friend and ex-colleague of the retired CIA field agent Bryan Mills, played by Liam Neeson, in the French action thriller 'Taken'. He reprised his role in the second (2012) and third (2015) instalments of the trilogy. He also played the recurring role of Martin Collier in Fox network's action drama '24.'
The year 2010 brought the turning point in Leland’s career. He wrote his directorial debut movie 'Morning', which released in 2010. The drama starred him as Mark, while his real-life wife Jeanne Tripplehorn was cast as Alice. They were playing a couple, dealing with the death of their only child. The full movie premiered at the 'San Francisco International Film Festival, while its shorter version was released on screens in 2007.
He essayed the lead character, writer Ansel Roth, in the 2014 drama film 'Faults.' He then played Spencer Peterson opposite Sheila Kelley in the 2014 thriller movie 'The Guest.' Similar to his role in 'Morning', the couple along with their children were shown coping with the death of their eldest son, Caleb, whom they lost to the Afghanistan war.
In 2015, Leland was seen in the recurring role of Father Romero in the Showtime crime drama 'Ray Donovan.' The character was introduced in the third season of the show. A year later, he began to play the role of Robert Kirsch, a sincere and successful deputy chief in the Epix drama series 'Berlin Station.'
In 2019, he appeared in the six-episode miniseries 'I Am the Night.' He essayed the character of Peter Sullivan, the editor and mentor of Jay Singletary, the shamed journalist and Korean War veteran.
Family & Personal Life
Leland Orser eloped and married Roma Downey in 1987. It was a Roman Catholic wedding, held in Rome, Italy. However, the couple got divorced two years later, in 1989.
In 2000, he married actress Jeanne Tripplehorn, and they have a son, named August Tripplehorn Orser.

See the events in life of Leland Orser in Chronological Order