The oldest man to have won a Glad Slam title, Leander Paes is an Indian professional tennis player considered to be among the best contemporary doubles players of the game. Over his career he has won eight doubles and six mixed doubles Grand Slam titles. Starting from 1992, he has competed in six consecutive Olympic Games thus making him the only Indian so far to have achieved this honour. Born into a family of sportspersons, it is no surprise that young Leander took to sports from an early age. He was just five when he started playing tennis and was coached at the Britannia Amritraj Tennis Academy which played a major role in developing him into the sportsman he ultimately became. His first big win came when he won the Wimbledon Junior title to become the No.1 in junior world ranking. From there started the stellar professional journey of this talented player as he went on to clinch one prestigious title after another. Paes has been honored by the Government of India with numerous awards for his contributions to sport. The tennis legend has also been in limelight for controversies regarding his personal life. 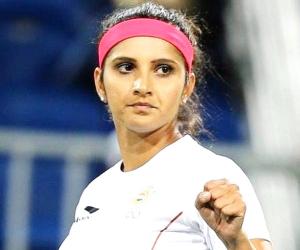 Roy Emerson
Tennis Players #119
Sportspersons #3197
DID WE MISS SOMEONE?
CLICK HERE AND TELL US
WE'LL MAKE SURE
THEY'RE HERE A.S.A.P
Quick Facts

Indian People
Male Sportspersons
Male Tennis Players
Gemini Tennis Players
Indian Sportspersons
Childhood & Early Life
He was born to Goan parents in Kolkata where he was raised. His father Vece Paes was a hockey player who participated in the 1972 Olympics while his mother Jennifer had captained the Indian basketball team.
He completed his schooling from La Martiniere and then went to the St. Xavier’s College.
Leander formed an early interest in tennis and enrolled at the Britannia Amritraj Tennis Academy in Madras in 1985. His coach was Dave O’Meara who played a key role in grooming him.
As a teenager he won the 1990 Wimbledon Junior title and became the No.1 ranked world junior for a while.
Continue Reading Below
You May Like

The Sexiest Men Of 2020, Ranked
Career
He turned professional in 1991 and the very next year he along with Ramesh Krishnan reached the quarter finals of the doubles event in the 1992 Barcelona Olympics.
He did India proud at the 1996 Atlanta Olympics by winning the bronze medal which he clinched after beating Fernando Meligeni. It was India’s first individual medal in more than 40 years.
The year 1996 was an eventful year for him as this was the year he first partnered with another Indian player Mahesh Bhupathi. The Paes-Bhupathi partnership would prove to be a very successful one.
In 1998 the Paes-Bhupathi team reached the semifinals of three Grand Slams—the Australian Open, the French Open, and the US Open. The very same year he won two singles in the ATP tour.
Paes and Bhupathi won both the French Open and the Wimbledon in 1999 and became the first Indian pair to win a doubles event at the Grand Slam. Paes became the No.1 player in doubles ranking.
The duo won the gold medal at the 2002 Asian Games in Busan. The same year Paes also partnered with Michael Hill for several tournaments achieving moderate success.
He participated in the mixed doubles events at the Australian Open and Wimbledon with Martina Navratilova in 2003 and won both of them. After three years he won the US Open doubles event in 2006 with Martin Damm.
The year 2006 was a successful one for him. He played the men’s doubles with Bhupathi and won the gold at the Doha Asian Games. He also won the gold in the mixed doubles event with Sania Mirza.
Playing with Cara Black, he won the 2008 US Open mixed doubles title. The next year he won the US Open men’s doubles with Lukas Dlouhy.
Continue Reading Below
Again partnering with Cara Black, he won the Australian Open mixed doubles title in 2010 in what would be the pair’s third consecutive Grand Slam.
He joined the Olympic Gold Quest as a member on the Board of Directors in 2010. The Quest is a program of the Foundation of Sports and Games, which aims to support talented Indian athletes who have the potential to win Olympic gold medals.
In 2013, he again won the US Open men’s doubles with Radek Stepanek, marking his third US Open men’s doubles title. Their opponents in the finals were Alexander Peya and Bruno Soares.
In January 2015, Paes won the Australian Open Mixed Doubles trophy along with Martina Hingis,
Awards & Achievements
Leander Paes has an astounding eight doubles and six mixed doubles Grand Slam title wins. He also won a bronze medal for India in the 1996 Atlanta Olympic Games. Grand Slam Doubles title: Australian Open (2012), French Open (1999, 2001, 2009), Wimbledon (1999), US Open (2006, 2009, 2013). Grand Slam Mixed Doubles titles: Australian Open (2003, 2010), Wimbledon (1999, 2003, 2010), US Open (2008)
The Ministry of Youth Affairs and Sports presented him with the Arjuna Award in 1990 for his achievements in sports.
He was honored with the Rajiv Gandhi Khel Ratna, India’s highest sporting award in 1996-97 for his numerous contributions to tennis.
He was given the Padma Shri, the fourth highest civilian award in India, in 2001 for his contributions to tennis in India.
Personal Life & Legacy
He once dated the Bollywood actress Mahima Chaudhary but the relationship did not work out.
He later began a relationship with Rhea Pillai who was once married to Bollywood actor Sanjay Dutt. The couple has a daughter. Leander has separated from his partner and is currently a single father.
Trivia
This tennis legend made his film debut as an actor in the socio-political thriller, ‘Rajdhani Express’.
This tennis player is a direct descendant of the Bengali poet Michael Madhusudan Dutt through his mother.
You May Like

See the events in life of Leander Paes in Chronological Order