Lauren Curtis is a beauty and fashion guru from Western Australia who is best known for her YouTube channel laurenbeautyy. She is considered one of Australia’s biggest YouTubers with over 3.3 million subscribers on her channel in which she regularly posts makeup and beauty tips, tutorials, reviews of popular products, shopping hauls, and much more. She had a vlog channel, laurenbeautyyVLOGS, but later discontinued that one. She also discontinued her laurenbeautyy blog in 2013, and later in 2016, re-launched her website, Love, Loz, on which she posts other lifestyle content such as fashion and travel. According to her, while YouTube is an amazing platform to reach a huge number of people with contents on beauty and makeup, topics like travel are put better in written content. She also considers herself a control freak who is ever careful about the future, and has a big secret project that she is working on for a few years and intends to reveal it soon. She is quite popular on Instagram as well where she has amassed more than 1.3 million followers. Biggy Norris
DID WE MISS SOMEONE?
CLICK HERE AND TELL US
WE'LL MAKE SURE
THEY'RE HERE A.S.A.P
Quick Facts

siblings: Amy (sister), and a brother

Despite what people might think, Lauren Curtis was not very fond of using makeup while growing up. In fact, unlike most of her friends, she was not interested in makeup till she was eleven. After she started to go out more with her friends, she became familiar with their everyday ritual of getting ready by applying makeup and started to experiment with different looks herself. Once she realized how much difference makeup made on her appearance and how that positively affected her confidence, she became passionate about it and started to experiment more.

In those early days, she brushed her skills by watching beauty tips on YouTube made by prominent beauty vloggers of the time, from whom she learnt a great deal about how to apply makeup and what to use. During this time, she was studying photography, which had already developed in her an interest for filming and cameras. As the natural next step, she decided to combine her two newfound interests and started to make short videos on her iPhone 4 of her applying makeup. She created her YouTube channel laurenbeautyy on Aug 31, 2011. It took her only a few months to reach 1k subscribers, and now has over 3.3 million subscribers.

While Lauren Curtis has attracted a huge number of fans with her tips and tutorials showcasing her impeccable application skills, she is all self-taught according to her. Interestingly, in spite of not having professional accreditation, she had managed to bag jobs at Benefit Cosmetics, her first makeup job, as well as Bobbi Brown, where she gained a great deal of knowledge about how to apply makeup on different skin types and skin tones, which is usually learnt taking up makeup courses.

She is now easily recognized by fans wherever she goes, but as a very private person, she doesn’t actually enjoy all the attention she gets. She is also very sensitive, kind-hearted and clever, and measured in her answers. Nevertheless, being an internet star, she has been exposed to a lot of negativity. She has been labeled fake based on her looks. Also, all her video tutorials, as well as her social media posts are heavily scrutinized by her passionate fan base. Despite breaking down a few times, she has now grown a thicker skin and overcomes all the negativity with the support of her close ones.

Lauren Elizabeth Curtis was born on January 7, 1993, in Perth, Australia. She has an older brother and an older sister. Her parents divorced when she was five, following which her siblings stayed with her father while she lived with her mother. She attended AKA Middle School, and while she was not a popular kid at school, she was content with herself. All throughout high school, she was confused about her future career choices. While she was interested in photography, as a shy and introvert person herself, she felt uncomfortable taking photos of people. As a result, she considered pursuing landscape photography for a time. While in college, she became more confident and independent which made life easier for her. Once her YouTube channel took off, she didn’t have to look back again.

She is currently in a relationship with a man named Reece Daniel whom she met back in 2014. The two met via Facebook and he was unaware of her celebrity status on YouTube. They had organized a scheduled meet at a restaurant and eventually started dating after he proposed to her. She revealed her relationship status in a video on her channel titled The Boyfriend Tag! published on April 21, 2015. The two often post pictures of them vacationing together, and he has made multiple appearances on her YouTube channel. She has a pet dog named Mia. 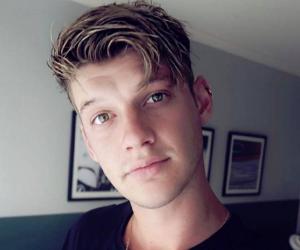