Larry Mullen Jr. is a well-known drummer and actor from Ireland who is also a co-founder of the celebrated rock band, U2. While he is now known for his distinctive drumming style, his love for music started with piano. But he soon switched to drums and was taught by Ireland's renowned drummer Joe Bonnie. In the beginning of his career, he joined Artane Boys Band, but was forced to leave when he refused to cut his long hair. Then his father got him into Post Office Workers’ Band before he finally formed the U2 band in his kitchen. At that time, Mullen was the only band member who could play an instrument. In no time, the band started gaining attention and carved its own identity. In the early days of U2, Mullen worked in the purchasing department of Seiscom Delta and was considering a career as a computer programmer in the company’s geology section. Apart from playing the drums, he is also a songwriter and actor who has produced some films as well. He suffers from tendonitis and uses specially designed drumsticks from ProMark to curb the pain. He met his girlfriend in high school and they have been living together for more than 40 years. They also have three children. Larry is a quiet and level-headed man who likes to largely remain in the background. Irish People
Irish Men
Irish Drummers
Male Musicians
Scorpio Drummers
Childhood & Early Life
Laurence Joseph Mullen was born on October 31, 1961, in Artane, Dublin. He was the only son of Larry Mullen Sr., a civil servant, and Maureen Mullen, a homemaker.
Mullen was born as the middle child. He has an older sister called Cecilia Maureen, while his younger sister Mary Maureen passed away as a child in 1973.
Mullen's tryst with music started when he got fascinated by playing the piano at the age of eight. He went to the School of Music in Chatham to learn the instrument. But he switched to drums in 1971 and was taught by Joe Bonnie, one of the best drummers in Ireland, for a year. When Bonnie passed away, his daughter Monica began to teach him.
In the beginning of his career, Mullen joined the Artane Boys Band for three weeks. He however was forced to leave when he refused to cut his long hair. Thereafter, his father helped him join the Post Office Workers’ Band.
Mullen studied at Scoil Colmcille School of Music, Chatham Row, Dublin. After his younger sister's death, he was sent to Mount Temple Comprehensive School, the first interdenominational school in Ireland.
In the fall of 1976 when he was 15, he posted a notice, ‘Musicians Wanted’, on the bulletin board of his high school. This notice helped him form the U2 band. He left school in 1978 after passing his intermediate exams.
His mother died in a car accident in 1978. For a short time, after U2 was founded, he worked for an American company called Seiscom Delta in Dublin. The company is involved in oil exploration off the coast of Ireland.
Continue Reading Below
Career
It was a ‘Musicians Wanted’ notice, posted on the ‘Mount Temple High School’s bulletin board by then 15-year-old Larry Mullen, that eventually lead to the formation of the popular Irish rock band, U2. Interestingly, U2’s auditions began on September 25, 1976, in Mullen's kitchen.
Larry Mullen, Paul ‘Bono’ Hewson, Adam Clayton and David ‘The Edge’ Evans were the co-founders of the U2 band. Ironically, Mullen was the only band member who could play an instrument. At that time, they knew very little music but had endless ambitions. In the early days, Mullen's contribution to the band was limited but he soon started writing songs with Adam Clayton.
By 1979, U2 was beginning to carve its identity and was gaining attention. Mullen often played traditional Irish music, melodic Celtic pieces and the music for marching bands of his youth. U2's first album ‘Boy’ was released on 20 October 1981.
Mullen's drum playing improved gradually and the band achieved international success in 1987 with the release of ‘Joshua Tree’. The band then entered the film industry.
U2 released the album ‘Rattle and Hum’ in 1988. Soon they released a film of the same name. In 1990, Mullen co-wrote and co-produced the song ‘Put ‘Em Under Pressure’ to support the Irish National Football Team's bid for the FIFA World Cup.
Mullen suffered severe back problems during the recording of ‘Pop’ in 1996. The recording had to be delayed due to his surgery. He returned to the studio three weeks later and participated in recording sessions. He has recorded 14 studio albums with U2 so far.
He produced and co-starred in the film ‘Man on the Train’ in 2011. In 2013, he starred in another movie called ‘A Thousand Times Goodnight’, which went on to win a Grand Prix Jury Award.
Awards & Achievements
Larry Mullen was inducted into the Rock and Roll Hall of Fame with his bandmates in 2005.
The Fort Lauderdale International Film Festival honored Mullen with the Star on the Horizon Award in 2011 for his portrayal of a thief in the film ‘Man on the Train’.
He won a Grand Prix Jury award at the 2013 Montreal Film Festival and the Founders’ Award at the Chicago International Film Festival for starring in the film ‘A Thousand Times Goodnight’.
Family & Personal Life
Larry Mullen met his longtime girlfriend Ann Acheson at Mount Temple High School. They have been living together for more than 40 years and have three children together.
His son Aaron Elvis was born in October 1996. He was named after Elvis Presley who had a great influence on Mullen's musical career.
The couple has two daughters: Ava, born in December 1998; and Ezra, born in 2001. The Mullen family lives in Howth, Dublin, and New York.
Trivia
Larry Mullen and his band U2 have won more than 60 awards, including 22 Grammy awards.
His nickname is ‘Babyface Mullen’.
His trademark style is very short spiked hair, a skull earring in the right ear and a cross earring in the left.
He added the suffix ‘Jr.’ to his name to avoid being confused with his father.

See the events in life of Larry Mullen Jr. in Chronological Order 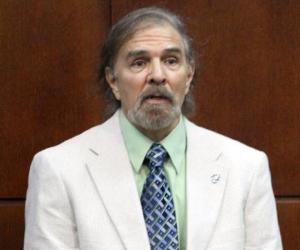 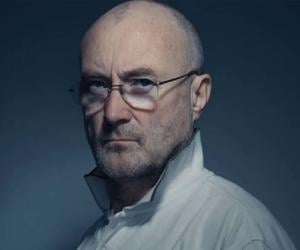