Kim Eun-sook is a South Korean screenwriter, best known for writing popular television series, such as ‘Lovers in Paris,’ ‘Secret Garden,’ ‘A Gentleman's Dignity,’ and ‘The Heirs.’ Kim started hogging the limelight when ‘Lovers in Paris’ became the eleventh highest-rated TV series of all time. In 2005, she won the ‘Best TV Screenplay’ award at the 41st ‘Baeksang Arts Awards’ for ‘Lovers in Paris.’ In 2011, she won five awards, including ‘Outstanding Korean Screenwriter,’ ‘Best Writer,’ and ‘Best TV Screenplay’ for writing ‘SBS’ network's ‘Secret Garden.’ In 2012, she was honored with the ‘Lifetime Achievement Award’ at the ‘Seoul Broadcasting System (SBS) Drama Awards.’ Thanks to catchy lines and recurring jokes, which are often incorporated into her writing, most of Kim's TV series attract the attention of a wide range of audience. She is currently one of the most popular screenwriters in South Korea. 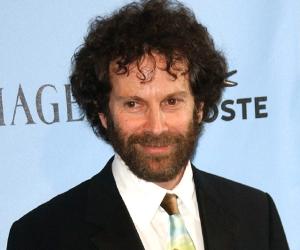 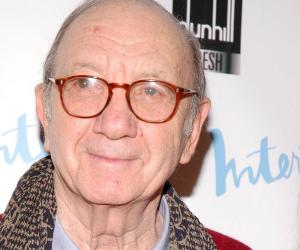 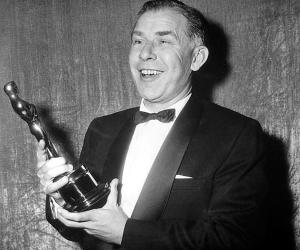 Roy William Tho...
Screenplay Writers #53
Writers #1247
DID WE MISS SOMEONE?
CLICK HERE AND TELL US
WE'LL MAKE SURE
THEY'RE HERE A.S.A.P
Quick Facts

South Korean People
Women Writers
South Korean Writers
Women Screenplay writers
Early Life & Career
Kim Eun-sook was born in 1973 in Gangneung, South Korea. After graduating from high school, she went to ‘Seoul Institute of the Arts’ (SeoulArts) where she studied creative writing.
After graduating from ‘Seoul Institute of the Arts,’ Kim began her career in 2003, when she wrote ‘SBS’ network's television series ‘South of the Sun.’ The series was aired from August 30 to October 19, 2003.
Just a year after starting her career, Kim landed the opportunity to write ‘Lovers in Paris’ which became popular in the summer of 2004. It also went on to win many awards, making Kim Eun-sook famous among fans and fellow screenwriters. Subsequently, she was honored with the ‘Special Award’ at the 2005 ‘SBS Drama Awards.’
Following the success of ‘Lovers in Paris,’ Kim wrote another romantic drama titled ‘Lovers in Prague’ which was aired on ‘SBS’ in 2005. Despite being termed as an ‘unrealistic story’ by the critics, ‘Lovers in Paris’ became popular among the viewers. In response to the views of some critics, Kim said she wanted people to enjoy fantasy stories.
She made her feature film debut in 2006 when she wrote a melodrama titled ‘Fly High.’ Directed by Kwak Ji-kyoon, the film narrates the story of a student who falls in love with a girl with a terminal illness. When the film failed to impress the audience and critics alike, Kim went back to writing scripts for television series.
The third installment of Kim’s ‘Lovers’ trilogy was titled ‘Lovers.’ The series was aired on ‘SBS’ from November 8, 2006 to January 11, 2007. Even though it did not become as successful as its predecessors (Lovers in Paris and Lovers in Prague), the series managed to record decent ratings.
In 2008, she wrote ‘SBS’ network’s ‘On Air’ for which she received a nomination for ‘Best Screenplay’ at the 45th ‘Baeksang Arts Awards’ in 2009. Following the success of ‘On Air,’ Kim wrote another ‘SBS’ drama titled ‘The City Hall’ which was aired from April 29 to July 2, 2009.
Kim’s next series ‘Secret Garden’ went on to become one of the biggest hits of her career. She later revealed in an interview that she intentionally made ‘Secret Garden’ a light-hearted drama as she wanted it to appeal to people of all ages.
At the 2011 ‘Korea Content Awards,’ she was honored with the ‘Prime Minister's Award in the Field of Broadcasting’ for her work in ‘Secret Garden.’ She also won ‘Best Writer’ and ‘Outstanding Korean Screenwriter’ awards at the 4th ‘Korea Drama Awards’ and 6th ‘Seoul International Drama Awards,’ respectively.
Meanwhile, Kim Eun-sook had established herself as a reputed writer, attracting well-known actors into her projects. In 2012, actor Jang Dong-gun cited Kim's involvement as one of the reasons for making his television comeback by signing ‘SBS’ network's ‘A Gentleman's Dignity’ which was written by Kim. She was subsequently honored with the ‘Achievement Award’ at the 2012 ‘SBS Drama Awards.’
In 2013, she wrote a high school drama titled ‘The Heirs’ which was aired from October 9 to December 12, 2013. Kim was named ‘Outstanding Scriptwriter’ at the 2nd ‘Asia Rainbow TV Awards’ for her work in ‘The Heirs.’ She then took a break for three years, before making a comeback with a melodrama titled ‘Descendants of the Sun.’
‘Descendants of the Sun’ went on to become a huge success, earning Kim the ‘Best Writer’ award at the 30th ‘KBS Drama Awards’ in 2016. The series became immensely popular across Asia and boosted tourism in Greece where it was shot.
In 2016, she joined hands with ‘TVN’ entertainment network to come up with a TV series titled ‘Guardian: The Lonely and Great God.’ In 2017, she was honored with the ‘Grand Prize’ award at the 53rd ‘Baeksang Arts Awards’ for her work in ‘Guardian: The Lonely and Great God.’ In the same year, she was also honored with the ‘Prime Minister Award’ at the 7th ‘Korean Popular Culture & Arts Awards’ for her contribution towards Korean arts.
In 2018, she wrote a historical TV series titled ‘Mr. Sunshine’ which is set in the early 1900s. The series, which narrates the story of activists fighting for Korea's independence, was aired on ‘TVN’ network from July 7 to September 30, 2018. The following year, she was signed to write ‘MBN’ network's ‘The King: The Eternal Monarch.’
Though Kim is one of the most sought after writers in Korea, she has also been criticized by critics who have condemned her for writing shallow characters. However, she continues to impress a wide range of viewers with her stories and catchy one-liners.
You May Like

The Sexiest Men Of 2020, Ranked
Family & Personal Life
Kim Eun-sook got married to Choi Sang-hyun in 2006. The couple has a daughter who lives away from her parents. In June 2018, a news outlet reported that Kim is getting divorced. However, the news turned out to be false as Kim refuted the claims.
Kim Eun-sook is active on social media platforms, such as Twitter which she uses to communicate with her fans and followers. She currently lives in South Korea, along with her husband Choi Sang-hyun.
You May Like 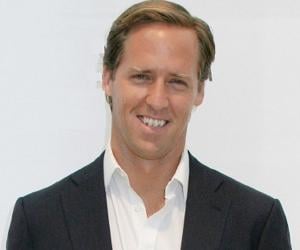 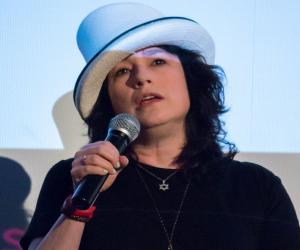