Keri Lynn Hilson is a well-known American singer and actress who rose to fame with her debut album ‘In a Perfect World’. Coming from a middle class African-American family, Keri has worked her way up in the entertainment industry by sheer hard work, complimented by her good looks and melodious voice. She started singing at a young age with a girl band in her neighbourhood and went on to become an international star. She has toured around most of the US, Australia and Europe where her music is very popular. Her number ‘Turning Me On’ with Lil Wayne was released as a single in the US which reached the 15th position on the Billboard Hot 100 list and peaked at number two on the Hip – Hop / R&B charts. She performed live at the ‘VH1 Divas Salute the Troops’ and appeared on a number of talk shows including ‘The Tonight Show with Jay Leno’. She made her acting debut with the comedy movie, ‘Think Like a Man’ and appeared with Vin Diesel in the action movie, ‘Riddick’. She won the NAACP Image Award for Outstanding New Artist and the Get Schooled Award for her philanthropic work in the field of education for the underprivileged. 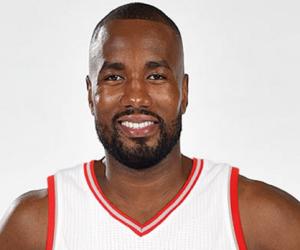 American People
Lyricists & Songwriters
Contemporary R&B Singers
Black Lyricists & Songwriters
Black Contemporary R&B Singers
Childhood & Early Life
Keri Lynn Hilson was born on December 5, 1982 in Decatur, Georgia, USA, into a middle class family of African-American origin. Her father served in the US Army and her mother ran a day care centre. She has three sisters named Kelsee, Key and Kaycee and a brother by the name of Kip. They all inherited an ear for music from their father who sang and recorded with a quartet in his free time.
She was interested in music from a young age and wanted to become a singer. Her mother encouraged her by employing a piano teacher to give her music lessons. Kip exploited the opportunity by using it to learn how to play the piano as well as sing.
She closely followed talent shows on television and joined the girl band called ‘D’Signe’ by the age of 14. She also started working under the producer, Anthony Dent and did some song writing and background vocals for artists like Kelly Rowland and Toni Braxton.
She worked during her high school days and went on to complete a degree in Theatre from Oxford College of Emory University. During her years in college she started working with Polow da Don and became a member of the songwriters and record producers association called ‘The Clutch’ that wrote songs for stars like Britney Spears, Ciara and The Pussycat Dolls.
She later met rapper and producer Timbaland and signed up with his record label, Mosley Music Group. She also appeared on rapper Lloyd Bank’s number ‘Help’ from his album ‘Rotten Apple’ in 2006 and a number of tracks of Timbaland.
Continue Reading Below
You May Like

Who Is The Most Popular BTS Member?
Career
Keri Hilson released her debut pop oriented R&B studio album titled ‘In a Perfect World’ in 2009. The album peaked at number four on the Billboard 200 chart and rose to the top position on the Top R&B / Hip Hop Albums chart. It sold over 94,000 copies within six months and was certified as Gold by the Recording Industry Association of America.
Her single ‘Energy’ reached the 78th position on the US Billboard Hot 100 and number 21 on the Hot R&B / Hip Hop chart. It also reached the top 50 in UK and number seven in New Zealand, where it was certified ‘Gold’.
Her number ‘Turning Me On’ with Lil Wayne was released as a single in the US and reached the 15th position on the Billboard Hot 100 list, where it remained for 10 weeks. It peaked at number two on the Hip – Hop / R&B charts and was certified as ‘Platinum’ in the US. The number was also performed on the Jimmy Kimmel Live talk show, where it proved to be a hit with fans.
Her other hit number ‘Knock You Down’ was performed with Kanye West, which featured at the third position on the Billboard Hot 100 and number one on the R&B / Hip Hop charts. The track was certified as double ‘Platinum’. The number topped the charts in Canada, Europe and Australia to become an international hit. She performed the number on the talk show titled ‘Late Show with David Letterman’ in 2009.
She was a supporting artist for Lil Wayne’s North American tour and performed with artists like Gym Class Heroes, T-Plan and Gorilla Zoe to become a sensation in the US. She won the Best New Artist award at the 2009 BET Awards to make an impact in the music world. She went on to be nominated for the Best New Artist award at the 52nd Grammy Awards the following year.
In 2010, she became the brand ambassador of the cosmetics company, Avon and released her second studio album titled ‘No Boys Allowed’, which is all about girl power. She performed live at the ‘VH1 Divas Salute the Troops’ concert where she drew huge crowds of fans. She also appeared on a number of talk shows like ‘The Tonight Show with Jay Leno’ and ‘Jimmy Kimmel Live’ to popularise her album that reached number 11 on the Billboard 200 chart.
She toured Australia and Europe in 2011, where she was greeted by enthusiastic fans that loved her music. The number ‘Pretty Girl Rock’ became her trademark during her tour and had fans swaying to her tune.
She made her acting debut with the comedy movie, ‘Think Like a Man’ in 2012 and also acted with Vin Diesel in the action movie, ‘Riddick’ in 2013. She took a break from music for a while and came back with her album titled ‘Love is a Religion’ (LIAR) in 2016.
Major Works
She has released three studio albums titled ‘In a Perfect World’ (2009), ‘No Boys Allowed’ (2010) and ‘Love is a Religion’ (2016).
Continue Reading Below
She has appeared in the films ‘Think Like a Man’ (2012), ‘Riddick’ (2013) and ‘Almost Christmas’ (2016).
Keri Hilson has appeared on a number of talk shows on television and acted in the TV film titled ‘Love by the 10th Date’.
Awards & Achievements
In 2009, she won the Best New Artist Award at the BET Awards as well as the Soul Train Music Awards. She also won the MOBO Award for Best R&B / Soul Act and Soul Train Music Award for Best Collaboration that year.
She won the NAACP Image Award for Outstanding New Artist in 2010.
In 2011, she was honoured with the Get Schooled Award for her philanthropic work in the field.
Personal Life
Keri Hilson dated basketball player Serge Ibaka for a while but married Samuel Soba in March 2002. She has been living happily with him and their son, Jayden, ever since.
She has been part of a number of charitable causes involving education, AIDS and betterment of underprivileged African youth. Proceeds from her recordings have been donated for victims of the earthquake in Haiti in 2010 and the 2010-2011 crisis in Ivory Coast. She was also at the forefront of Michelle Obama’s ‘Let’s Move’ campaign to combat childhood obesity.
Trivia
She supported the renowned fashion label H&M in their ‘Fashion Against AIDS’ programme by wearing their ‘Spring Unisex Collection’ for a function organised by the brand.

See the events in life of Keri Hilson in Chronological Order