Kenny Goss is an American art dealer who is best recognized as the long-time former lover of the late singer George Michael who he dated from 1996 to 2009. He spent 13 years with Michael and is considered one of the legendary vocalist’s few great lovers. Hailing from a dysfunctional family with alcoholic parents, Goss had a difficult childhood. Despite the early challenges he faced, he managed to gain admission into the prestigious University of North Texas. He entered the business of selling cheerleading supplies at the age of 23 and went on to become one of the most successful salesmen in the field. Although a millionaire today, Goss is best known to the masses for being one of the long-term lovers of the singer George Michael. In 2018, Goss joined the legal battle over Michael’s wealth, claiming a vast portion of the deceased singer’s estate and properties that have been valued at around £105 million. His claims are based on the grounds that he helped the singer through hard times. Looking back on his life, Goss says that he is proud of his sexuality and never regrets the years he spent with the superstar singer. 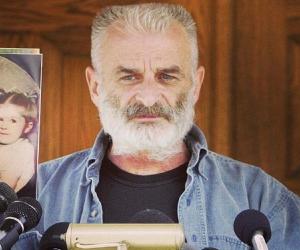 American People
University Of North Texas
Virgo Men
Career
After graduating, Kenny Goss started working at Herkie Herkimer's Cheerleader Supply Co. He began selling cheerleader supplies and soon became a successful salesman. Today, his net worth is in millions as he is making considerable money from his deals.
You May Like

The Best Black Actresses Of All Time
Continue Reading Below
Relationship with George Michael
Kenny Goss met George Michael in 1996. Their relationship became public two years later when Michael came out as homosexual after being arrested for “carrying out a lewd act” in a toilet in California. In 2005, it was reported that the duo was about to formalize their affair with a civil partnership. However, the ceremony was postponed. Then in 2009, the couple broke up and the announcement of their separation came three years later from Michael’s side: “In truth Kenny and I haven’t been together for two and a half years. I love him very much. This man has brought me a lot of joy and pain”. He further added: “My love life has been a lot more turbulent than I’ve ever let on, and I’m so sad about my relationship with Kenny. I’m sorry for any pain.”
After being asked about his relationship with George Michael, Kenny Goss said it was the drug abuse that led to the clashes between them. He also stated that whenever he confronted his ex-lover, he never denied it.
However, Kenny Goss continued to support Michael, accompanying him to court appearances in the year 2010. He also visited Michael in the hospital when he was suffering from pneumonia in 2011. George Michael died of natural causes in December 2016.
Legal Battle
George Michael, who died in 2016, left his £105 million fortune and properties to his sisters Yioda and Melanie. Kenny Goss hired lawyers and joined the legal battle for the late vocalist’s multi-million fortune. He claimed a large portion of Michael’s fortune on the grounds that he had helped the late singer through his hard times.
Personal Life
Kenny Goss was born on 17 September 1958 in Bromwood, Texas, the USA to Earl Goss and Ozzell Goss. His parents were alcoholics and his family was a dysfunctional one. He attended the University of North Texas where he was in the cheerleading squad.
He initially hid his homosexuality from his parents because he thought they wouldn’t be able to deal with it. Kenny Goss had even dated a Miss Texas in the past in order to hide his homosexuality.
You May Like