Keith Raniere is an American entrepreneur best known as the founder of the controversial multi-level marketing group and alleged sex cult NXIVM. Born in Brooklyn, Keith arrived in New York at the age of 5 and graduated from Rensselaer Polytechnic Institute. He partnered up with Nancy Salzman to lay the foundation of NXIVM in 1998, which offered executive success programmes for personality development. Somehow, soon after its establishment, as Keith and Nancy gained significant publicity, the accusations kept piling up about the group being involved in offensive sexual practices. Keith faced several accusations over the years for running a ‘sexual cult’. In 2017, a Canadian actress Sarah Edmondson became the whistleblower and accused Keith of indulging in ‘unnatural and unhealthy’ sexual practises. She alleged that Keith would blindfold his female followers and branded them in their pubic area with the initials of his name-KR. In March 2018, Keith was incarcerated on the basis of sex trafficking charges and a trial ensued on him for sex trafficking and forced labour. Several shocking claims were made by women who fell into his trap and accused him of having manipulative sexual intercourse with minors. 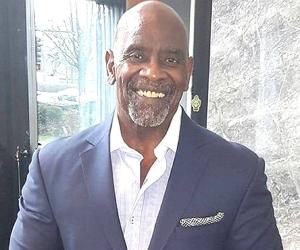 American People
American Entrepreneurs
Virgo Men
Childhood & Early Life
Keith Raniere was born in Brooklyn on August 26, 1960 to middle class parents. His father worked in advertisement while his mother taught ballroom dancing. The family moved to Suffern, New York when Keith was 5 years old and he finished his high school education from there. When he was 16 years old, his mother died. Around the same time, Keith moved to Albany region in New York.
Keith got enrolled in Rensselaer Polytechnic Institute and claims that he has earned three degrees from the institute. He majored in maths, physics and biology and minored in psychology and philosophy. He also holds a BS degree in biology.
He claims that he was a ‘genius student’ but the actual reports suggest something else. When an investigation ensued to check the authenticity of his claims, it was found out that he got dropped out of high school at the age of 16. The reports say that Keith only graduated from the high school when he was 18 years old and before that, he had already joined the institute, which didn’t require high school graduation certificate to invite applications.
Keith started a company in the early 90s called Consumer’s Buyline, which was accused of some frauds and wrongly installing the pyramid scheme as their main source of profit-making. Keith was forced to shut down the company after several attorneys went against it.
He worked several jobs in the next few years, centred around New York City mainly and towards the late 90s, he came with the idea for NXIVM. He jointly founded the organisation with Nancy Salzman.
The roots for the controversial sexual behaviour of Keith radiates back to 1984, when he was accused by a woman of having sex with her underage sister. Keith was 24 then and claimed that he was an enlightened being and that her younger sister was older than her physical age. He further made outrageous claims and said that the girl in question was Buddhist goddesses and they were meant to be together in a sexual harmony.
Continue Reading Below
You May Like

Famous Beautiful Women With Green Eyes
Career
Going with its website, NXIVM happens to be an organization dealing with all aspects of personality development. It offered the solutions for several complex aspects of everyday lives such as gender, childhood development, creative expression and compassionate ethics. Further investigations by the Justice Department claimed that it is an organization that works on the pyramid scheme of business development. It meant that the group charges thousands of dollars from the participants and uses a good chunk of that money to further recruit more people.
They used a training program called ‘rational inquiry’, which they claimed was the key factor in overall personal and professional growth of the participants. Keith and Nancy were called ‘Vanguard’ and ‘Prefect’ respectively during the seminars. The duo ran the company successfully over the next decade and reportedly enrolled about 12000 people in their different programmes.
Keith co-founded World Ethical Foundations Consortium in 2009 and managed to invite Dalai Lama to the institute. Lama wasn’t sure at first but upon Keith’s insistence, he visited NXIVM in May 2009 and gave a speech. It further helped NXIVM in establishing goodwill among the Americans and as a result, they received more applications than ever.
NXIVM’s clientele has several big names from the entertainment industry such as Allison Mack, Linda Evans, Nicki Clyne and Kristin Kreuk. Despite having a major client-base, NXIVM remained a controversial organization. Suspicions arose from the fact that Keith’s wife left him after branding him as a ‘dangerous’ man. The organization’s success streak was approaching an end and the whistle was blown in 2017 by one of its former clients, Sarah Edmondson.
Controversy
In 2017, a Canadian actress Sarah Edmondson who was enrolled in NXIVM’s Executive Success Programmes in the past decade stirred a controversy. She claimed that under the cover of a skill development group, Keith and his associate Nancy were running a sex cult. She claimed that she saw some practices which were horrifying. Women were blindfolded during a submission ritual, they were stripped and were asked to provide their nude pictures if they wished to join.
For the past few years, media organizations such as Albany Times and Forbes have printed stories about how the group was leading a harem of wealthy females who acted as ‘sex slaves’. In 2010, Vanity Fair magazine further published a story titled ‘The Heiress and the Cult’. The controversial report said that Sara and Clare Bronfman, Seagram’s heiresses, had donated $150 million to NXIVM’s alleged cult.
Keith fought back on all the accusations and sued the reporters. But Edmondson’s confession finally led to all out investigative operations, headlined by the New York Times. NYT published a report in 2017 claiming that the group had a unit called ‘secret sisterhood’, in which the female members were branded as ‘slaves’.
Several other victims kept coming forward and fed the media on some shocking revelations. Keith was allegedly a sex maniac with intense sexual appetite. Several victims of his cravings were minors, whom he manipulated into having sexual intercourse with him. Keith claimed that he was as healer and could help the women move on from their traumatic past events which included sexual assaults and rapes.
He preached to his inner circle of women that the key to a happy and enlightened life was to let go of every bounds and attachments the world bestows upon them. The emotionally fragile women would then fall into his trap.
Trial
Following the report published in New York Times, FBI became active and partnered up with New York State Police and Mexican Federal Police to dig deeper. But somehow, concrete evidences are yet to be found against Keith Raniere. The seriousness of the accusations had him arrested from Mexico on March 26, 2018, on the charges of sex trafficking.
He was made to appear in front of a federal judge in Texas and faced a trial for forced labour in the state of New York, along with sex trafficking. One of his ex-girlfriends Toni Natalie claimed in court that he was a gambling and sex addict as well as a con-man.
You May Like

See the events in life of Keith Raniere in Chronological Order 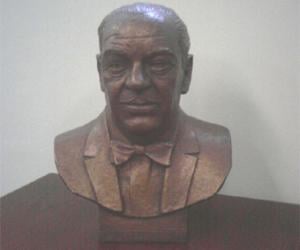