Advanced Search
George Soros, the astute businessman who founded the highly profitable Soros Fund Management LLC is also one of the world’s most active philanthropists. Born in Hungary as Gyorgy Schwartz, he immigrated to England as a boy and he changed his name to George Soros. He had witnessed the Nazi occupation of his birth country and how his Jewish family feared for their lives during the Battle of Budapest. His early childhood experiences shaped his political views and he grew up to support capitalism. He studied at the London School of Economics and became a student of the philosopher Karl Popper. After graduation he moved to New York and began a career in finance. Working for others gave him little satisfaction so he started up his own company Soros Fund Management which is today one of the most profitable hedge fund companies. He made a profit of US $1 billion during the Black Wednesday currency crisis in U.K. in 1992 by short selling. During the 1970’s he started actively becoming involved in charitable ventures and founded the Open Society Foundation to promote political causes, economic and social reforms. Till date he is reported to have donated over $8 billion for causes related to human rights, education and public health. Muhammad Ali
DID WE MISS SOMEONE?
CLICK HERE AND TELL US
WE'LL MAKE SURE
THEY'RE HERE A.S.A.P
Quick Facts

American People
Hungarian People
Investors
Philanthropists
American Men
Hungarian Men
Childhood & Early Life
He was born to Elizabeth and Tivadar in Hungary. His father, a lawyer was an escaped prisoner of war.
When he was 13 years old Nazi Germany occupied Hungary. He even survived the Battle of Budapest in 1945.
He moved to England in 1947 where he lived with his uncle.
He went to the London School of Economics and became a student of the philosopher Karl Popper. He was deeply influenced by Popper’s book ‘The Open Society and Its Enemies’. He graduated in 1952. 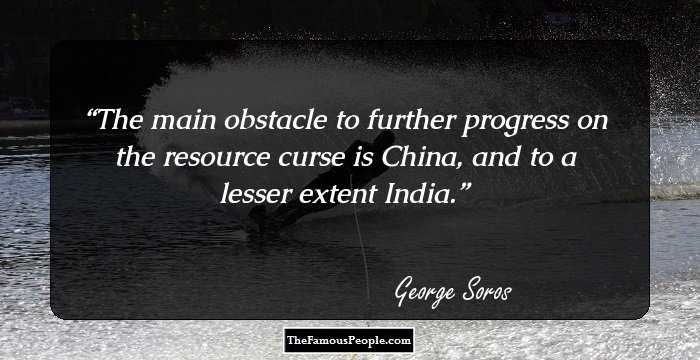 Continue Reading Below
Career
He moved to New York City in 1956 and was employed as an arbitrage trader for F.M. Mayer till 1959. Afterwards he became a financial analyst for Wertheim & Co., a position he held till 1963.
Influenced by Popper’s views, he adapted the philosopher’s ideas to develop a social theory of ‘reflexivity’ that could explain the market valuation of assets in the market.
In 1963 he was appointed the vice president of Arnhold and S Bleichroeder. However he did not find much fulfillment in the job though he held it till 1973.
He founded the Quantum Group of Funds, privately owned hedge funds, in partnership with Jim Rogers in 1973.
During the 16 September 1992 currency crisis in the U.K. known as ‘Black Wednesday’, Soros made a profit of U.S. $1 billion through short selling Sterling.
He began his philanthropic activities in the 1970’s when he started forming a network of foundations mostly based in countries in Central and Eastern Europe, Soviet Union and Africa which work to promote democratization, education and public health. The Soros Foundations operate in more than 60 countries worldwide.
He formed the first Open Society Institute in Hungary in 1984 with a budget of $3 million.
He founded the Open Society Foundations (OSF), headquartered in New York City, in 1993. The foundations support initiatives in the areas of education, rule of law, and independent media among several others.
A fervent supporter of progressive and liberal political views, he donated heavily to the U.S. political causes to support the Democrats in the 2004 election. He gave $3 million to the Center for American Progress and $20 million to America Coming Together.
Continue Reading Below
He supported the economist Jeffrey Sachs in his endeavour, the Millennium Promise to provide educational and medical aid to poverty-stricken villages in Africa. He pledged $50 million to the initiative in 2006.
He helped found the Institute for New economic Thinking (INET) in 2009 with an initial funding of $50 million. The institute is a nonprofit think tank based in New York City.
He donated $1 million to the Drug Policy Alliance campaign in 2010 to fund Proposition 19 to legalize marijuana in the state of California. But the Proposition did not pass the November 2010 elections.
He has authored or co-authored several books on financial and political issues including ‘Open Society: Reforming Global Capitalism’ (2001) and ‘The Age of Fallibility: Consequences of the War on Terror’ (2006). 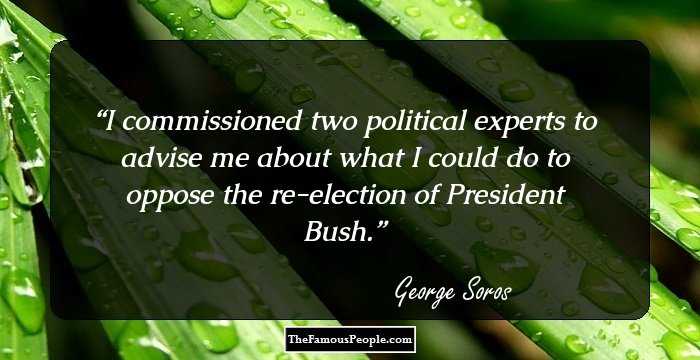 Quotes: Me, I
Major Works
He founded the highly profitable hedge fund company Soros Fund Management and made an investment profit of U.S. $1 billion during the 1992 Black Wednesday crisis in U.K. gaining the name ‘The Man Who Broke the Bank of England’.
He formed the Open Society Institute, now known as the Open Society Foundations (OSF), which manages the network of Soros Foundations that are involved in philanthropic activities all over the world.
Awards & Achievements
He was presented the Yale International Center for Finance Award from the Yale School of Management in 2000. 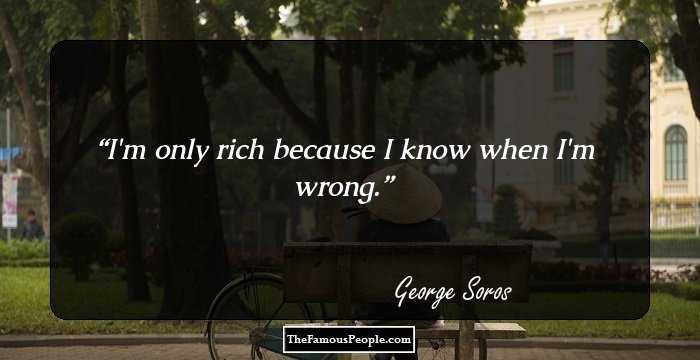 Quotes: I
Family, Personal Life & Legacy
He married Annaliese Witschak in 1960 and divorced her in 1983. They had three children.
His second marriage was to Susan Weber which too ended in divorce. This marriage produced two more children.
He is currently engaged to Tamiko Bolton.
Trivia
The name of his charitable foundation is based upon Karl Popper’s book ‘The Open Society and Its Enemies’.
He was named the 22nd richest person in the world by Forbes as on 12 March 2012.
Recommended Lists:
Miscellaneous #919

Quotes By George Soros | Quote Of The Day | Top 100 Quotes

See the events in life of George Soros in Chronological Order