Keeley Hawes is an English actress and producer who is best known for her work in the television series Line of Duty, Bodyguard and Mrs Wilson, all of which earned her BAFTA award nominations. Apart from these, she has also earned appreciation for her work in the drama series The Durrells, It's a Sin and The Missing. Earlier, she rose to prominence with BBC drama series Tipping the Velvet, the spy drama series Spooks and crime fantasy series Ashes to Ashes. Hawes made her film debut with the 1998 movie Avengers and has since appeared in other films like Death at a Funeral, Misbehaviour and To Olivia. Additionally, she has lent her voice for Lara Croft, the lead character of the Tomb Raider video game franchise (in seven editions). In 2020-2021, she turned executive producer with television series Honour and Finding Alice. Apart from films and television aside, she has also done theatre. Keeley Hawes was born as Claire Julia Hawes on 10 February 1976 in London, England and was raised in a working-class household in a council flat in Marylebone. She is the youngest of four children in her family. Her father and two brothers are taxi drivers in London.

At the age of nine, she started attending Sylvia Young’s theatre school after it moved into premises across her house. There, she trained in performance and elocution.

As a kid, she wanted to be a ballerina; however, after joining the theatre school, she moved towards acting

While in school, she began working part time jobs at various places including McDonald’s, Sainsbury grocery store and a stall in an antiques market.

She also did commercials and dramas. She first appeared on television in an episode of Forever Green in 1989 and followed it up with six episodes in Troublmakers the following year. A couple of years later, she was seen in an episode of crime drama series The Ruth Rendell Mysteries.

At the age of sixteen, she was scouted by a modelling agency on Oxford Street and went on to do a bit of modelling work for six months. Later, she joined the Cosmo magazine and worked for its fashion department.

While working there, she got her first role as an adult in Dennis Potter's television miniseries Karaoke (1996). The same year, she acted in two other television series Pie in the Sky and Heartbeatas well as a television movie The Moonstone.

In 1998, Keeley Hawes made her film debut playing Tamara in the spy action film Avengers. The following year she acted in the drama film The Last September.

In 1998-1999, she acted in Our Mutual Friend and Wives and Daughters, BBC series that were adapted from classic and modern literature. In 1999, she portrayed the younger version of actress Diana Dors in the latter’s biopic miniseries The Blonde Bombshell.

During this period, she featured in music videos of few singles. These include Saturday Night by Suede, She's a Star by James, Marvellous by The Lightning Seeds and Come Around by The Mutton Birds. The first two ranked in U.K. Top Ten hits.

The beginning of the new century saw her in a series of television shows like Hotel!, Murder in Mind, (both 2001) A Is for Acid and Me and Mrs Jones (both 2002) before she landed two BBC shows that established her firmly as an actress.

The first was Tipping the Velvet (2002), a miniseries adapted from Sarah Waters bestselling 1998 novel of the same name. In the show, Hawes played the male impersonator, Kitty Butler. The second show was the spy drama series Spooks (2002-2004) that had her playing the main role of Zoe Reynolds.

The next year (2003), she appeared in an episode – The Knight's Tale – of BBC’s adaptation of six of Geoffrey Chaucer's Canterbury Tales in modern settings. The same year, she also acted in a television movie Lucky Jim.

This was followed by more television work like Murdoch Mysteries (2004), ShakespeaRe-Told, Agatha Christie's Marple, The Best Man and After Thomas (all 2005).

On television, after appearing in a couple of episodes of British sitcom, The Vicar of Dibley (2006-2007), she bagged the main role of Alex Drake in BBC crime, drama, fantasy series Ashes to Ashes (2008–2010). The latter earned her a lot of appreciation.

A couple of years later, she bagged the pivotal role of Detective Inspector Lindsay Denton in the Jed Mercurio created drama Line of Duty. The show, which ran from 2014 to 2016, became exceedingly popular and enhanced Keeley's fame.

In 2016, she essayed the role of Gemma Webster in BBC One thriller The Missing and also took up the role of Louisa Durrell in the ITV comedy-drama series The Durrells. The latter show continued till 2019.

In 2018, Mercurio and Keeley Hawes once again collaborated for a six part political thriller series Bodyguard. The show, in which she played fictional home secretary Julia Montague, became one of the most watched British dramas and yet again earned her a lot of appreciation.

The same year, she further earned accolades for her portrayal of Dorothy Wick in the British historical drama miniseries Mrs Wilson.

She next starred in the television sitcom Year of the Rabbit as well as miniseries Traitors, Summer of Rockets (all 2019) and It's a Sin (2021). The last one again brought her tremendous critical appreciation.

In 2020 and 2021, she acted in and also turned executive producer for miniseries Honour and comedy drama series Finding Alice. Her film credits in these two years include Misbehaviour, Rebecca and To Olivia.

Her other television credits include comedy drama Mutual Friends (2009) and Ambassador (2013), a police procedural series Identity (2010) and a crime drama Tunnel (2013). Apart from these, she also acted in miniseries The Casual Vacancy (2015), Fungus The Bogeyman, The Hollow Crown (both 2016) and a television film The Lady Vanishes (2013).

Films and television aside, she has also acted in theatre productions like Rocket to the Moon (2011) and Barking in Essex (2013).

Keeley Hawes was previously married to DJ Spencer McCallum (2001-2004) and has a son Myles with him.

She married actor Matthew Macfadyen in 2004 and has a daughter Maggie and a son Ralph with him.

She has been associated with the UNICEF since 2012 and became its brand ambassador in 2017.

See the events in life of Keeley Hawes in Chronological Order 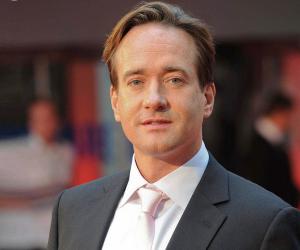