Kasie Hunt is an American political correspondent, best known as the host of the ‘MSNBC’ show ‘Kasie DC.’ She also covers the ‘US Congress’ across all the ‘MSNBC’ and ‘NBC’ news platforms. Born and raised in Wayne, Pennsylvania, Kasie graduated from ‘Conestoga High School.’ Following her graduation, she followed her aim of becoming a journalist. She attended the ‘George Washington University’ and graduated in international affairs. She also earned a master’s degree in sociology from the ‘St. John’s College,’ ‘University of Cambridge.’ Following her education, she joined an internship in the political unit of ‘NBC News.’ She also worked as a writer at many local and national publications, such as ‘National Journal,’ ‘Politico,’ and ‘Associated Press.’ In January 2013, she entered the big league, joining ‘NBC News’ as an off-air reporter. She eventually climbed the ladder, and in late 2014, she ended up becoming a political correspondent. She appeared on many news shows, such as ‘Morning Joe’ and ‘With All Due Respect,’ gradually gaining popularity. In October 2017, she began anchoring her own show, ‘Kasie DC,’ which airs in two segments every Sunday on ‘MSNBC.’ 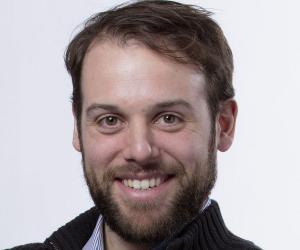 American People
Talk Show Hosts
Newspaper Columnists
Film & Theater Personalities
American Women
Childhood & Early Life
Kasie Hunt was born on May 24, 1985, in Wayne, Pennsylvania, to Bruce and Krista Hunt. She had a younger sister named Carly. Her sister is now a professional golfer.
Her father worked in the real-estate sector (design and construction), and her mother worked as a yoga teacher in Easton.
Kasie graduated from ‘Conestoga High School,’ located in Tredyffrin area of Pennsylvania, in 2003. By then, she had made up her mind about working in the mass media sector. She soon enrolled at the ‘George Washington University’ to study international affairs.
She graduated “magna cum laude” and earned a bachelor’s degree. She then moved to the UK to study at the ‘St. John’s College,’ under the ‘University of Cambridge,’ from where she earned a master’s degree in sociology. Following this, she moved back to the US and began her career in journalism.
She was interested in foreign politics during her college years. The Iraq War was at its peak when she was in college. That was when she decided to become a political correspondent.
Continue Reading Below
You May Like

Female TV Anchors
Women Journalists
American TV Anchors
American Journalists
Career
She moved to New York and began working as an intern with the political department of ‘NBC News.’ She worked there for a while and gained immense experience, following which she joined ‘National Journal,’ headquartered in Washington, DC. There, she worked as a health policy reporter in the ‘CongressDaily’ section.
At ‘National Journal,’ one of the highlights of her career was a report about the ‘Affordable Care Act,’ popularly known as “Obamacare.”
However, her real interests lay in politics, and in 2010, she began working for ‘Politico.’ She covered the 2010 midterm elections for them. She worked at ‘Politico’ for about a year and then joined ‘Associated Press,’ one of the oldest and most trustworthy news agencies in the country and the world.
She joined ‘Associated Press’ in August 2011, and one of the highlights of her job there was her coverage of the 2012 election campaign of Mitt Romney.
She finally entered the big league in 2013 when she joined ‘NBC News’ as a producer and an off-air reporter. She exclusively covered the ‘US Congress’ and the major political happenings in the country. Her efforts paid off, and soon, she began appearing regularly as a political reporter on ‘MSNBC.’ In November 2014, she had a major career breakthrough when she became a political correspondent.
She gained popularity for being blunt and hard-hitting. As an ‘NBC News’ Capitol Hill correspondent, she covers the ‘US Congress’ on all the ‘NBC’ and ‘MSNBC’ platforms. She regularly appears on shows such as ‘Nightly News with Lester Holt,’ ‘Today,’ and ‘NBCNews.com.’
She became known for her extremely blunt and hard-hitting verbal exchanges with senators John McCain and Elizabeth Warren. She also extensively covered the political campaigns for the 2016 general elections and reported on candidates such as Donald Trump, Hillary Clinton, and Bernie Sanders. She also managed to interview Donald Trump the same day he announced he was running for president.
She also appears on shows such as ‘With All Due Respect,’ ‘Hardball with Chris Matthews,’ and ‘Morning Joe’.
In October 2017, she began hosting her own talk show, ‘Kasie DC,’ where she covers all the major political happenings in the country. The show airs in two segments every Sunday evening.
In November 2018, she covered the sexual harassment incidents in Capitol Hill, for which she was honored with a ‘Joan Shorenstein Barone Award’ by the ‘Radio and Television Correspondents’ Association.’
Recommended Lists:

Women Talk Show Hosts
Women Media Personalities
American Female Tv Anchors
American Female Journalists
Family & Personal Life
Kasie Hunt dated ‘NBC News’ producer Matt Rivera for a while, before getting married to him on May 6, 2017. In March 2019, she announced that she was pregnant with their first child. She is expecting the child in August 2019.
Despite being one of the top political reporters in the country, she receives criticism for being a slightly right-leaning journalist.
She has supported the ‘#MeToo’ movement across various platforms.
Recommended Lists:

See the events in life of Kasie Hunt in Chronological Order