Advanced Search
Kalpana Chawla was American astronaut who died in the Space Shuttle ‘Columbia’ disaster. Born in Karnal, India, she was the first woman of Indian origin to go to space. A tomboy from the beginning, she developed a passion for airplanes in her early childhood. After earning a Bachelor of Engineering degree from the University of Punjab she moved to the USA at the age of twenty. There she did her Masters and PhD in Aerospace Engineering. Thereafter, she joined NASA and began her career as a researcher, working on various topics first at Ames Research Center and then at Overset Methods Inc. Meanwhile, she became a certified pilot with a commercial license for multi-engine airplanes, seaplanes, and gliders. After becoming a US citizen in 1991, she applied for the NASA Astronaut Corps, eventually joining the organization in March 1995. In May 1997, she went on her first space mission, travelling for fifteen days in the Space Shuttle Columbia flight STS-87. In 2003, she travelled once again into the space aboard ill-fated Space Shuttle Columbia flight STS-107 and remained in the space for about sixteen days. She died at the age of forty when the Space Shuttle Columbia disintegrated over Texas, sixteen minutes prior to landing. M. Visvesvaraya
17th March In History
DID WE MISS SOMEONE?
CLICK HERE AND TELL US
WE'LL MAKE SURE
THEY'RE HERE A.S.A.P
Quick Facts

Cause of Death: Space Flight Crash

See the events in life of Kalpana Chawla in Chronological Order 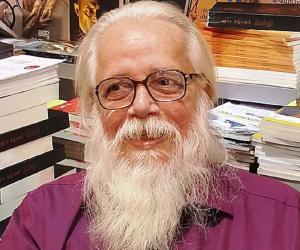