Advanced Search
KalaniHilliker is one of the most talented dancers out there currently. To call her a great dancer is an understatement; she is simply phenomenal! She rose to fame when she participated in the second season of ‘Abby’s Ultimate Dance Competition.’ She also appeared in one episode of the hit show ‘Shake It Up’, after which she realized that she loved dancing and decided to pursue a career as a professional dancer. Her parents, especially her mother, supported her dream and ambition and helped her find her feet in the cutthroat world of dancing. Moreover, her mother also stars in ‘Dance Moms’along with her. She has also made a splash in the social media world, becoming a social influencer for tweens and teens amassing a large following across the world. She has currently 3.5 million followers on Instagram, 293K followers on Twitter and more than 100K likes on Facebook, making her one of the most followed young celebrities on social media! 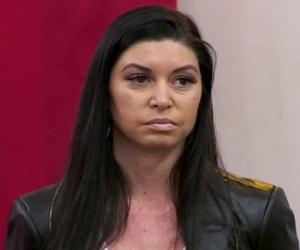 American People
Arizona YouTubers
Libra Youtubers
Female YouTubers
American YouTubers
The Meteoric Rise to Stardom
KalaniHilliker started dancing from the tender age of two. At her very first performance which was a recital, it was crystal clear that she was destined to be a performer. She then furthered her dance training at Club Dance in Arizona when she was five years old and then went on to train in ballet at the Master Ballet Academy at the age of ten. Due to her impeccable technique and talent, she competed regularly in the US dance circuit, winning numerous solo regional and national titles at Dance Awards, Nuvo, Jump, Showbiz, and Hall Of Fame to name a few. Her first professional break came in 2011, when she, along with several of her dance friends entered Disney Channel’s ‘Make Your Mark: Ultimate Dance Off’ contest, vying for the prize of a featured role on the hit television show ‘Shake It Up.’ Her group AKsquared, won the competition and was featured in the episode ‘Camp It Up.’In 2013, Hilliker competed in the second season of ‘Abby’s Ultimate Dance Competition’ and instantly became Abby Lee Miller and the audience’s favourite. However, she was eliminated from the show in Vegas Week for a weak Hip-Hop performance but was brought back by Miller with her call-back card. She made it to the final four but was eliminated during the group challenge in the finals week. But this was not the end of the road for Hilliker. Thoroughly impressed by her dancing skills and talent, Abby Lee Miller invited KalaniHilliker and her mother, Kira Girard, to join the Abby Lee Dance Company in the ‘Dance Moms’ season 4 episode ‘Big Trouble In The Big Apple.’The mother-daughter duo continued on in the show until the season’s midseason finale episode ‘Presenting My New Team’, after which she and her mother decided to return to Arizona with Kira explaining that family was more important to them than fame. Despite leaving the show, Kalani still appeared as a member in the ‘Junior Elite Competition Team’ for the fifth season. Apart from these two reality shows she has also made appearances in ‘America’s Got Talent’ and ‘The View.’Hilliker has also acted in television shows such as ‘Bunheads’, ‘Breaking Brooklyn’ and ‘Swiped.’ She also has a few music videos to her credit such as Mackenzie Ziegler’s ‘It’s A Girl Party’,MattyB’s‘Turn Up The Track’, Kendall K Vertes’s‘Wear ‘Em Out’ and Mackenzie Sol’s ‘My Name.’
Recommended Lists:

American Women YouTubers
Female Social Media Stars
American Social Media Stars
American Women Social Media Stars
Continue Reading Below
What Makes Kalani Hilliker So Special
There is no doubt that Kalani Hilliker is enormously talented, but what further contributes to her popularity is her flexibility, technique and having the natural look of a dancer. When she dances, it is almost impossible to take your eyes off her. In both ‘Abby Miller’s Ultimate Dancing Competition’ and ‘Dance Moms’, she was, and still is, considered to be one of the strongest competitors. Her discipline and love for dance is remarkable and certainly deserves to be applauded. In the cutthroat world of dancing with millions of dancers, KalaniHilliker certainly holds her own and serves as a big source of inspiration to a lot of young girls and aspiring dancers out there. Because of her immense determination and talent, she won the Junior Female Best Dancer award at the 2013 Dance Awards and was adjudged the 2nd runner up for Teen Female Best Dancer award at the 2015 and 2016 Dance Awards. She was also nominated for the award of Favourite Dancer 17 & Under at the 2015 Dancers Choice Awards and also for the Choice Dancer award at the 2016 Teen Choice Awards.
Recommended Lists:

Yes this is us. My girl for life couldn't live without you babe?? @alexis135

Behind the Curtains
When Hilliker is older she would love to be a backup dancer for Beyonce or Katy Perry. Apart from them, some of her favourite artists are Ariana Grande, Drake and Rihanna. In 2016, she named Jazz Funk, Hip-Hop and Lyrical as her favourite styles of dance. When it comes to her dance numbers, her favorite solo is ‘Free’,favourite group dance is ‘Hotline’ and favourite duet is ‘Disconnected.’ Apart from dancing, she is obsessed with the television show ‘Grey’s Anatomy’ and her favourite characters from the show are Meredith Grey, Derek Shepherd and Cristina Yang. If she ever had a pet, she would choose a finger monkey or a tiny fluffy dog. She also has her own dance wear line with Purple Pixies company. She has also been honoured as a Capezio athlete and has her own clothing line collection called Mod Angel.

Thankful to be able to do what I love everyday. And I thank dance for the endless opportunities I'm able to have because of it. Choreography by @markmeismer ❤️❤️

Trivia
If KalaniHilliker wasn’t a dancer, she would probably have been a soccer player because when she was younger she used to play in a club soccer team.