Kal Penn (Kalpen Suresh Modi) is an American actor, chef, producer and civil servant of Indian origin. He has portrayed the popular TV character Lawrence Kutner on the television program ‘House’, and appeared as Kumar Patel in the ‘Harold & Kumar’ film series. He has also received a lot of critical acclaim for the film ‘The Namesake’. Penn has also taught at the University of Pennsylvania in the Cinema Studies Program. Penn worked as an Associate Director in the White House Office of Public Engagement for two stints during April 2009 - July 2011. After his White House stint, he appeared in the hit television series ‘How I Met Your Mother’. His immigrant parents wanted that he should become a doctor or a lawyer when he grew up. But Kal had a dream of entertaining people from his very childhood and chose to become an actor instead. After all his hard work he eventually got roles in films and television movies and made his mark on the audience of different age groups. He has won nominations for his role in various movies and even won some of them. American People
American Men
New Jersey Actors
Stanford University
University Of California, Los Angeles
Childhood & Early Life
Kal Penn was born Kalpen Suresh Modi in Montclaire, New jersey, United States, on April 23, 1977.
His father is Sursesh Modi, an engineer, and his mother is Asmita, a fragrance evaluator at a perfume company with a master’s degree in chemistry. He has a younger brother named Pulin.
His parents were traditional Gujrati immigrants who wanted their son to become a lawyer or a doctor, but Kal chose to be an actor instead.
He attended the ‘Marlboro Middle School’ in Marlboro, New Jersey, and played saxophone in the school band.
During his schooldays he joined the drama classes held at school instead of joining the school soccer team and took part in ‘The Wiz’ which was produced by the school when in the eight grade.
Next, he attended the ‘Howell High School Academy for The Fine and Performing Arts’ run by ‘Howell High School’ for three years. Before completing his studies here he moved to the ‘Freehold Township High School’ in New Jersey where he became a member of the school’s ‘Forensics Speech & Debate Team’.
He graduated from the ‘Freehold Township High School’ in 1995 and moved to Los Angeles to attend the ‘University of California School of Theatre, Film and Television’ and graduated from there with a major in sociology and the performing arts.
During the 1990s, he participated in various productions for the television when he was studying at both the schools which included ‘Spin City’, Teenage Witch’, ‘Buffy the Vampire Slayer’ and ‘Sabrina’.
He even directed a short film while studying in college where the laed role was being played by Jason Allentoff.
He then studied at the ‘University of California’ at Los Angeles for a double major in film and sociology. 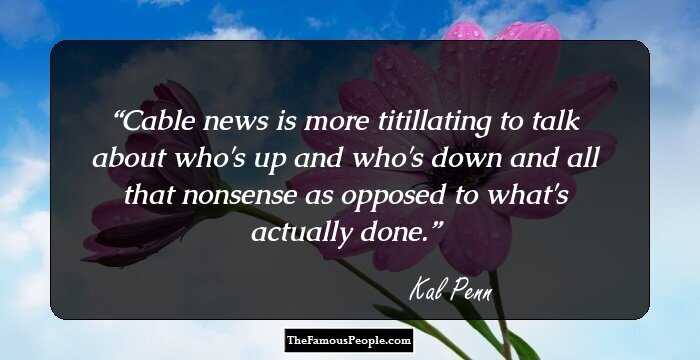 Continue Reading Below
Acting Career
Kal Penn started his acting career in 1988 with a film titled ‘Express: Aisle to Glory’. During this time he changed his long and difficult Indian name to ‘Kal Penn’, which was much shorter one, so that potential employers would not shun him. He actually started to get fifty per cent more calls after the change though he still likes to be called by his original name.
He starred in ‘American Desi’ in 2001, in ‘National Lampoon’s Van Wilder’ in 2002 and in ‘Love Don’t Cost a Thing’ in 2003.
He made a breakthrough as a famous actor when he was selected to play the role of an Indian American student named Kumar Patel in the comedy feature film ‘Harold & Kumar Go to White Castle’ in 2004.
In 2006, he starred in the films ‘Superman Returns’ and ‘National Lampoon’s Van Wilder: The Rise of Taj’.
In 2007, he was offered a part in the film ‘Planet Terror’ but had to refuse it as he was busy shooting for ‘The Namesake’.
He also starred in the sequels ‘Harold & Kumar Escape from Guantanamo Bay’ in 2008 and ‘A Very Harold & Kumar 3D Christmas’ in 2011.
During the spring of 2008 he served at the ‘University of Pennsylvania’ in Philadelphia as a visiting professor in ‘Asian American Studies Program’ and taught the subject ‘Images of Asian-Americans in the Media’ and took seminars on ‘Contemporary American Teen Films’.
Penn joined the ‘National Arts Policy Committee’ when Barack Obama was campaigning for the Presidency and on November 3, 2008, campaigned for Obama at the ‘Keene State College, Keene, New Hampshire’ with Rachel Leigh Cook.
On April 7, 2009 he accepted the post of Associate Director of the ‘White House Office of Public Liaison and Intergovernmental Affairs’ at the behest of the Barack Obama Administration. Television writers did some character assassination when he asked to be relieved from taking part in the show ‘House’ which had been running since 2004.
Continue Reading Below
He resigned from this post in 2010 for a brief period and went back to acting. After acting for a bit in different productions he again joined the post of Associate Director of the ‘White House Office for Public Liaison and Intergovernmental Affairs’. He finally resigned from this post in July 2011.
In 2014, he joined the ‘Stanford University’ to get a degree on international security. 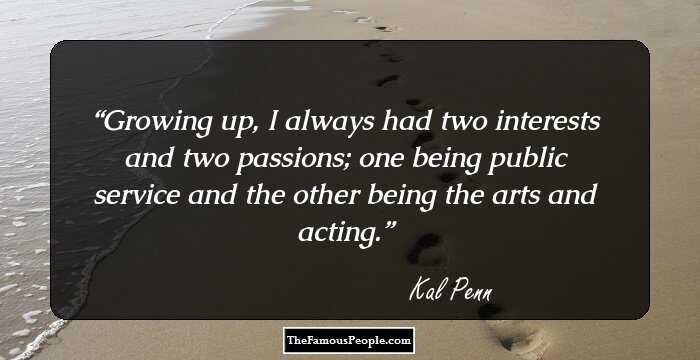 Quotes: Art
Roles in TV
Apart from roles in various films, Kal Penn has appeared in various television series such as ‘ER’, ‘24’, ‘Law & Order: Special Victims Unit’, ‘Battle Creek’, ‘We are Men’ and ‘How I Met Your Mother’ by 2011.
He became highly popular as an actor with his role of Dr. Lawrence Kutner in the medical drama ‘House’ produced by ‘FOX’.
In 2016, he was cast for ‘Designated Survivor’ with Keifer Sutherland from the earlier cast of ‘24’.
Awards & Achievements
Kal Penn won an ‘Asian Excellence Award for Outstanding Actor’ for the role he played in the film ‘The Namesake’.
He won nominations for an ‘MTV Movie Award’, a ‘Screen Actors Guild Award’ and a ‘Teen Choice Award’ for his role of Kumar Patel in the television movie ‘Harold & Kumar Go to White Castle’ released in 2004. 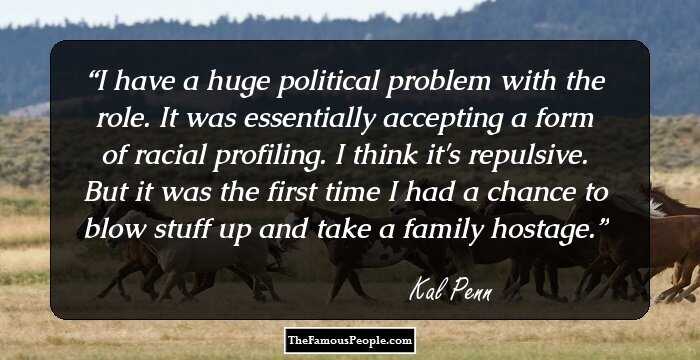 Trivia
Despite various roles of a non-vegetarian that he has played in various films, Kal Penn is still a vegetarian.
Kal Penn was reported to have died in June 2016 in Facebook. This report was later confirmed to be a complete hoax.
In late April 2010, at 1:20 a.m., he was robbed of his wallet and other belongings at gunpoint on the streets of Washington, D.C.
He is a supporter of the ‘International Red Cross’ and in January 2017 he raised more than $500,000 for refugees from Syria.
On January 2, 2017 he also donated the full cash prize of $25,000 won from the ‘MasterChef Celebrity Showdown’ award to refugees from Palestine.

See the events in life of Kal Penn in Chronological Order