(One of America's Greatest Comedians of His Era)

Advanced Search
Groucho Marx was an American Comedian, regarded as one of the best comedians of the modern era. A member of the highly popular family comedy act “Marx Brothers” which also included his brothers Chico, Harpo, Gummo, and Zeppo, Groucho Marx also had a tremendously successful solo career. Well-known for his witty comebacks, he was also much loved for his quirky looks and mannerisms. His signature look consisted of glasses, a thick greasepaint mustache and eyebrows, and an ever-present cigar in his mouth. His distinctive appearance, which he had adopted during his early days in vaudeville, became an instant hit in films and television too. Along with his brothers he made 13 feature films, most of which became super hits—five of these were selected by the American Film Institute (AFI) as among the top 100 comedy films. He also enjoyed much success as a solo comedian and gained a lot of attention as the host of the radio and television game show ‘You Bet Your Life.’ Despite all the success he enjoyed in his professional career, Marx’s personal life was not a happy one with all three of his marriages ending in divorce.

Image Credit
https://commons.wikimedia.org/wiki/File:Groucho_Marx_Koko_the_Mikado_Bell_Telephone_Hour_1960.JPG
(NBC Television. There is a partial NBC Photo stamp on back-the photographer's name isn't visible, but the "NBC" portion of the stamp is. / Public domain) epitaphs: In an interview, he jokingly suggested his epitaph read

American Celebrities
Jewish Comedians
Actors
Writers
Comedians
Childhood
Groucho Marx was born as Julius Henry Marx on October 2, 1890 in Manhattan, New York City, New York, U.S. to Minnie Schönberg and Sam "Frenchie" Marx as one of their five sons. He had four brothers: Leonard (Chico), Adolf (Harpo), Milton (Gummo), and Herbert (Zeppo.)
While neither of his parents was directly linked to the show business, his maternal uncle Al Shean had a successful career in the vaudeville. His mother wanted her sons to follow in the footsteps of her brother.
Though Julius aspired to be a doctor as a young boy, he was forced to drop out of school because of poverty and give up this dream.
His mother tried to promote the Marx Brothers as a singing vaudeville group. However, the boys were not much musically inclined and their performances were not successful.
After one disappointing performance, the boys started cracking jokes onstage for their own amusement. Surprisingly, the audience started laughing to their jokes as well. Thus the brothers realized that the audience liked them better as comedians than as singers. 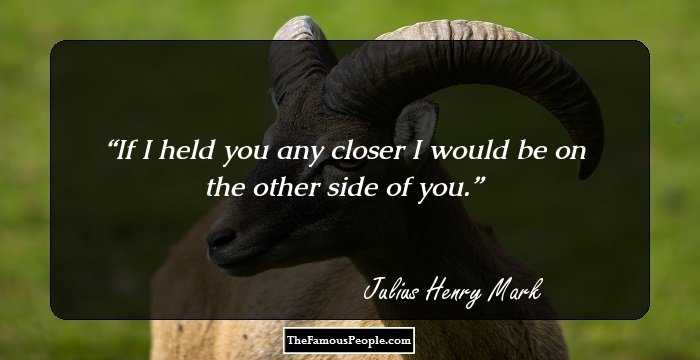 Quotes: You
Continue Reading Below
Career
Once the Marx Brothers decided to promote themselves as comedians, they each took up a stage name, with Julius taking the name “Groucho” for himself. His brothers adopted the names Chico, Harpo, Gummo, and Zeppo.
They found considerable success on the vaudeville as a family act and before long they had established themselves as the biggest comedic stars of the Palace Theatre in New York City. The Marx Brothers took the Broadway by storm and enjoyed massive success on the stage.
By the 1920s, the family act had become so popular that the brothers didn’t even have to utter a word to make the audience laugh. Their very presence was enough to send the audience doubling with laughter!
Films emerged as a new medium of entertainment in the 1920s. Already established entertainers, the Marx Brothers made their first feature film ‘Humor Risk’ in 1921. The film, however, was never released and has since been lost.
In 1929, ‘The Cocoanuts,’ a musical comedy film starring the Marx Brothers was released. It also starred Oscar Shaw, Mary Eaton, and Margaret Dumont along with the brothers. The movie proved to be a big hit, and earned over $1.8 million at the box office, making it one of the most successful early talking films.
Over the ensuing years Groucho Marx, along with his brothers, made many other hit films, such as ‘Monkey Business’ (1931), ‘Horse Feathers’(1932), ‘Duck Soup’ (1933), and ‘A Night at the Opera’ (1935).
Marx was also a radio comedian and a show host. In 1932, he was featured in ‘Flywheel, Shyster, and Flywheel,’ a situation comedy radio show written primarily by Nat Perrin and Arthur Sheekman. It also starred his brother Chico.
The late 1930s also marked a successful period for the Marx Brothers. They appeared in various hit films including ‘A Day at the Races’ (1937), ‘Room Service’ (1938), and ‘At the Circus’ (1939). During this period Groucho also gave a few solo performances as two of his brothers were not much active in the show business any longer.
After enjoying unprecedented success for around two decades, Groucho Marx faced quite a few disappointments in the 1940s. His radio show ‘Blue Ribbon Town’ turned out to be a flop and he found no takers for his proposed sitcom ‘The Flotsam Family.’
Continue Reading Below
In the late 1940s, his career received a new leash of life when he was asked to host the quiz show ‘You Bet Your Life.’ The show debuted on ABC Radio on October 27, 1947 and moved to CBS Radio in 1949. Owing to its simple format, it was broadcast simultaneously on both radio and television. It proved to be a major hit and ran successfully for several years.
Groucho Marx remained active even during his later years. He was in his late seventies when he made appearances in ‘I Dream of Jeannie’ (1967), ‘Skidoo’ (1968), and ‘Julia’ (1968). His final major public appearance was at the 1974 Academy Awards telecast. 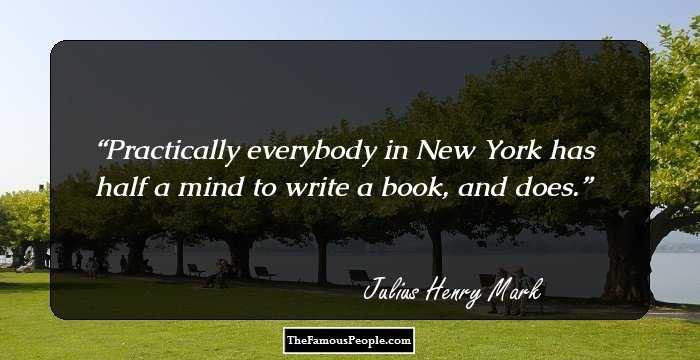 Major Works
Groucho Marx, along with his brothers, appeared in the 1933 comedy film ‘Duck Soup.’ The movie, which also featured Margaret Dumont, Louis Calhern, Raquel Torres and Edgar Kennedy along with the Marx Brothers, is considered by critics to be a masterpiece of comedy.
The Marx brothers’ movie ‘A Night at the Opera’ was a massive box office hit at the time of its release. In 1993, it was selected for preservation in the National Film Registry by the Library of Congress as being "culturally, historically, or aesthetically significant".
Awards & Achievements
Groucho Marx was presented with an honorary Academy Award at the 1974 Academy Awards telecast.
The Marx Brothers were collectively named #20 on AFI's list of the Top 25 American male screen legends of Classic Hollywood, becoming the only group to be so honored. 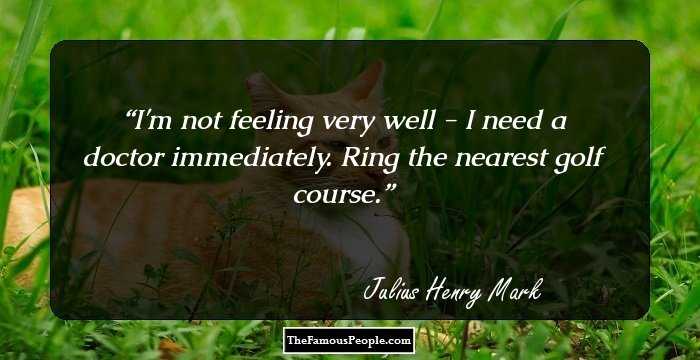 Personal Life & Legacy
Groucho Marx married chorus girl Ruth Johnson in 1920. The couple had two children, Arthur Marx and Miriam Marx. They divorced after 22 years of marriage in 1942.
He married Kay Marvis in 1945. Groucho was 54 and Kay 21 at the time of their marriage, and speculations were rife that the marriage would not last long. The couple divorced in 1951 after having a daughter, Melinda Marx.
His third wife was actress Eden Hartford who he wed in 1954. This marriage ended in 1969.
Groucho Marx lived a long life. He became sick with pneumonia towards the end of his life and was hospitalized at Cedars-Sinai Medical Center on June 22, 1977. He nearly two months later on August 19, aged 86.

Quotes By Groucho Marx | Quote Of The Day | Top 100 Quotes

See the events in life of Groucho Marx in Chronological Order