Julia Gilas is a Ukrainian-American fitness model, personal trainer, and social media personality. Gifted with natural good looks and a well-toned body, she has achieved an iconic status in her industry. She was raised in an impoverished family but even when she was a child, she knew that she wanted to become a model. She wasn’t a good student and disliked attending a regular school. However, it changed when she enrolled at a modelling school at the age of 14. She thrived there, gradually becoming one of the best students in her class. At 16, Gilas rebelled against her parents and left home to pursue her dream of becoming a model. In time, she achieved moderate success and built a name for herself in the European fashion scene. She immigrated to the United States in 2010 to be more professionally active. Three years later, she was granted US citizenship. She eventually made the switch to fitness modelling from conventional modelling and garnered even more popularity. On Instagram, her main platform, she has over five million followers. 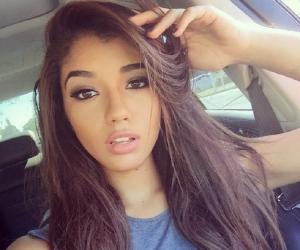 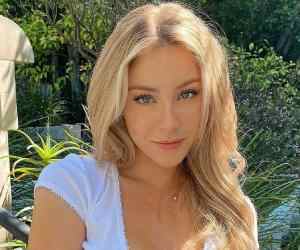 Ana Cheri
Instagram Fitness Models #25
YouTubers #448
Continue Reading Below
DID WE MISS SOMEONE?
CLICK HERE AND TELL US
WE'LL MAKE SURE
THEY'RE HERE A.S.A.P
Quick Facts

American People
Ukrainian People
Ukrainian Women
Female Instagram Stars
Female Fitness Experts
American Instagram Stars
Childhood & Early Life
Julia Gilas was born on December 15, 1984 in Ukraine in a blue-collar family. Gilas has a sister named Halen. Despite growing up in the harsh conditions of Ukraine with its frigid cold winters and hot and humid summers, she had a relatively normal childhood. While her family lacked many things, including a few essentials, it did not matter a lot. According to Gilas, as a child, she did not notice these missing things. She played on the streets, rode her bicycle, and spent time with her friends in the neighbourhood.
Recommended Lists:

American Female Instagram Stars
American Instagram Fitness Models
American Female Instagram Fitness Models
Sagittarius Women
She was not a good student and disliked going to school. She often felt trapped in her small city in Ukraine and wanted to leave one day and travel. When she turned 14, she joined a modelling school. This was one of the most significant events of her life. While she had harboured dreams of being part of the fashion industry for a long while, she had always questioned how realistic they were. Her time in the modelling school affected her positively and gave her the confidence to pursue modelling as a profession.
You May Like

The Hottest Male Celebrities With The Best Abs
Continue Reading Below
Career
Julia Gilas left home at 16 to pursue her dreams. She worked hard and believed in a simple philosophy: “Take responsibility for yourself and your actions, and don’t expect anything from anyone.” In the subsequent years, she rose through the ranks in the incredibly competitive fashion industry. She travelled all across Europe, participated in fashion shows and posed for photo shoots. She states that modelling did not pay much but she was getting a practical education. She even learned how to speak English. In 2010, she made another life-changing decision and relocated to the US. Three years later, in 2013, she formally became a US citizen.
As she grew older, she began to understand the negative aspects of modelling. It is a gruelling profession that results in several health issues in the long run. She realized that most models led a very unhealthy life marked by heavy consumption of junk food and energy drinks. She did not want to be like that and desperately sought a way out.
Gilas did her research and read all the content she could get on healthy living. She realised that she was not healthy herself as she was eating poorly and not going to the gym. She started doing exercises, focusing more on developing her muscles. She created a Facebook page, an Instagram account, a Twitter account, and a YouTube channel and began posting content on fitness and modelling. Besides having five million followers on Instagram, she has over eight thousand followers on Twitter, four thousand subscribers on YouTube, and 2.5 million followers on Facebook. She has even set up a website.
Recently, she set her Instagram profile to private. She is apparently protecting her page from fake and spam accounts. She is also blocking every Instagram account without a profile picture.
She owns a hair extension company that she has been running for the last ten years. Gilas is sponsored by Lord Timepieces, a London-based watch manufacturing company.
Personal Life
There are conflicting reports on her marital status. While some sources say that she is married, others state that she isn’t. She presently resides in San Diego, California and has a pet squirrel, a long-haired Chihuahua, Tyson, and a Himalayan cat, Tazo. 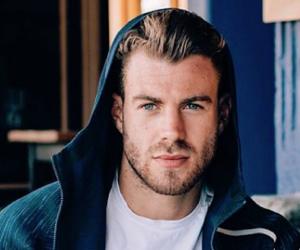