Judas Iscariot was one of the 12 chief disciples of Jesus Christ, the founder of Christianity. Judas betrayed his master, Jesus Christ, which ultimately led to Jesus’ crucifixion for heresy. Reviled in mainstream Christianity as a man of weak morals or as the incarnation of the Devil, Judas has become a synonym for a person who betrays a higher cause or a great person. The legend of Judas was historically used as a justification for the persecution of the Jewish community in Europe and the Middle East. From the beginning of Christianity to the greater part of the 20th century, he was almost always portrayed in a bad light in art, literature, drama, and other forms of popular culture. One of the most famous works of Western literature, ‘Inferno’ by Dante, depicts him as an evil character condemned to the lowest circle of Hell, along with the assassins of Julius Caesar, Brutus, and Cassius. Since the 1970s, scholarly studies and popular culture have featured more sympathetic portrayals of Judas. The discovery of the ‘Gospel of Judas’ in Egypt in the 1970s was a revelation. Its translation, published in 2006, portrayed the life of Judas Iscariot in a new way and helped in the reassessment of his image. Nouveau Cheap
DID WE MISS SOMEONE?
CLICK HERE AND TELL US
WE'LL MAKE SURE
THEY'RE HERE A.S.A.P
Quick Facts
Family:

Nouveau Cheap
Early Life & Origins
Not much is known about Judas’s childhood and early life. His surname, “Iscariot,” indicates that he must have belonged to the town of Kerioth (also known as Carioth) in the kingdom of Judaea, as the Hebrew word “Iscariot” means “man from Kerioth.”
A number of scholars believe that the word “Iscariot” is a corruption of the Latin word “sicarius,” meaning “dagger man.” According to the scholars who hold this opinion, Judas may have been a member of the ‘Sicarii,’ a group of radical Jews, some of whom committed acts of terrorism by assassinating people in public places with long knives hidden under their cloaks. Judas is also the Greek spelling for the name “Judah,” which in Hebrew means “God is praised.”
German Lutheran clergyman and scholar Ernst Wilhelm Hengstenberg believed “Iscariot” meant “the liar” or “the false one” in the Aramaic language. However, other scholars contest this with the argument that since the gospel writers have written that he had betrayed Jesus, it would be redundant to use the phrase “the false one” or the adjective “liar” as a suffix to his name. Such scholars believe that “Iscariot” must be his genuine last name.
It is stated in the gospels that he was the son of Simon Iscariot. Since “Judas” was a popular name among the Jewish people at that time, it is very difficult to unearth any more information about him than what has been provided by historical and biblical records and stories. Some scholars are of the opinion that Simon Iscariot was actually Simon Peter, who was one of the 12 apostles of Jesus and a major Christian saint, but this is not confirmed and cannot be verified.
Some scholars also believe that Judas is a fictional character created to paint the Jews in a bad light, but these views have not gained much popularity in mainstream academic discourse, and Judas continues to be treated as an authentic historical character.
Continue Reading Below
You May Like

Who Is The Greatest Female Warrior In History?
Life as an Apostle
It is not clear when and at what age and stage of his life he became a disciple of Jesus. There is no information available about where he lived before becoming a disciple of Jesus. While there is sufficient evidence to indicate that all other disciples of Jesus were from the region of Galilee, what is now known as Northern Israel, Judas’s origin is inferred only from his last name, “Iscariot,” and it is believed he was from the city of Kerioth in Southern Palestine. However, it is not known whether he lived in Kerioth or some other place before becoming a disciple of Jesus.
In the ‘Gospel of Matthew’ 19:28, Jesus has been described as stating that his 12 disciples should sit on 12 thrones, judging the 12 tribes of Israel. All four canonical gospels talk about Judas as one of the chief disciples of Jesus.
He studied under Jesus for three years. He was very close to Jesus and became part of his innermost circle. He was said to be a healer of the sick and a performer of exorcisms (casting out demons), apart from being a preacher of the gospel.
He was made the treasurer of the apostolic ministry by Jesus. According to the ‘Gospel of John,’ the disciples’ money box was kept in his custody.
Betrayal of Jesus
He betrayed Jesus, and that led to the arrest and the subsequent conviction of Jesus by the ‘Sanhedrin,’ the Jewish judicial body. Following his conviction, Jesus was crucified by the Roman authorities administering Judaea, upon the recommendation of the Jewish priests and elders. However, there are different accounts of his betrayal. Scholars have, at different points in time, suggested different motives for the act and have even questioned the authenticity of the claim that he betrayed Jesus.
The earliest account of his betrayal of Jesus is found in the ‘Gospel of Mark.’ This gospel states that when he went to the Jewish priests to betray Jesus, Judas was offered 30 pieces of silver as a bribe. At the same time, whether he went to the priests to betray Jesus for the sake of money or some other reason was not made clear.
According to the ‘Gospel of Matthew,’ he betrayed Jesus in exchange of a bribe of 30 pieces of silver from the Jewish priests. According to this gospel, he identified Jesus with a kiss (immortalized in history as the “Kiss of Judas”) and revealed him to the soldiers of the Jewish high priest Joseph Caiaphas, who then handed Jesus over to the soldiers of the Roman governor of Judaea, Pontius Pilate. The gospel also states that Jesus foresaw that Judas would betray him.
The ‘Gospel of John’ also describes him as the betrayer of Jesus, but it does not mention the bribe of 30 pieces of silver. It describes him as being unhappy about money that was spent on perfumes to anoint Jesus, when it could have been spent on the poor. The gospel also states that Jesus foresaw his betrayal and allowed it to happen.
In Islamic scholarly literature, he is not regarded as a traitor. Islamic literature maintains that he lied to the Jewish authorities about Jesus in order to protect him. According to the 14th century Arab Islamic scholar Al-Dimashqi, Judas assumed the appearance of Jesus and was crucified in his place.
Some modern scholars are of the opinion that he betrayed Jesus because he was unhappy with his teachings and actions. According to some scholars, he hoped that Jesus would work to liberate Judaea from Roman occupation through his ministry but was disappointed that he did not make any attempt to do so. Others are of the opinion that Jesus had increased tension between the Jews and the Romans through his sermons and needed to be restrained.
In April 2006, a Coptic manuscript titled the ‘Gospel of Judas’ was translated. It revealed that Jesus had himself asked Judas to betray him. However, this translation is not accepted by some scholars.
Death
There are a number of different accounts of his death. These descriptions regarding his death have been retrieved from the ‘New Testament’ and from other sources.
According to the ‘Gospel of Matthew,’ Judas was filled with regret and remorse after betraying Jesus. The gospel states that he went to return the 30 pieces of silver that he had received as a bribe for betraying Jesus to the Jewish priests. The priests refused to accept the money, as it was blood money. Thus, he threw the 30 pieces of silver away and left. Following this, he committed suicide by hanging himself.
In the ‘King James Bible,’ Acts 1:18 state that Judas had bought a field from the money he received from the priests. It states that as he walked through the field, he fell on his head and died. In this account, Judas shows no remorse for his act, unlike what has been described in the ‘Gospel of Matthew.’
In the ‘Expositions of the Sayings of the Lord,’ authored by Papias of Hierapolis, an early Christian Bishop from Greece, in the first century AD, a grotesque account of Judas’s death has been provided. The account states that before Judas’s death, his body became bloated and began emanating foul smell. Thus, he became disgusted and killed himself.
According to the ‘Gospel of Barnabas,’ Judas’s appearance changed to that of Jesus Christ’s when he led the Roman soldiers to arrest Jesus. The gospel states that Jesus was, by then, already in Heaven and that it was Judas, and not Jesus, who was crucified on the cross.
You May Like

See the events in life of Judas Iscariot in Chronological Order 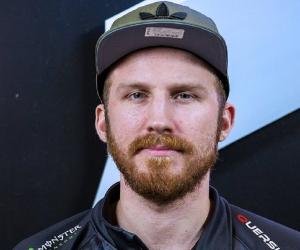