Josh Hartnett is an American actor and producer. He is best known for his portrayal of ‘Michael Fitzgerald’ in the TV drama series ‘Cracker,’ which ran from 1997 to 1998. With his smouldering good looks and sex appeal, he was a much sought after young actor during his youth. Though he was predominantly known for his looks, Josh Hartnett went on to prove that he had the skills to deliver powerful performance as well. During his high school days, acting was not the first career option in the mind of this athletic youngster as he was more into sports. He had not even thought about performing on stage until an injury forced him to quit his sporting activities. The dejected teenager was encouraged by his aunt to try his hand at acting. He landed the part of ‘Huckleberry Finn’ in a stage production of ‘Tom Sawyer’ and was soon fascinated by acting. As a 19 year old, he was cast in the ABC drama ‘Cracker,’ which ensured that Josh got noticed for his great looks. His first feature film role was in the horror flick ‘Halloween H20: 20 Years Later,’ which established the young man as a teen heartthrob. More film offers followed and he soon became a famous figure in Hollywood. Shia LaBeouf
21st July In History
DID WE MISS SOMEONE?
CLICK HERE AND TELL US
WE'LL MAKE SURE
THEY'RE HERE A.S.A.P
Quick Facts

Josh Hartnett was born Joshua Daniel Hartnett on July 21, 1978, in Saint Paul, Minnesota, USA, to Wendy Anne and Daniel Thomas Hartnett. He was raised by his building manager father and artist stepmother. He has three younger half-siblings.

He first attended ‘Cretin-Derham Hall High School’ before transferring to ‘South High School’ from where he graduated in 1996.

He was athletic and loved playing sports, especially football. An injury made it impossible for him to continue playing. When he was upset, his aunt encouraged him to audition for a stage production of ‘Tom Sawyer’ in a bid to divert his attention.

He won the part of ‘Huckleberry Finn’ in the play and realized that he loved acting. He became very popular with the girls because of his looks.

He moved to New York after high school to attend the ‘Conservatory of Theatre Arts & Film,’ but the experience was not what he had hoped for. 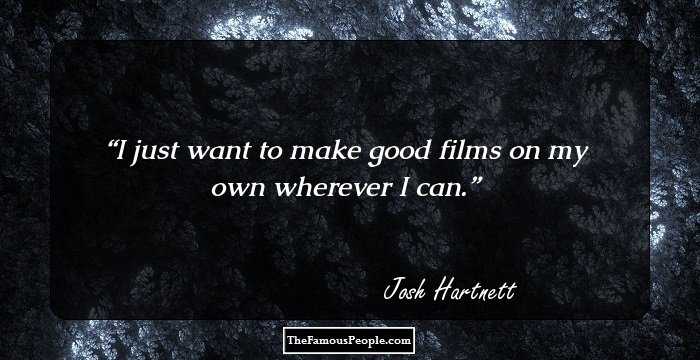 Josh Hartnett went to Los Angeles to try his luck at acting. He tried hard, auditioning for around 50 projects in three weeks before landing a role in the ABC crime series ‘Cracker’ in 1997. Even though the series was short-lived, it gave considerable exposure to the young actor.

He appeared in some television commercials and plays for the next two years. In 1998, he was cast as ‘John Tate’ in the slasher horror film ‘Halloween H20: 20 Years Later.’ In spite of getting mixed reviews, the film became a commercial success.

He played ‘Zeke Tyler’ in the science fiction horror ‘The Faculty’ in 1998, which also had stars like Elijah Wood, Laura Harris, Salma Hayek, and Jon Stewart. He was nominated for a ‘Saturn Award’ for his performance.

In 2001, he was part of the ensemble cast of the epic war film ‘Pearl Harbor,’ which was directed by Michael Bay. The movie was a dramatization of the Japanese attack on Pearl Harbor and the subsequent ‘Doolittle Raid.’ It was a major box office success.

Even though he was seldom cast in leading roles, he often found himself to be part of the ensemble cast of major films. He portrayed ‘SSG Matt Eversmann’ in the war film ‘Black Hawk Down’ (2001), which chronicles the events of the ‘Battle of Mogadishu.’

He became known for his performance in thrillers and horrors. Keeping up with this image, he appeared in the 2007 vampire horror movie ‘30 Days of Night,’ set in an Alaskan town haunted by vampires.

He turned producer in 2008 with the drama film ‘August’ in which he also played a key role. The story was about two ambitious brothers who try to keep their company afloat even as the stock market begins to collapse in August 2001.

He appeared in a martial arts action film titled ‘Bunraku’ in 2010, which follows a young drifter’s quest for revenge. The movie draws heavily from samurai and Western films. 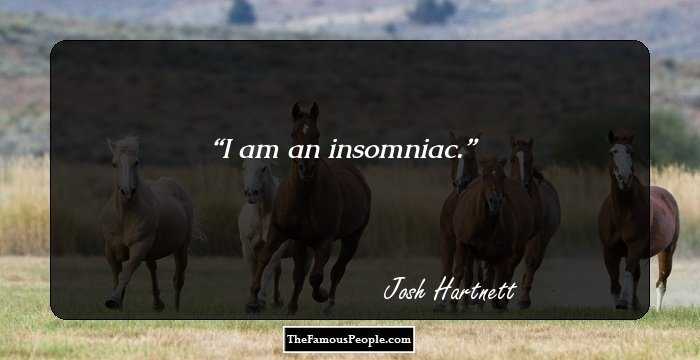 ‘Pearl Harbor’ was one of his biggest box office successes. He played the role of ‘First Lieutenant Daniel Walker’ in the movie. ‘Pearl Harbor’ narrated a love story set in the backdrop of the Japanese attack on Pearl Harbor.

Josh Hartnett was named ‘Outstanding Environmentalist’ at the 21st ‘Century Leaders Awards’ in Qatar in 2007.

He won the ‘Ischia International Arts Academy Acting Award’ at the ‘Ischia Global Film & Music Fest’ in Italy in 2010. 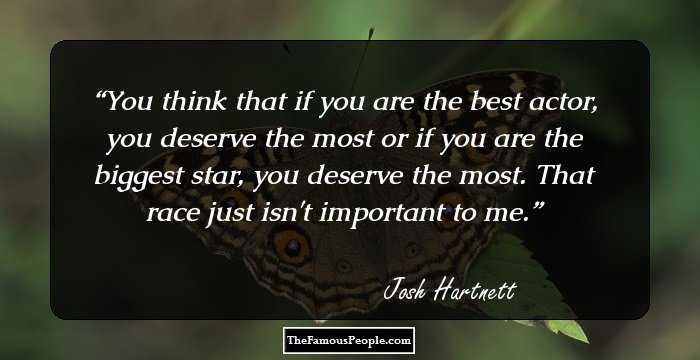 He gets himself involved in several social and environmental causes. He supports the green lifestyle campaign of ‘Global Cool’ and the joint FWD campaign by USAID and ‘Ad Council.’

In 2013, Josh Hartnett started dating actress Tamsin Egerton and has three children with her.

Quotes By Josh Hartnett | Quote Of The Day | Top 100 Quotes

See the events in life of Josh Hartnett in Chronological Order