Advanced Search
Jose Mourinho is a Portuguese football manager and former footballer who currently manages the Premier League club Manchester United. He has previously managed clubs like Porto, Chelsea, Internazionale and Real Madrid, registering an impressive win rate and earning several prestigious trophies for each team. He is considered one of the greatest and most successful managers in the world by many players, rival coaches and commentators. He is widely respected for his tactical knowledge, adaptability, and his thirst for perfection, all of which combined makes his team management unique and contributes to his unparalleled success. He considers midfield superiority crucial for winning games and is known for playing with three or more central midfielders. Despite his success on the field, he has been at the center of a number of controversies off the field due to his charismatic and self-confident style of management, including being dubbed 'The Special One' by the English media, which referred to his own past comment. He has been involved in on-field brawls as well, the most notable of which saw him gouging the eye of Barcelona's assistant coach Tito Vilanova. Diogo Jota
DID WE MISS SOMEONE?
CLICK HERE AND TELL US
WE'LL MAKE SURE
THEY'RE HERE A.S.A.P
Quick Facts

Nick Name: Zé Mário, The Special One, The Only One, Mou 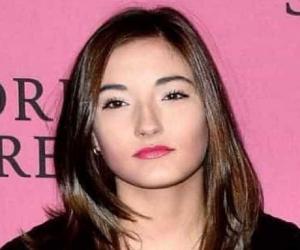 Portuguese People
Portuguese Men
Male Sportspersons
Aquarius Football Players
Portuguese Sportspersons
Childhood & Early Life
Jose Mourinho was born on January 26, 1963 in a middle-class family in Setúbal, Portugal, to professional football player José Manuel Mourinho Félix and his wife, primary school teacher Maria Júlia Carrajola dos Santos.
His father, better known as Félix Mourinho, played for Os Belenenses and Vitória de Setúbal, and also played one match for the Portuguese national team. He has an older sister, Teresa.
He accompanied his father on his weekend matches and training sessions, which helped him learn the nuances of the game. He followed his father to the Belenenses youth team to become a professional football player, but upon realizing his lack of strength and pace, he decided to become a coach instead.
He dropped out of the private business school his mother had enrolled him into and chose to study sports science in Technical University of Lisbon. Upon earning his diploma, he worked as a physical education teacher at schools for about five years.
Continue Reading Below
Career
Returning to his hometown, Jose Mourinho became youth team coach at Vitória de Setúbal in the early 1990s, followed by short spells as assistant manager at Estrela da Amadora and scout at Ovarense. In 1992, he got the opportunity to work as an interpreter for renowned foreign coach, Bobby Robson, at Sporting Club Portugal.
The two developed a good working relationship and he followed Robson to FC Porto in December 1993, becoming his assistant. The team reached the 1993–94 UEFA Champions League semi-finals and won the 1993–94 Taça de Portugal, the 1994–95 and 1995–96 Portuguese championship, and the 1994, 1995 and 1996 Portuguese Super Cup.
In 1996, he again accompanied Robson when he moved to Barcelona, where he took additional responsibilities of coordinating practice sessions and providing tactical advice to the players. They ended another successful season by helping Barcelona win the European Cup Winners' Cup.
While Robson again moved to new club the following season, Mourinho was retained by the club and as the assistant to new head coach Louis van Gaal, he helped Barcelona win La Liga twice. Van Gaal later gave him coaching duties of Barcelona B and also let him coach the first team during Copa Catalunya in 2000, which he won.
He joined as the manager at Benfica in September 2000, and within a week, was offered the assistant manager's job at Newcastle United by Robson, which he declined. Following a brief stint at Benfica, he left for Uniao de Leira in 2001 and helped the team move up the league table.
On 23 January 2002, he took charge of the poorly performing Porto team and by the end of the season, took it to 11 victories in 15 matches. In 2003, he won his first Primeira Liga with a record 86 points, and also won the Taça de Portugal and the UEFA Cup.
In the following season, Porto won the one-match Portuguese Super Cup, the Primeira Liga, and the UEFA Champions League. Beating Manchester United led by Sir Alex Ferguson was the high point of the season, which opened the opportunity for him to join Chelsea on June 2, 2004.
He brought most of his support stuff from Porto and spent huge transfer fees to acquire skilled players. During his stint at Chelsea as the highest paid manager, he failed to win the European Champions League, but earned the team two Premier League Cups, two Football League Cups, and a FA Cup.
Following disagreements with owner Roman Abramovich, he left Chelsea suddenly on September 20, 2007 as the most successful manager in the club's history. He joined Internazionale, also known as Inter Milan, on June 2, 2008 on a three-year contract.
Continue Reading Below
During his first season at Inter Milan, he won the Supercoppa Italiana and also finished at the top of Serie A. In the following season, he helped the club to win the treble of Serie A, the Coppa Italia and the UEFA Champions League.
He moved from Inter Milan to Real Madrid with a world record-breaking compensation package on May 28, 2010. Despite having a disappointing first season, he led the team to La Liga title in the following season.
He returned to Chelsea in June 2013 and finished the 2013–14 season at 3rd position in the Premier League, four points behind winners Manchester City. In the following season, he won the Premier League and the Football League Cup for the third time as the manager of the team.
Despite signing a four-year contract on August 7, 2015, he left Chelsea later that year after losing 9 of 16 games that season. He signed a three-year contract with Manchester United on May 27, 2016 and became the first United manager to win major trophies in his debut season by winning the EFL Cup and the Europa League.
Major Works
Among Jose Mourinho's numerous title wins, notable are the UEFA Champions League wins for Porto and Internazionale, three Premier League titles and three Football League Cups for Chelsea, and La Liga for Real Madrid. He has also won league titles in four different countries: Portugal, England, Italy and Spain.
Awards & Achievements
Jose Mourinho was named the 'Portuguese Coach of the Century' by the Portuguese Football Federation in 2015. In 2017, UEFA recognized him as one of 10 greatest coaches since its inception in 1954.
Personal Life & Legacy
In 1989, Jose Mourinho married his teenage sweetheart Matilde "Tami" Faria, whom he met in Setúbal, Portugal. The couple had a daughter, Matilde, in 1996, and son, José Mário, Jr., in 2000. His son plays football for Fulham's youth team.
He is involved with various charities and is a Global Ambassador of the United Nations' World Food Programme since 2014. He was part of a youth project seeking to bring Israeli and Palestinian children together through football and donated his 'lucky' jacket to Tsunami Relief.
Trivia
Jose Mourinho was arrested in May 2007 for preventing animal welfare officials from putting his dog into quarantine. He was cautioned for obstructing police, but the issue was resolved after the dog was sent back to Portugal to his wife.

See the events in life of José Mourinho in Chronological Order