(Portuguese Professional Footballer Who Plays as a Striker)

Diogo Jota is a Portuguese football player who currently plays as a forward for the English Premier League club Liverpool and the Portuguese national team. A versatile player, he is known for his speed and finishing. Before joining Liverpool in 2020, he played three seasons for Wolverhampton Wanderers and scored 44 goals in 131 games. He initially joined the Wolves on a season long loan from Atlético Madrid and played a key role in Wolves first promotion to Premier League after six seasons. He later joined the club in a permanent deal. Before, Atlético Madrid had also loaned him to FC Porto for one season. He made his professional senior debut in 2014 with F.C. Paços de Ferreira and played two seasons for it before moving to Atlético Madrid. Diogo Jota became a part of the Portuguese national team for the first time in 2019 and scored his first international goal against Croatia at the 2020–21 UEFA Nations League. Earlier, he was also a part of Portugal’s under-19, under-21 and under-23 team. José Mourinho
DID WE MISS SOMEONE?
CLICK HERE AND TELL US
WE'LL MAKE SURE
THEY'RE HERE A.S.A.P
Quick Facts

Diogo Jota was born on 4 December 1996, in Massarelos, Porto, Portugal, to Joaquim and Isabel Silva. He has a younger brother Andre.

His passion for football saw him entering Gondomar Sports Club at the young age of nine. Talented as he was, he quickly made an impression on his coaches and soon moved up the ranks to play with senior players.

His senior debut came in the 2014-2015 season when he was promoted to the main squad and played against Atletico S.C at Taça de Portugal. He scored his first professional goal in 2015, playing against Académica de Coimbra. His team won the match 3-2 and Jota became the youngest player to score a goal in the top tier.

He played two seasons for Paços de Ferreira and ended up scoring 15 goals in 45 games in all competitions for the Primera Liga.

After his term with Paços de Ferreira concluded in 2016, he signed a contract with the Spanish football club and La Liga giants Atlético Madrid. He moved to Spain; however, he was back in Portugal again after he was loaned for a year to FC Porto, the Portugese football club.

During his single season – 2016-2017 – with the FC Porto, he scored 9 goals in a total of 37 matches across all competitions. This included his first experience playing in the UEFA Champions League. He played in the Champions League eight times in the season and scored a goal against Leicester City FC.

He also scored his first-half hat-trick playing against C.D. Nacional in a match that FC Porto finally won 4–0.

It was at FC Porto that he met head coach Nuno Espirito Santo for the first time and also became close friends with midfielder Ruben Neve.

In 2017, he joined the English Championship club Wolverhampton Wonderers on a season long loan (by Atlético Madrid). Amongst the reasons for the move was Nuno who had recently become the head coach of the club.

His move received heavy criticism from Porto supporters who thought that if he had to leave, he should have moved to bigger club than Wolves which was second English Division Club.

Nonetheless, Diogo Jota had quite a sensational debut season as he scored 17 league goals, ranked 5th in the league’s top scorer charts and played a crucial role in Wolves first promotion to Premier League after 6 seasons (since 2012).

In January 2019, he scored 3 goals – his career’s second hat-trick – playing against Leicester City in which Wolverhampton Wanderers won 4-3. With this, he became the second Portuguese player—after Cristiano Ronaldo, 11 years earlier—to score a hat-trick in the Premier League.

His treble was also the first ever top-flight hat-trick for a Wolves player after 42 years. The last one was scored by John Richards in 1977 against the same opponent—Leicester—in the Football League First Division.

A couple of months later, he scored a goal in the Wolves 2-1 win against Manchester United in the 2018–19 edition of FA Cup and helped the club reach the semi-final after over two decades.

Another achievement came when he scored Wolves first European goal since 1980 while playing against Northern Irish club Crusaders in the Europa League. Wolves won the game 2-0.

His best performance for Wolver Hampton, though, was still to come. In December 2019, playing against Besiktas, he scored a hat-trick. Just two months later, in February 2020, he netted yet another treble playing against Espanyol. Wolverhampton Wanderers won both these Europa League games 4-0.

In September 2020, he was signed up by the Liverpool FC for a £41 million, five-year contract.

In his first 10 games, he scored 7 goals and became the first Liverpool player ever since Robbie Fowler in 1993 to achieve this feat. This included his goal against FC Midtjylland in the UEFA Champions League which became the 10, 000th goal in the club’s history, as well as his first hat-trick for Liverpool in their 5-0 win against Atlanta in the UCL.

Later, he also set a record by becoming the first Liverpool player to score a goal in each of his first four home matches in the Premier League.

Apart from playing for clubs, Diogo Jota has also played for Portuguese national youth football team and represented the country at under-19, under-21 and under-23 levels. For the youth team, he scored a total of 14 goals in 30 matches.

In 2019, he was included the senior side of the Portugal national team for the first time. Though he did not play in the tournament, he was a part of the team that won the 2019 UEFA Nations League.

In November 2019, he made his international debut as a substitute for Cristiano Ronaldo in a match against Lithuania in a UEFA Euro 2020 qualifier.

He scored his first international goal against Croatia in the UEFA Nations League in September 2020. Portugal won the game 4-1. A couple of weeks later, he scored two more goals playing against Sweden. Portugal defeated Sweden 3-0.

Diogo Jota won the Liverpool Player of the Month award in October and November 2020.

He also won the PFA Fans' Player of the Month honour for November 2020.

In April 2020, he bagged the Best Premier League player title at the inaugural FIFA 20 ePremier League invitational charity tournament. In the tournament, which was broadcasted live on Sky Sports, Jota represented Wolves and defeated his current Liverpool teammate Trent Alexander-Arnold in the final.

Diogo Jota has been in relationship with Rute Cardoso, a model, since 2013. The couple welcomed their first child, a baby boy, in February 2021.

See the events in life of Diogo Jota in Chronological Order 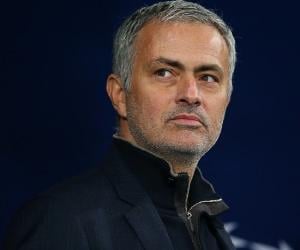 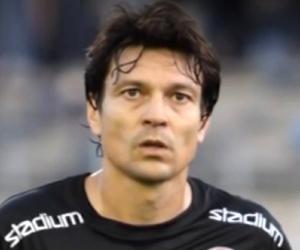