Born In: Kingston upon Thames

Jonny Lee Miller is an English film, TV, and theater actor. He is best known for his portrayal of an eccentric man in the critically acclaimed psychedelic film ‘Trainspotting’ and its sequel, ‘T2.’ He was born in London, to theater actor parents. He made his acting debut at the age of 9, with a small, uncredited role in the ‘BBC’ drama ‘Doctor Who.’ With the release of Danny Boyle’s internationally acclaimed film ‘Trainspotting,’ Jonny established himself in the industry. His successful streak continued with films such as ‘Afterglow,’ ‘Mansfield Park,’ and ‘Complicity.’ He is loved by millions of fans across the world and has also acquired huge critical acclaim for several roles throughout his career. He has also starred in a few critically acclaimed TV series such as ‘Dexter,’ ‘Emma,’ and ‘Eli Stone.’ He has also been part of ‘Broadway’ plays such as ‘After Miss Julie’ and ‘Frankenstein.’
Continue Reading Below Born In: Kingston upon Thames 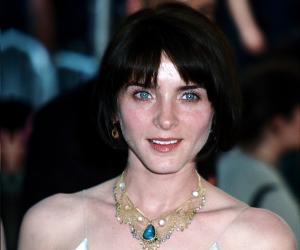 British People
Scorpio Actors
British Actors
Actors Who Are In Their 40s
British Film & Theater Personalities
Childhood & Early Life
Jonny Lee Miller was born on November 15, 1972, in London, UK, to Anna Lee and Alan Miller. Both his parents were theater actors, and this inspired him to pursue a career in acting. His parents had also performed in a few stage productions for ‘BBC.’
Jonny’s grandfather, Bernard Lee, too, was an esteemed actor. He had portrayed ‘M’ in 11 James Bond films. Thus, it was relatively easy for Jonny to break into the entertainment world.
Jonny attended ‘Tiffin School’ in London. He was part of the theater group of his school. He played a key part in the play ‘The Ragged Child,’ where he shared the stage with renowned actor Nick Mitchem.
Soon, Jonny began training in acting and music at the ‘National Youth Music Theatre.’ Actor Jude Law was his batchmate at the institute.
By the time he was 16 years old, he decided to drop out of school and pursue a career in professional acting. He thus became serious about his career and continued to audition for TV and film roles. Meanwhile, he continued to do theater.
Continue Reading Below
You May Like

The Sexiest Men Of 2020, Ranked
Career
In 1982, Jonny made his on-screen debut with a small role in the science-fiction comedy series ‘Doctor Who.’ He played an uncredited role in an episode of the series. He was 9 years old at that time, and the length of the role did not matter to him. He also played small parts in series such as ‘Mansfield Park’ and ‘Keeping up Appearances.’
He began his film career in 1992, with a lesser-known film, ‘Dead Romantic.’ He then appeared in ‘Bad Company’ in 1993 and in ‘Meat’ in 1994. The 1995 film ‘Hackers’ was his first stint with widespread fame. The film featured him in a leading role opposite Angelina Jolie. The science-fiction film was praised for being stylish, and Jonny’s performance as ‘Dade Murphy’ was appreciated.
Soon, director Danny Boyle offered him a role in the film ‘Trainspotting,’ which was released in 1996. The film featured Jonny as an eccentric yet entertaining drug dealer, ‘Sick Boy.’ It received universal acclaim, and the performances were appreciated, too. The film was Jonny’s biggest achievement back then.
In 1997, he starred in another critically acclaimed film named ‘Afterglow,’ where he played the role of ‘Jeffrey Byron.’ The film was showcased at many film festivals around the world and turned out to be one of the biggest box-office successes of the year.
After the early success in his career, Jonny became more careful about choosing his films. As he was keen on establishing himself as a versatile actor, he starred in some out-of-the-box films. In 1999, he appeared in the British historical comedy ‘Plunkett & Macleane,’ where he played the titular role of ‘Macleane.’ The film received average critical response but was a financial success.
The 1999 film ‘Mansfield Park’ was another success story for Jonny. The romantic comedy–drama featured him in the role of ‘Edmund Bertram,’ a leading role. The film performed successfully at the box office, and Jonny registered yet another hit.
By the early 2000s, Jonny was at the peak of his career. With a successful filmography behind him, he took yet another risk, playing the lead role of ‘Simon Sheppard’ in the horror film ‘Dracula 2000.’ The risk did not pay off, and the film was panned by critics. The film also turned out to be a box-office failure.
He then appeared in films such as ‘The Escapist,’ ‘Byron,’ and ‘Mindhunters.’ Soon, Woody Allen offered him a role in his 2004 film ‘Melinda and Melinda.’ Although the film received mixed reviews from critics, it was a box-office success. Jonny’s portrayal of ‘Lee’ was well-received by many publications that reviewed the film.
Toward the late 2000s, Jonny went slow on film roles and focused on TV. In 2006, he was seen playing a supporting role in the series ‘Smith.’ He then appeared in the titular role in the 2008 series ‘Eli Stone.’ The legal comedy–drama series was received well by critics and garnered favourable reviews. It ran for 26 successful episodes.
He then appeared in supporting roles in the critically acclaimed series ‘Emma’ and ‘Dexter.’ In 2012, he returned to playing lead roles, with the police-procedural series ‘Elementary.’ The series featured him as ‘Sherlock Holmes.’ It was compared with another modern retelling of the classic detective story, the ‘BBC’ series ‘Sherlock,’ but the producers of both the shows denied that there was any similarity between the two.
In 2012, Jonny portrayed one of the lead roles in the vampire drama ‘Byzantium.’ The film was appreciated for its unique and modern take on the myth of the vampire. The film received positive reviews but could not achieve a successful box-office run.
In 2017, Jonny reprised his role from Danny Boyle’s masterpiece ‘Trainspotting’ in its sequel, ‘T2.’ The fresh sequel was received well by audiences and critics.
Jonny continues to participate in theatrical productions from time to time. Of late, he has appeared in the stage productions ‘After Miss Julie’ and ‘Frankenstein.’
Awards & Achievements
Over the years, he has been nominated for several awards. However, the only time he won an award was for the play ‘Frankenstein.’ His performance in the play earned him the ‘Olivier Award’ for the ‘Best Actor in a Play.’
Personal Life
In 1996, Jonny Lee Miller married Angelina Jolie, after dating her for a few months. They had earlier worked together in the film ‘Hackers.’ However, the marriage lasted only for 18 months.
In the mid-2000s, he started dating model Michele Hicks. They got married in 2006. The couple has a son named Buster Timothy Miller.
He is a fitness-conscious person. He runs marathons and practices martial arts.