John William Carson was a renowned American television host, best known for his talk show 'The Tonight Show Starring Johnny Carson'. The show, which aired for thirty years, was a huge success and ranked at 12th position on TV Guide's 50 Greatest TV Shows of All Time. The show's popularity turned Carson into a well-known American icon. Born in Corning, Iowa, in the US, Carson wanted to become an entertainer from an early age. He started performing magic shows while still a young boy. After graduating he entered the United States Navy where he served for a few years. Later he began a career as a broadcaster on radio and television. He hosted shows such as 'Carson's Cellar' and 'The Johnny Carson Show'. He gained huge popularity and acclaim after he started presenting the talk show 'The Tonight Show Starring Johnny Carson.' He hosted the show for a total of thirty years and won six Emmy Awards for his work. Not only was he inducted into the Television Academy Hall of Fame, but he was also awarded with the Presidential Medal of Freedom. He passed away at the age of 79 due to respiratory failure which was a result of his heavy smoking. 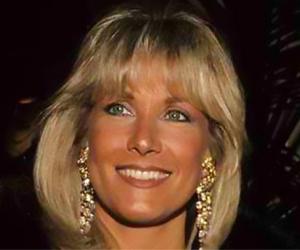 American Celebrities
Comedians
T V & Movie Producers
American Men
Libra Writers
Childhood & Early Life
John William Carson was born on 23rd October 1925 in Corning, Iowa, in the US. His father Homer Lloyd Carson worked as a power company manager. His mother’s name was Ruth Elizabeth Carson.
After Carson purchased a magic kit at the age of twelve, he started entertaining his family and friends with card tricks. Soon, he began to do stage performances as well as perform at country fairs.
Shortly after graduating, he joined the US Navy. However, he never fought in a battle during his short time at the army. During his time at the Navy, he also performed magic tricks for James Forrestal, U.S. Secretary of the Navy. Later, Carson joined the University of Nebraska, from where he got a degree in radio and speech. 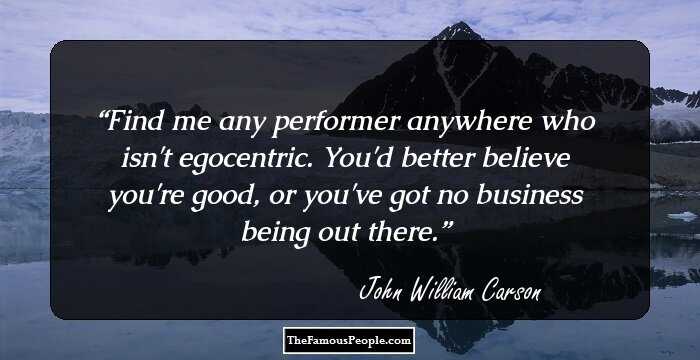 Quotes: Believe
Continue Reading Below
Career
Soon after graduation, Johnny Carson began his professional career and started hosting TV shows, such as 'The Squirrel's Nest,' 'Carson's Cellar,' and 'Earn Your Vacation'. Later he went to New York to host the show 'Who Do You Trust?' The show was a success, becoming one of the hottest daytime shows of the time.
Carson's popularity grew and he was invited to host the popular show 'Tonight'. He initially declined as he feared the idea of interviewing celebrities on a daily basis for 105 minutes. However later he agreed and started hosting the show, which was eventually renamed to 'The Tonight Show Starring Johnny Carson'.
The show earned huge popularity among its audience and eventually became a major hit. His interviews with prominent Hollywood stars and politicians kept the American people up-to-date on popular culture. He hosted the show from 1962 to 1992, covering a total of 30 years. Carson became a national icon for his work and won a total of six Emmys as well.
During the 1970s he became the highest paid personality on television, earning around $4 million a year. He was offered lead roles in several films such as 'The Thomas Crown Affair', 'Blazing Saddles' and 'The King of Comedy'. However he refused all of them.
Despite his success he often kindled controversy for making jokes at the expense of other celebrities. Singer Wayne Newton called him a mean-spirited human being and stated that he had hurt people whom others will never know about. He even once barged into Carson's studio and threatened to beat him up if the jokes didn't stop.
Carson also ventured into business, and became an investor in the DeLorean Motor Company. He headed a group of investors as well, who purchased and operated two television stations.
Following his retirement, he played a voice role in an episode of the animated series ‘The Simpsons’. He also appeared in a few other shows such as the ‘Late Show with David Letterman’. 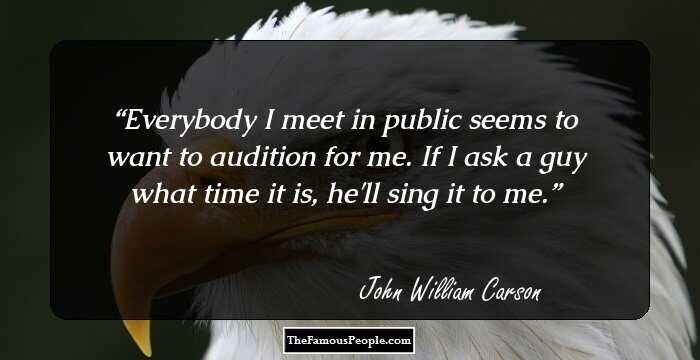 Major Works
The most significant work in Johnny Carson’s career was undoubtedly the talk show ‘The Tonight Show Starring Johnny Carson’. It was created by Steve Allen, William O. Harbach, Dwight Hemion, and Sylvester L. Weaver, Jr. The show aired from October 1962 to May 1992. It earned huge popularity and was ranked at twelfth position on TV Guide’s 50 Greatest TV Shows of All Time. The show won Carson a total of six Emmy awards.
Prominent people interviewed by Carson on the show include US Vice President Richard Nixon (who later became President), Attorney General Robert F Kennedy and Vice President Hubert Humphrey. Along with Carson, the show had several other guest hosts such as Joey Bishop, Joan Rivers, John Davidson, David Brenner and Bob Newhart.
Awards & Achievements
During his long and illustrious career, Johnny Carson had received a total of six Emmy awards. He also received the Television Academy’s 1980 Governor’s Award, as well as the 1985 Peabody Award.
In 1987, Carson was inducted into the Television Academy Hall of Fame.
He was awarded the Presidential medal in 1992. In 1993, he received a Kennedy Center Honor as well. 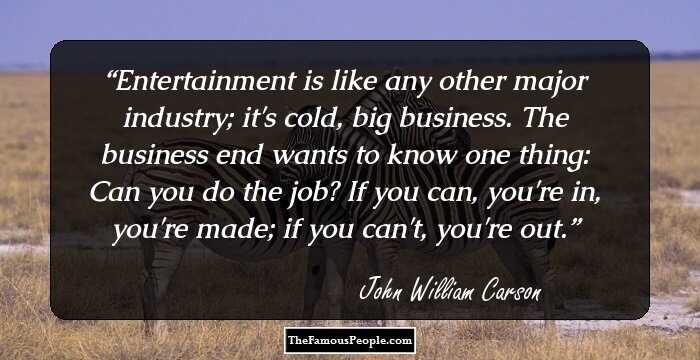 Personal Life & Legacy
Johnny Carson was married four times. His wives were Joan Wolcott (1948-1963), Joanne Copeland (1963-1972), Joanna Holland (1972-1985) and Alexis Maas (1987-2005).
He passed away on 23 January 2005 due to respiratory failure resulting from emphysema. Carson was 79 at the time of his death.
Trivia
Despite his gregarious on-camera image, Carson was very shy off-camera, which many found surprising. He mostly used to avoid large parties as well.
Recommended Lists:
Film & Theater Personalities #901

Quotes By Johnny Carson | Quote Of The Day | Top 100 Quotes

See the events in life of Johnny Carson in Chronological Order