Advanced Search
John Cena, an American professional wrestler, rapper and actor, is arguably WWE's most successful superstar. Cena became interested in professional wrestling after being encouraged by a gym employee at Gold's Gym in Venice Beach. He garnered a sizeable fan following appearing on the UPN reality TV show 'Manhunt', and later became a part of the WWE main roster. He rose to fame after beating JBL to win his first WWE Championship. He went on to win 25 championships throughout his career to become one of the greatest WWE stars of all time. He swayed his fans by donning various personas, including the semi-robotic 'The Prototype' and the rapper 'Doctor of Thuganomics'. He has emerged as a successful actor with films like 'The Marine', '12 Rounds', 'The Reunion', 'Trainwreck', and 'Sisters'. His television credits include 'Total Divas', which has his partner Nikki Bella in the main cast, and its spin-off 'Total Bellas'. On the personal front, he is currently engaged to WWE superstar Nikki Bella. American People
Wrestlers
TV Presenters
WWE Wrestlers
American Men
Childhood & Early Life
John Felix Anthony Cena Jr. was born on April 23, 1977, in West Newbury, Massachusetts. His father, John Cena, Sr., is of Italian descent, while his mother, Carol, is of English and French Canadian origin and is the daughter of baseball player Tony Lupien. He is the second child of his parents and has four brothers; Dan, Matt, Steve, and Sean.
As a child, he attended Central Catholic High School, in Lawrence, Massachusetts. He was later transferred to the private prep boarding school, Cushing Academy. After completing his school education, he went to Springfield College in Springfield, Massachusetts.
He was the captain and MVP of his high school football team, and was NCAA Division III All-American status as a center on the college football team. He later left the game as he thought he was way too small for the game. He still uses his jersey number 54 on his merchandise.
In 1998, after graduating from Springfield College with degrees in exercise physiology and human anatomy, he moved to California to pursue a career in bodybuilding. He initially worked as a driver for a limousine company and spent nights in his 1991 Lincoln Continental, unable to afford an apartment. 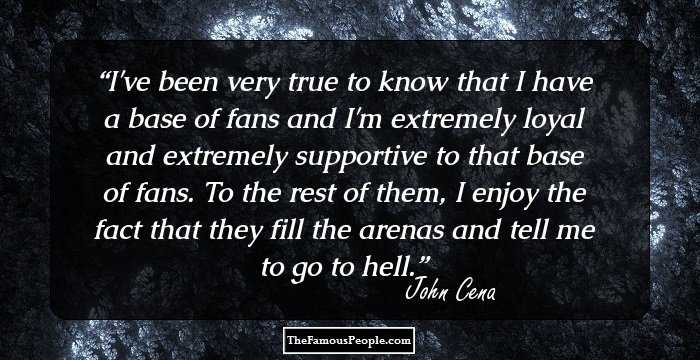 Continue Reading Below
Wrestling Career
Assuming his semi-robotic character, 'The Prototype', John Cena first appeared on World Wrestling Federation (WWF) in a match against Mikey Richardson on October 10, 2000. He lost this match, and was eventually given another opportunity on January 9, 2001 at a 'SmackDown!' taping in Oakland, California, against Aaron Aguilera, which he won. He soon signed a contract with WWF and was assigned to Ohio Valley Wrestling, where he held the Heavyweight Championship for three months.
On June 27, 2002, he debuted on television in an episode of 'SmackDown!' after he was challenged by Kurt Angle. While he lost the match from a near-win condition, he won the hearts of the audience and became a fan-favorite. Around this time, he developed a new character of a rapper, known as 'Doctor of Thuganomics', and started to perform freestyle raps about his opponents.
In 2004, he made it to the final six in the annual Royal Rumble before being eliminated by the Big Show. It led to a feud between the two, which Cena ultimately won, clinching the United States Championship, his first WWE title.
In 2005, he began a feud with then WWE Champion John "Bradshaw" Layfield (JBL) after losing the United States Championship. He eventually claimed his first WWE world championship by defeating JBL at WrestleMania 21.
After losing his WWE Title to Edge in 2006, John Cena reclaimed it in a Royal Rumble match. The next year, he, along with Shawn Michaels, won the World Tag Team Championship from Edge and Randy Orton in RAW.
In 2008, he teamed up with Batista and won the World Tag Team Championship from Cody Rhodes and Ted DiBiase. He also defeated Chris Jericho to claim the World Heavyweight Championship. The next year, he won the WWE Championship from Randy Orton in an "I Quit" Match.
He regained the WWE Championship from Batista in March 2010, within a week of losing it to him. The following year, he won the WWE Championship from Rey Mysterio in a RAW match.
In 2013, he developed a feud with The Rock, following which he replied to his comments in rap. He eventually won the WWE Championship from The Rock at WrestleMania 29.Career Outside Wrestling
Keeping true to his rapper persona, John Cena himself performed his fifth WWE theme song, "Basic Thuganomics", which featured on the WWE soundtrack album 'WWE Originals' in 2004. The next year, he released his debut album, 'You Can't See Me', featuring his entrance theme, "The Time is Now".
Continue Reading Below
Cena, who got his first movie role in 'Ready to Rumble', in 2000, returned to films in 2006 with the movie 'The Marine', which was produced by WWE Studios and distributed by 20th Century Fox. WWE Studios also produced his next two films, '12 Rounds' and 'Legendary'.
In 2009, he acted in the children's film 'Fred: The Movie', and reprised his role in the two sequels of the movie. He also had a starring role in the action film 'The Reunion', and appeared in the comedy films 'Trainwreck', 'Sisters' and 'Daddy's Home'. 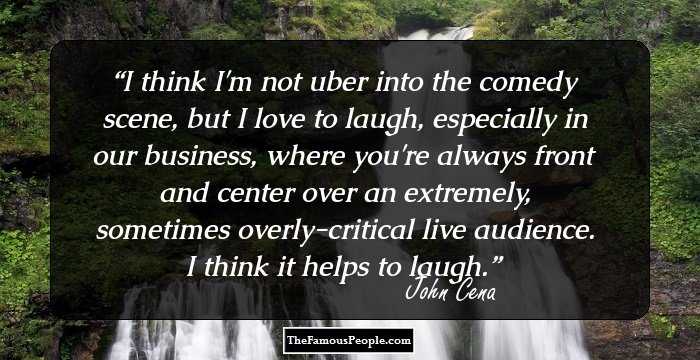 Major Works
Touted as the greatest WWE star of all time by industry veterans, John Cena is popular to his fans for his work outside wrestling as well. Cena, who became WWE's highest paid wrestler in 2016, has also released a rap album titled 'You Can't See Me', and has acted in films like 'The Marine', '12 Rounds', 'The Reunion', 'Trainwreck', and 'Sisters'.
Awards & Achievements
John Cena has achieved the remarkable feat of winning 25 professional wrestling championships, equaling the accomplishment of WWE legend, Ric Flair. He reigned as the world champion 16 times, which included 13 WWE Championships and three WWE's World Heavyweight Championships.
He won WWE United States Championship five times and the World Tag Team Championship four times. Marriage & Love Life
John Cena announced his engagement to high school sweetheart, Elizabeth Huberdeau, while promoting his film '12 Rounds' and married her on July 11, 2009. After being together for three years, they divorced on July 18, 2012.
Following his divorce, he started dating Stephanie Garcia-Colace, better known by her ring name Nikki Bella. Even though he had decided against marrying and having kids, he eventually proposed to her on April 2, 2017 after their mixed tag team match at WrestleMania 33. 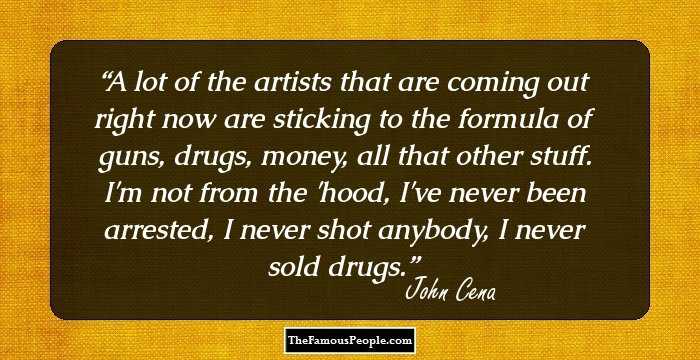 Trivia
There was a complexity during John Cena's birth as the umbilical cord was wrapped around his neck, putting his life in danger. Fortunately, the doctors were able to deliver him safely.

See the events in life of John Cena in Chronological Order