CM Punk is a retired professional wrestler and mixed martial artist. He is a two-time WWE champion. Punk’s tryst with wrestling started in the most unexpected way. What started as a fun activity eventually became his chosen career path. His career as a professional wrestler started on the American independent circuit with the ‘Ring of Honor.’ It was in 2005 that he inked a deal with ‘World Wrestling Entertainment’ (WWE), a collaboration that lasted over a decade. During his time in WWE, he won several championships, including the ‘WWE Championship’ twice and ‘WWE World Heavyweight Championship’ thrice. His popularity increased when he became the longest-reigning WWE champion of modern era, surpassing John Cena’s record of 380 days. His reign as the WWE champion lasted 434 days from November 20, 2011 to January 27, 2013, thus becoming WWE’s sixth-longest-reigning champion of all time. He is currently signed to ‘Ultimate Fighting Championship’ (UFC) and ‘Cage Fury Fighting Championships’ (CFFC). While he competes in the welterweight division in UFC, he works as a commentator for CFFC. Dustin Poirier
DID WE MISS SOMEONE?
CLICK HERE AND TELL US
WE'LL MAKE SURE
THEY'RE HERE A.S.A.P
Quick Facts

CM Punk was born Phillip Jack Brooks on October 26, 1978, in Chicago, Illinois, USA. His father was an engineer, while his mother was a homemaker. He was one of the five children born to the couple. Brooks was raised near Lockport in Illinois. He attended ‘Lockport Township High School.’

He first used the ring name ‘CM Punk’ when he became part of a tag team named ‘The Chick Magnets’; he was asked to partner CM Venom when one of the performers skipped out on the card. The name stayed with him for the rest of his career.

CM Punk left the federation soon after and enrolled at the ‘Steel Dominion’ wrestling school in Chicago. He trained to become a professional wrestler. At the wrestling school, he befriended Scott Colton aka Colt Cabana. Punk spent much of his early life fighting against and with Colt Cabana.

He joined the ‘Ring of Honor’ (ROH) in 2002. His days in ROH were mostly popular for his feud with Raven. The rivalry between the two heightened, so much so that it became one of the top feuds of the year.

While being active in ROH, Punk joined ‘NWA: Total Nonstop Action’ (TNA). During this time, he won the ‘ROH Tag Team Championship’ with Cabana. He performed for ROH and TNA until 2005 after which he signed a deal with ‘Ohio Valley Wrestling’ (OVW) and ‘World Wrestling Entertainment’ (WWE) developmental territory.

In June 2006, Punk made his debut in ‘ECW Championship.’ He started with a six-month unbeaten streak at ECW, which finally ended when he lost a fight to Hardcore Holly. During the ECW Championship tournament, Punk made several attempts to win the title, but lost every time to Johnny Nitro aka John Morrison. He finally defeated Morrison to earn the ‘ECW Championship’ title on September 1, 2007. He successfully defended his title thrice before losing it to Chavo Guerrero.

On June 23, Punk was drafted to the Raw brand during the 2008 WWE draft. He soon became popular when he won the ‘World Heavyweight Championship’ title. He successfully defended his title until September 7, when he was attacked by ‘The Legacy’ during which he suffered a head injury. His title was forfeited as he could not participate in the match. Chris Jericho succeeded him.

On January 19, 2009, Punk defeated Stephanie McMahon to become the ‘Triple Crown Champion.’ At ‘WrestleMania XXV,’ he won the ‘Money in the Bank’ ladder match, becoming the first person to win the match twice.

He retained the ‘World Heavyweight Championship’ title by defeating The Undertaker in a submission match. However, Undertaker took away the title from Punk in a ‘Hell in a Cell’ match.

In June 2011, Punk was reinstated by the WWE. Two weeks later, he defeated John Cena to become the WWE champion. However, he lost the title minutes later to Alberto Del Rio, who cashed in his ‘Money in the Bank’ contract to defeat Punk.

On October 31, 2011, Punk won a match against Del Rio at ‘Survivor Series.’ He then regained the ‘WWE Championship’ at an event on November 20. He successfully defended the title for many days before being defeated by Dolph Ziggler on December 26 in a gauntlet match.

In the ensuing months, WWE witnessed a series of high-end drama: Punk regaining his ‘WWE Championship’ title after defeating Mark Henry, Jericho dousing him with alcohol, but ultimately losing to Punk, Punk’s rivalry with Daniel Bryan and John Cena, his match with Cena which he won, and so on.

On December 5, 2012, Punk became the longest-reigning WWE champion in 25 years. He retained his title for 381 days, surpassing John Cena's record reign of 380 days. On January 27, 2013, he failed to defend the ‘WWE Championship’ title against The Rock, thus putting an end to his 434 days reign.

In March 2013, Punk aimed to end Undertaker’s undefeated streak at ‘Wrestlemania,’ but lost to the Undertaker on April 7, 2013.

Punk’s exit from the world wrestling forum was as dramatic as his active years in it. Without notice, he did not appear on a couple of episodes of Raw, following which he was removed from the promotional videos. It was on July 15, 2014 that WWE.com officially removed Punk from its active roster. The following month, Punk thanked his fans, but broke their hearts by announcing that he would never return to wrestling.

His next match was against Mike Jackson on June 9, 2018, where he lost via unanimous decision. After the loss, UFC president Dana White issued a statement that Punk may not fight in UFC further.

In November 2018, he joined ‘Cage Fury Fighting Championship’ (CFFC) as a commentator.

Punk is an atheist. He is an avid reader as well. He is also a huge fan of ‘Chicago Blackhawks’ and ‘Chicago Cubs.’

See the events in life of CM Punk in Chronological Order 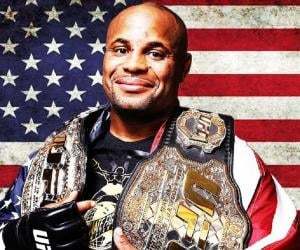