John Barrymore, born John Sidney Blyth, was an American actor and performer who belonged to the famous Barrymore family of Hollywood. John, who started his career as a stage actor, eventually turned to comedy films, before transforming himself into a serious actor. His performance in ‘Hamlet’ earned him the tag of the “greatest living American tragedian.” His personal life, however, was full of tragedies. He was addicted to alcohol since the age of 14, which eventually destroyed his flourishing career. His performances in silent films such as ‘Justice,’ ‘Richard III,’ Sherlock Holmes,’ and ‘The Sea Beast,’ were mind-blowing. Before he started working in sound films, he gained the title of ‘The Great Profile’ because of his good looks. His performances in films such as ‘Grand Hotel,’ ‘Romeo and Juliet,’ The Great Profile,’ and ‘Midnight,’ were highly appreciated by critics. He was even considered to be the “foremost English-speaking actor of his time.” With time, his talent was overshadowed by his outrageous behavior and deteriorating health. He died on May 29, 1942, in Los Angeles, California. 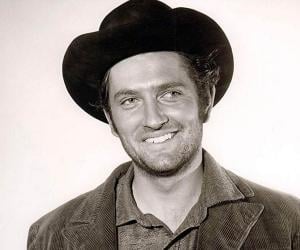 American Celebrities
Pennsylvania Actors
Aquarius Actors
American Actors
American Film & Theater Personalities
Childhood & Early Life
John Barrymore was born John Sidney Blyth, in Philadelphia, Pennsylvania, on February 15, 1882. His parents, Maurice and Georgiana Barrymore were theater actors, and his siblings, Ethel and Lionel, became successful actors too.
John was the youngest of the three children of his parents. His father was an Indian-born British actor, and his mother belonged to a reputed theatrical family in America.
Due to continuous travel, John had to change a lot of schools. He was also very ill-disciplined as a child and was often punished in school.
He was once made to read Dante’s ‘Inferno’ as a punishment and fell in love with the illustrations by Gustave Dore.
He attended the boys’ annex of the ‘Convent of Notre Dame’ in Philadelphia. He was expelled from the school in 1891.
He was then sent to the ‘Mount Pleasant Military Academy.’ He lost his mother to tuberculosis at the age of 11. Soon, his family business went downhill.
In 1895, he attended the ‘Georgetown Preparatory School’ but was expelled from there too, in 1897. There were two theories that explained his expulsion from the school. Some said he was seen in a brothel, while one of his biographers believed that John was found in an intoxicated state by the school staff.
The same year, he lost his virginity to his stepmother. His grandmother, who was also his idol, died the same year, leaving him emotionally challenged throughout 1997.
In 1898, he joined ‘King’s College’ in Wimbledon. In 1890, he joined the ‘Slade School of Fine Art,’ where he studied literature.
He left the institute a year later. In 1900, he found a job as an illustrator with ‘The New York Evening Journal.’
Continue Reading Below
You May Like

Who Is The Greatest Female Warrior In History?
Early Career
Although, John did not wish to take up acting as a profession, his father convinced him to try stage for once. He made his stage debut in a play called ‘A Man of the World,’ alongside his father.
In 1901, he appeared in ‘Captain Jinks of the Horse Marines’ with his sibling Ethel. Later that year, his father suffered a mental breakdown and was admitted to a private institution in Amityville.
His father’s situation affected John immensely. In 1902, he was fired from the position of illustrator, and he started working as a poster designer.
With time, he understood that his job was not enough for him to afford his lifestyle. This made him turn to acting. He once stated that he had to succumb to the family curse, acting, to support himself.
Career
He joined McKee Rankin’s company on its Chicago tour at the ‘W. S. Cleveland Theatre’ in 1903. He made his ‘Broadway’ debut in ‘Glad of It’ in 1904.
Actor William Collier became his mentor while they worked together in the production of ‘The Dictator.’ Meanwhile, his father died, and John had to go back to America.
After a few years of struggle, John finally made his first lead appearance in ‘The Boys of Company B’ in 1907. It was a comedy play and paved way for his future performances.
John played a variety of roles in plays such as ‘A Stubborn Cinderella,’ ‘The Fortune Hunter,’ ‘Princess Zim-Zim,’ ‘A Thief for a Night,’ and ‘A Slice of Life,’ before he moved over to films.
In 1912, Barrymore, worked in four films, all of which were lost in an explosion at the ‘Lubin’ vaults. He made his debut in the 1913 film ‘An American Citizen,’ a romantic comedy.
Continue Reading Below
His work was appreciated by both audiences and critics. His work in the prison drama ‘Injustice’ was well-received, and the play turned out to be a critical success.
From 1917 to 1922, he played lead roles in ‘On the Quiet,’ ‘The Test of Honor,’ ‘Dr. Jekyll and Mr. Hyde,’ ‘Richard III,’ ‘The Man Who Laughs,’ and ‘Sherlock Homes.’ In 1922, he staged ‘Hamlet’ and delivered a mind-blowing performance.
In 1925, the roaring success of ‘Hamlet’ in London earned him rave reviews. One such review by the ‘Manchester Guardian’ stated that the theater where the play was staged had the “most memorable first night for years.”
In 1929, John got his first speaking role in ‘The Show of Shows.’ The following decade saw him perform in a number of noteworthy films such as ‘Moby Dick’ (1930), ‘Grand Hotel’ (1932), ‘Dinner at Eight’ (1933), ‘Long Lost Father’ (1934), ‘Romeo and Juliet’ (1936), ‘Midnight’ (1939), and ‘The Great Profile’ (1940).
During the mid-1930s, John began struggling with his health and often forgot his lines. He even had mental breakdowns in between his shoots.
While filming ‘Hat, Coat and Glove,’ he was hospitalized due to his deteriorating health. His alcohol addiction took its toll on his marriage and destroyed his career too.
His last serious role was in ‘The Great Man Votes’ (1939), and his last film was ‘Playmates’ (1941).
Personal Life
John married four times in his life. He was married to Katherine Harris, Blanche Oelrichs, and Dolores Costello, before marrying Elaine Barrie in 1936.
However, his fourth marriage too ended in a divorce. In 1937, he received the divorce papers from his wife.
A month later, he filed for bankruptcy. His health, marital issues, and destroyed career were caused by his lack of discipline and disgraceful behavior.
John had two children: a son with Castello, John Drew Barrymore, the father of actor Drew Barrymore, and a daughter, Diana, with Oelrichs.
Owing to heavy drinking and other addictions, John had a lot of health issues throughout his life. On May 19, 1942, John died while recording for a show.
He died from kidney failure and cirrhosis of the liver. In 1960, he was inducted into the ‘Hollywood Walk of Fame.’
His legacy was such that several biographies were written on him. His autobiography, ‘Confessions of an Actor,’ was published in 1926.

See the events in life of John Barrymore in Chronological Order