Joze Javorsek was a Slovenian playwright, poet and essayist; he is regarded as one of the greatest Slovene authors of all time. During his lifetime, he was considered as much of a controversial author as an influential one because of his critical conduct towards his contemporaries. Born and raised in Slovenia, he went on to study comparative literature and eventually decided to pursue a career in writing. After serving in World War II , he returned to his homeland only to face imprisonment for several years and upon attaining his freedom again, he mostly worked as a playwright and essayist for the rest of his life. His early plays, centered on existential concerns, but were filled with irony, playfulness and artistic use of language, and largely contributed to the modernization of the Slovene theatre in the 1950s. He was among the first artists who introduced the surrealist elements on Slovenian and Yugoslav stages. But it was his essays and memoirs that garnered the maximum recognition and also gave rise to most of the controversies. His uncertain relationship with the society and his often extremely bitter attacks on the contemporary literary circles, both Slovene and French, gained him the nickname ‘The Lonely Rider’ Slovenian Celebrities
Slovene Men
Libra Poets
Male Poets
Male Writers
Childhood & Early Life
Jože Javoršek was born as Jože Brejc, on October 20, 1920, in the small Lower Carniolan town of Velike Lašče, Kingdom of Serbs, Croats and Slovenes, Slovenia.
After graduating from high school in 1940, he attended the University of Ljubljana where he studied comparative literature. He also became involved with Slovenian Christian Socialist groups and met the great author, Edvard Kocbek, who encouraged him to pursue a literary career.
During World War II, he joined the partisan resistance, and became involved in underground activities in the Italian-occupied Province of Ljubljana. At this time, he also adopted the pseudonym, Jože Javoršek.
After the war ended, he served as the personal secretary of the Minister for Slovenia in the Yugoslav government. He resumed his studies at the French Sorbonne and worked for a brief period as an assistant at the Yugoslav embassy in Paris.
Continue Reading Below
You May Like

The Most Popular US Veterans
Career
In 1947, his collection of wartime poems, titled ‘Partizanska lirika’ (Partisan Lyrics) was published.
In 1948, he returned to Slovenia and was imprisoned the following year by the Communist authorities and sentenced to 12 years in jail. However, he was released in 1952. After his release he turned mostly towards writing plays, essays and prose.
He earned much recognition as a playwright and some of his acclaimed works include ‘Kriminalna zgodba’ (Criminal Story, 1955), ‘Povečevalno steklo’ (Amplifying Glass, 1956), and ‘Veselje do življenja’ (Joy of Life, 1958).
From 1961 to 1967, he served as an assistant at the Slovenian Academy of Sciences and Arts. Then he became the secretary in the office of the Academy's president, where he worked until 1982.
In 1965, he described his own role in the society through the essay ‘Shakespeare and Politics’, which was written for a volume titled ‘Shakespeare among the Slovenes’. The same year, he also published an essay titled ‘Vodnik po Ljubljani’ (A Guide to Ljubljana).
In 1969, he wrote one of the first essayistic works which earned him appreciation--‘Kako je mogoče?’ (How Is It Possible?)—in which he explored his feelings of desperation after the suicide of his son.
In 1972, he published a poetry collection titled ‘Usoda poezije’ (The Fate of Poetry). He also published several novels including ‘Hvalnica zemlji’ (An Ode to the Earth, 1971) and ‘Nevarna razmerja’ (Dangerous Liaisons, 1978).
In his later works such as ‘La Memoire Dangereuse’ (The Dangerous Memory, 1987) and ‘Spomini na Slovence’ (Memories About the Slovenes, 1989), published shortly before his death, he explored his memory and presented extremely critical accounts of his contemporaries.
Shortly before his death in 1990, he also contributed to the monograph ‘Histoire et littérature slovènes’ (Slovenian History and Literature). He was an admirer of the 19th-century Slovene author, Fran Levstik, and helped in republishing the new editions of Levstik’s works.
Continue Reading Below
He was also a translator and translated works of several important authors such as Molière, Jean Anouilh, Edmond Rostand, and Albert Camus into the Slovene language.
Major Works
Joze Javoršek was one of the founders of the Stage '57, an alternative theatre created in 1957 by the younger generations of Slovene artists. The theatre played a decisive role in shaping their generation against the burdens of the repressive traditional rules of the Communist regime.
His 1980 book, ‘La Memoire Dangereuse’, is considered to be one of his most well-crafted works. It gained him widespread recognition beyond the Yugoslav borders and was later also translated into German and Serbo-Croatian.
Awards & Achievements
In 1976, he received the prestigious ‘Prešeren Award’.
In 1987, he won the distinguished ‘Župančičeva Award’.
In 1988, he was awarded the European Prize for Literature of the Writers Union of the French language for his book ‘La Mémoire Dangereuse’.
Personal Life & Legacy
Joze Javoršek first married Nevenka, who died while he was in jail. Their only son, Svit, committed suicide at the age of 23.
Later, he got married to Marija, a translator, and the couple had two children together, George and Jan Jona.
He died on September 2, 1990, in Ljubljana and was buried in his hometown of Velike Lašče.
You May Like

See the events in life of Jože Javoršek in Chronological Order 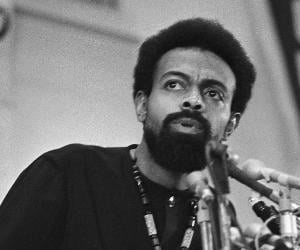