Advanced Search
Joe Gilgun is an acclaimed English actor, well known for his hard-hitting roles. Though Gilgun started acting at the age of eight, he never thought of becoming a professional actor. Acting was suggested to Gilgun’s parents as part of his therapy. Soon his talent was discovered and he got his first role in the TV series ‘Coronation Street’. Gilgun took a break from acting during his teenage years but realised that nothing brought him the same kind of satisfaction. In his career as an actor. he has played some of the most complex and layered characters. Whether it is Woody from ‘This is England’ or Rudy from ‘Misfits’ there is a part of himself that he has given to each of his roles. This continues in his latest work ‘Brassic’ a semi-autobiographical take on his own life. Joe Gilgun carries his fame very lightly. He insists that he is an actor and not a celebrity and refuses to be on social media. He is known for his down-to-earth and warm personality. Gilgun makes no bones about the fact that he suffers from bipolar disorder and depression. He has openly spoken about his condition and how he lives and copes with it. Kit Harington
DID WE MISS SOMEONE?
CLICK HERE AND TELL US
WE'LL MAKE SURE
THEY'RE HERE A.S.A.P
Quick Facts

British People
Tall Celebrities
Tall Male Celebrities
Pisces Actors
British Actors
Childhood & Early Life
Joe Gilgun was born on March 9, 1984, to Judith and Andrew Gilgun. He grew up in Rivington, England with his two younger sisters Jennie and Rosie. His father worked in a metalworking factory.
Gilgun went to Rivington VA primary school, where a teacher noticed that Gilgun had difficulty reading and would write backwards. Gilgun was diagnosed with dyslexia and ADHD. An educational psychologist suggested that he should do theatre workshops as part of his therapy.
Gilgun started attending theatre workshops at the age of eight. This was how his exceptional acting talent came to fore. At the age of 10, he got his first role in the TV series ‘Coronation Street’.
When Gilgun was 11 years old his parents separated and his father was laid off. His teenage years were difficult and he would frequently have meltdowns. By 17 his situation got so bad that he had to seek professional help.
After finishing school, Gilgun took up a fashion designing course at Runshaw College. He recounts that he felt like ‘a car thief on a fashion course’. Feeling like a misfit, he quit the course.
He was working as a plasterer when he got an audition call for the film ‘This is England’. He turned up in his workwear to audition for the role.
Continue Reading Below
Career
Joe Gilgun began acting professionally at the age of 10, when he was cast as Jamie Armstrong in the TV series ‘Coronation Street’. The character was layered and complex. He successfully played this role from 1994 to 1997.
He took a break from full-time acting during his teenage years but did a few theatre productions like ‘Hanky Park the Musical’ and ‘Borstal Boy’.
In 2006, he returned to acting full-time in the soap opera ‘Emmerdale’. He played the troubled character of Eli Dingle till 2010 when he left the show saying that there was nothing more he could do to the character.
The BAFTA award winning film ‘This is England’ also came Gilgun’s way in 2006. He essayed the character of Richard Woodford or Woody, the warm and affable leader of a gang of skinheads. Gilgun was one of the supporting actors for the film.
Gilgun’s character Woody in ‘This is England’ became one of the central characters when the film was made into several TV mini-series. He acted in all three series ’This is England ‘86’, in 2010, ‘This is England ‘88’, in 2011 and ‘This is England ‘90’, in 2015.
In 2009 Joe Gilgun starred in the crime-action thriller ‘Harry Brown’ where he played the role of a drug dealer Kenny Soames.
Gilgun was cast in the cult classic TV series ‘Misfits’. His character Rudy Wade was a happy-go-lucky character who could split into two people when his emotions were strong. He played the part for 3 seasons from 2011 to 2013.
From 2012 to 2016 he starred in films like ‘Lockout’, ‘Pride’, ‘The Last Witch Hunter’ and ‘Infiltrator’. In these films, Gilgun acted with seasoned actors like Guy Pearce, Bill Nighy, Imelda Staunton and Vin Diesel.
From 2015 to 2019, Gilgun played a vampire in the TV series ‘Preacher’ based on a DC comic series. He had initially refused the part when his agent told him about it. However, he changed his mind after reading the script. In 2018 he became the co-executive producer for the series.
He will next be seen in the upcoming TV series ‘Brassic’. The trailers of the comedy series were very well received and have generated a lot of interest in the media. The series is a depiction of working-class society and the story has elements from Gilgun’s own life.
Major Works
The portrayal of the character of Woody in ‘This is England’ is one of Joe Gilgun’s finest performances. He went to great lengths to play the part. When his character, Woody, cut himself off from his gang, Gilgun too cut himself off from the cast who happened to be his closest friends.
Family & Personal Life
Joe Gilgun has stated that he does not own a nice car or a fancy house and has two bikes instead.
He once found a dilapidated cottage in the woods and entered it through a skylight. He decided to live there and had to pitch a tent inside it as there was a big hole in the ceiling. He is now decorating the place with his mother and sisters and making it his home.
Gilgun maintains a strict schedule he goes to bed at nine and comes to work punctually with his lines prepared.
His friends from ‘This is England’ are his closest friends. He is not in a relationship. He says that he is on Tinder but doesn’t think anyone would like to date a person like him.
Trivia
Joe Gilgun has said that he hates having a mobile phone.

See the events in life of Joe Gilgun in Chronological Order 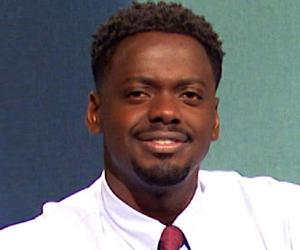