Advanced Search
John Robert Cocker, popularly known to his fans as Joe Cocker, was a rock and blues singer characterized by his gritty voice and peculiar body movements while giving performance. He was a multiple award winning singer who was best known for his cover versions of popular songs, especially those of the iconic rock group, The Beatles. It was one of the covers of The Beatles’ song, ‘With a Little Help from My Friends’ that catapulted Cocker to widespread glory. This song not only reached the No.1 spot in the U.K, but also established him as a popular rock and blues singer. He was musically inclined from a young age and started singing in public from the time he was 12. As a teenager he formed his own musical group called the Cavaliers. He began his career under the stage name Vance Arnold and played the covers of songs by popular singers like Chuck Berry and Ray Charles. He went on to create a band called The Grease with Chris Stainton. Basically an English man, he took his music to the U.S by touring the country and played at several big festivals including the Denver Pop Festival. Through his hard work and talents he gradually rose to become a very popular singer and was counted among Rolling Stone's 100 greatest singers. British Celebrities
British Men
Male Singers
Taurus Singers
British Singers
Childhood & Early Life
Joe Cocker was born on 20 May 1944, in Crookes, Sheffield, as the youngest son of Harold Cocker and Madge Cocker. His father was a civil servant.
He loved listening to music from a young age and was influenced by the singers Ray Charles and Lonnie Donegan.
He began to sing publicly when he was 12. He formed his first group, the Cavaliers, in 1960, with three friends. 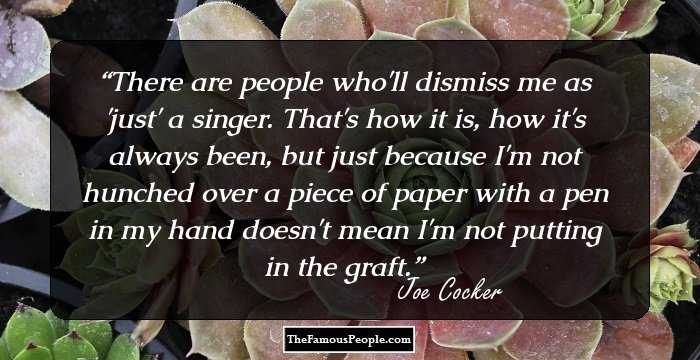 Quotes: Me
Continue Reading Below
Career
Joe Cocker adopted a stage name, Vance Arnold, in 1961 and formed another group, Vance Arnold and the Avengers. The group basically performed covers of the songs of Ray Charles and Chuck Berry.
The group got the first big chance when they got the opportunity to support the Rolling Stones at Sheffield City Hall in 1963. The very next year, he signed as a solo act with Decca. The first single he released was a cover of The Beatles’ ‘I’ll Cry Instead’. It was a flop and his contract was cancelled.
In 1966, he formed a band – ‘The Grease’ with Chris Stainton. This group played in pubs around Sheffield. Denny Cordell, the producer of the Procol Harum and the Moody Blues noticed the band and invited Cocker to record a single, ‘Marjorine’.
In 1968, he released the single that would make him really famous. It was a cover version of the single ‘With a Little Help from My Friends’, originally performed by the Beatles. This single peaked at No.1 in the U.K. and was also a minor success in the U.S.
By now the original Grease band had dissolved and Cocker had re-established a new band of the same name consisting of Henry McCullough, and Tommy Eyre. He toured the U.K in late 1968 and early 1969.
He released an album, ‘With a Little Help from My Friends’ in 1969. It reached No.35 on the U.S. Billboard and went gold. The album was named after the cover single he had released the previous year.
He brought out his second album later the same year. It was titled, ‘Joe Cocker!’ Following the trend of his debut album, this too contained numerous covers of songs originally performed by popular singers such as Bob Dylan, The Beatles and Leonard Cohen.
He released several other albums over the 1970s including ‘I Can Stand a Little Rain’ (1974), ‘Jamaica Say You Will’ (1975), ‘Stingray’ (1976) and ‘Luxury You Can afford’ (1978). But none of these albums performed well.
He recorded the duet ‘Up Where We Belong’ with Jennifer Warnes for the soundtrack of the film ‘An Officer and a Gentleman’ in 1982. The song was a super hit at the international level and won several awards. His studio albums for the decade included ‘Sheffield Steel’ (1982), ‘Civilized Man’ (1984), and ‘Unchain My Heart’ (1987).
Continue Reading Below
He continued touring and performing through the 1990s and 2000s. In spite of his advancing age, he remains active on the musical scenario with his public appearances. 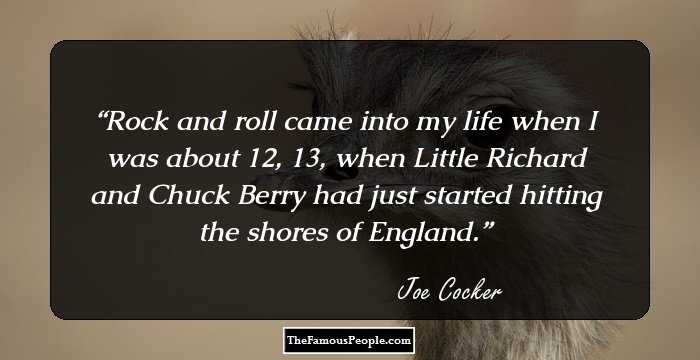 Quotes: Life
Major Works
His cover version of the Beatles’ single ‘With a Little Help from My Friends’ was the song that catapulted him to international fame. The single hit No.1 in the U.K and popularized Cocker. It also brought him in favourable relations with the Beatles.
Awards & Achievements
Joe Cocker won the Grammy Award for Best Pop Performance by a Duo in 1983 for the No.1 hit single ‘Up Where We Belong’, a duet he sang with Jennifer Warnes.
He was made an Officer of the Most Excellent Order of the British Empire (OBE) at Buckingham Palace in 2007 for his services to music. 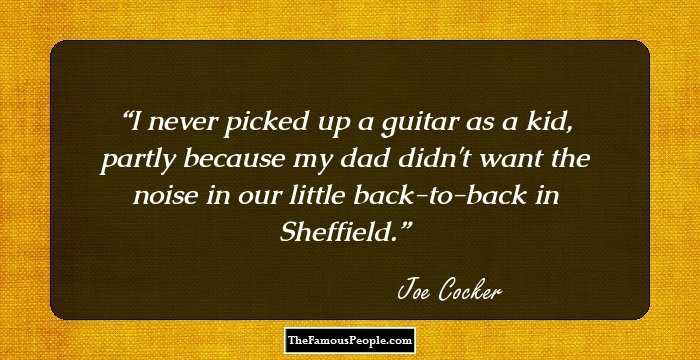 Personal Life & Legacy
Joe Cocker dated Eileen Webster intermittently from 1963 to 1976 before breaking up with her.
He married Pam Baker, a huge fan of his, in 1987. After marriage, the couple lived in Colorado.
He died of lung cancer on 22 December 2014 in Crawford, Colorado at the age of 70.
Trivia
The father of the musician Jarvis Cocker tried to spread a rumor that this famous rock and blues singer was his brother.

See the events in life of Joe Cocker in Chronological Order 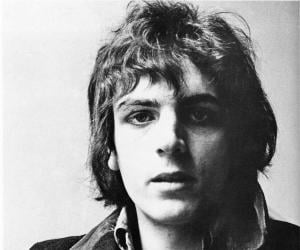