Advanced Search
Joe Allen is a Welsh footballer who plays for the Welsh national football team as well as the English professional football club, ‘Stoke City’, at the central midfield position. He has also played for the Great Britain football team in the 2012 Summer Olympic Games and represented Wales in the UEFA Euro 2016, where his brilliant performance enabled the team to advance to the semi-finals. Winner of several awards, Allen was born into a football-crazy family. He started his football career at a very early age at the Welsh professional football team, ‘Swansea City’ and with the aid of his club manager, he soon moved to the Premier League football club, ‘Liverpool.’ A few years down the line, he signed on to play for ‘Stoke City.’ Adept at playing in the attacking and defensive midfield positions as well, he has very often aided his teams with his tactical skills, calm demeanour and creative manoeuvres. A very shy and private individual, he continues to play brilliant football for his country and team, and leads a quite family life in the U.K. Gareth Bale
DID WE MISS SOMEONE?
CLICK HERE AND TELL US
WE'LL MAKE SURE
THEY'RE HERE A.S.A.P
Quick Facts

Welsh People
Male Sportspersons
Welsh Sportspersons
Welsh Football Players
Pisces Football Players
Childhood & Early Life
Joseph Michael Allen was born on March 14, 1990, in Carmarthen, Wales to a dentist father, Steve, and mother, Jane, who is a nurse. He has three siblings; Kate, Harry, and Amy.
He attended the ‘Narberth Primary School’ and ‘Ysgol y Preseli’, a bilingual school in Pembrokeshire.
He played for a local team, Tenby, until the year 2000.
Recommended Lists:

Pisces Men
Continue Reading Below
Career
Joe Allen started his professional football training at ‘Swansea City Academy’ when he was ten years old.
At 16, he made his ‘Swansea City’ debut during the FAW Premier Cup match against ‘Port Talbot Town’.
In 2007, he made his League One debut against ‘Blackpool’, and scored the winning goal against ‘Walsall’. Just two days later, ‘Swansea City’ gave him his first professional contract, and soon after, he led the Welsh national under-21 team to a victory over Sweden by scoring the winning goal.
On account of tremendous competition from other players, he could not get into the first team in the 2007-08 season, and was loaned for a month to ‘Wrexham’, where he performed very well.
After recovering from a ligament injury, in late 2008, Allen got a chance to get off the substitutes’ bench while ‘Swansea City’ played against ‘Barnsley’, and delivered an outstanding performance that also won him the ‘Man of the Match’ award.
He signed a three-year contract with ‘Swansea City’ at the end of the 2008-09 season.
After skipping a whole season due to persistent injuries, he made a terrific comeback in the 2010-11 season, with a series of 40 remarkable league matches.
In October 2011, he played exceptionally well during the UEFA Euro 2012 qualifying match of Wales v/s Switzerland that won him an award too.
He signed a four-year contract with ‘Swansea City’ just a few days before the start of the 2011-12 Premier League.
In mid-2012, he played for the Summer Olympics football team of Great Britain, and in August, followed his club manager, Brendan Rodgers, to ‘Liverpool’ for a transfer fee of £15 million. A few days later, he made his Premier League debut playing for ‘Liverpool’, and soon became a ‘Liverpool’ fan-favourite.
In 2013, he scored his first goals for ‘Liverpool’ as well as UEFA Europa League.
His first Premier League goal for ‘Liverpool’ came a year later in May 2014.
He continued to do well and played 32 games in the 2014-15 season. But he had to start afresh with the new team manager, Jürgen Klopp, after the former club manager, Brendan Rodgers, was sacked from ‘Liverpool.’
Despite his repeated injuries, he continued to play exceptionally well. He even took ‘Liverpool’ to the 2016 League Cup final after scoring the winning penalty in the shootout against ‘Stoke City’.
In spite of his superb performances, Allen often found himself on the substitute bench, unused for almost 10 league games in a row. This caused a lot of frustration and he desired to taste some regular on-field action.
While on a holiday in Ibiza in July 2016, he learnt from a friend via a text message that he had been sold to ‘Stoke City’ on a five-year contract for £13 million. This was a blessing in disguise for him as he was yearning to move on from ‘Liverpool’.
In mid-2016, he enabled Wales to advance to the knockout round of Euro 2016 with a 3-0 win against Russia. In August, he made his debut for ‘Stoke City’ at the Premier League and in September, he scored his first goal for the club.
Despite his stellar performance in the 2016-17 and 2017-18 seasons, ‘Stoke City’ stood very low on the rankings table. While other ‘Stoke City’ players were trying to jump ship, Allen decided to stay on and signed a four-year contract with them in June 2018.
Awards & Achievements
Joe Allen was awarded ‘Man of the Match’ in August 2007 for driving ‘Swansea City’ to a 2-0 win against ‘Walsall’ in the League Cup.
In December 2008, he came in as a substitute player and scored 2 goals to lead ‘Swansea City’ to a win over ‘Barnsley’, winning him yet another ‘Man of the Match’ award.
In November 2010, he won his third ‘Man of the Match’ award when he helped ‘Swansea City’ score the winning goal against archrivals, ‘Cardiff City.’
In 2012, ‘Liverpool’ fans selected him as ‘Man of the Match’ on the club’s official website and he also won the ‘Liverpool Player of the Month’ award. Post his superb performance for Wales in UEFA Euro 2012; he was presented with the ‘Wales’ Player of the year for 2012’ prize.
Considering his extraordinary goal set-up for Wales in Euro 2016, Allen was chosen in the ‘UEFA Team of the Tournament’ in 2016.
Family & Personal Life
Joe Allen is married to Lacey Jo-Hughes and has a son, Alfie, with her.
His older brother, Harry, lost his hearing to meningitis at three years of age. Thus, in 2015, Allen became an ambassador for ‘Action on Hearing Loss Cymru’.
He adopts hens and cockerels that are past their prime years of life, and is a supporter of the ‘British Hen Welfare Trust.’
He currently lives with his family in Chester, U.K.
Trivia
He was nicknamed ‘Welsh Xavi’ and ‘Welsh Pirlo’ by his former club manager, Brendan Rodgers.
He speaks Welsh very fluently.
His brother, Harry, was the captain of the Welsh Deaf football team.
He appeared on the front cover of the ‘Chicken & Egg’ magazine. 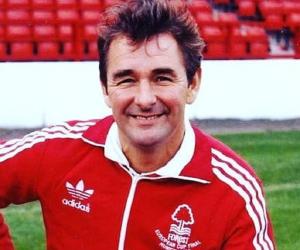