(Welsh Professional Football Player Who Plays as a Winger)

When someone plays for one of the biggest football clubs on the planet, there is understandably much curiosity surrounding them among the fans. And if that player attracts the highest transfer fee as of 2016, then you know that we are talking about none other than the charismatic Welsh and Real Madrid footballer, Gareth Frank Bale. Renowned throughout the world for his speed and accuracy, Bale has carved a niche for himself playing in a club that boasts of several top players in the world. ‘The Real Madrid’ star has been playing professional football for more than a decade now and has astonished millions of people with his skills. A player for the big matches, Bale has won several awards and honors in his illustrious career. Playing alongside some of the biggest names in the world at the moment, he has not let them overshadow his talent by playing brilliant football whenever he gets on the field. Tony Pulis
16th July In History
DID WE MISS SOMEONE?
CLICK HERE AND TELL US
WE'LL MAKE SURE
THEY'RE HERE A.S.A.P
Quick Facts

Gareth Frank Bale was born on July 16, 1989, in Cardiff, Wales, to Frank and Debbie Bale. His father, a caretaker in a local school, and his mother, a local operations manager, enrolled him at the ‘Eglwys Newydd Primary School’ in Whitchurch, where he was spotted by the scouts from the Southampton football club. He was just nine years old at that time.

After finishing his primary education, Bale went to the ‘Whitchurch High School,’ where he caught the attention of the authorities, thanks to his athletic skills. Apart from football, he was a regular in the rugby and hockey fields as well, excelling in all three sports. By the time he graduated high school in 2005, he had won the ‘Cardiff & Vale Senior Cup’ and the school award for services to sport.

Continue Reading Below
Career
Just a year after passing high school, Bale was drafted into the ‘Southampton football club’ in 2006, thus becoming the second youngest player in the history of the club. He scored his first club goal against ‘Derby County’ in a 2-2 draw.
While at Southampton, Bale won the ‘BBC Wales Young Sports Personality of the Year.’ He was seen as a free kick specialist at the time, scoring three of his five goals for the club from free kicks. He represented Southampton in 45 games; the last one being against ‘Derby County’ on May 12, 2007.
Within two weeks, he was signed by ‘Tottenham Hotspur’ in a five million pounds deal. He made an immediate impact, scoring three goals in his first four outings for the team, including a goal against a strong ‘Arsenal’ team.

However, the tide turned against Bale after he sustained an injury in a league game against ‘Birmingham City.’ It turned out to be ligament damage on the right ankle which ruled him out for the rest of the season. He rejoined the team in the next season after signing a new four-year deal with the club. However, he remained in the sidelines for most of the season because of indifferent form.

He underwent a knee surgery the following year before returning to the field. He went on to score crucial goals against various opponents, including ‘Arsenal’ and ‘Chelsea,’ helping the ‘Spurs’ secure a place in the ‘Champions League’ qualification in 2009.

Bale stayed with the ‘Spurs’ for the next three seasons, scoring at crucial times against key oppositions. Unfortunately, the ‘Spurs’ could not win any major title during that period. Bale, however, was highly impressive and won many awards, including PFA Players’ ‘Player of the Year’ and ‘Young Player of the Year’ as well as the ‘FWA Footballer of the Year,’ thus becoming only the second player in the history to win all three major awards in one season (2012-13). In all, Bale played 203 games for the ‘Spurs’ and scored 55 goals.

Other clubs had been showing interest in him for quite some time, and finally in the latter half of 2013, he decided to join ‘Real Madrid.’ It was a six-year agreement, but the fee was not disclosed at the time. Speculations were ripe about the amount that ‘Real Madrid’ had paid for Bale, and finally in January 2016, it was revealed to be 100.8 million Euros, which was a world record at the time, surpassing Cristiano Ronaldo’s 94 million.

Bale impressed his new team and fans by scoring a goal in his debut against ‘Villarreal.’ However, his season was plagued by injuries and he missed some major games thereafter, playing only five of Real’s next 16 games.
Once he became fit, Bale continued to impress with his performance, which earned him the nickname ‘The Cannon.’ His most notable goal during this period came against archrivals ‘Barcelona’ in the final of the 2014 ‘Copa del Rey.’ He also scored the winning goal against neighbors ‘Atletico Madrid’ in the 2014 ‘UEFA Champions League Final.’
Continue Reading Below
The next season saw a dip in his form. He did contribute to the team’s success, scoring and assisting on multiple occasions. His habit of scoring in the finals did not go away either as he scored the final goal against ‘San Lorenzo,’ helping his club win the ‘Club World Cup.’
The 2015-16 season was a good one for Bale. He was a regular starter for the team and an integral part of his team’s success. He scored two hat-tricks in the season, against ‘Rayo Vallecano’ and ‘Deportivo de La Coruna.’ By doing so, he took his goal tally in ‘La Liga’ to 43, surpassing Gary Linekar as the highest scoring British player in ‘La Liga.’
The 2016-17 season started with Bale signing a new agreement with the club, which extended his stay at Madrid till 2022. Although he was plagued with an ankle injury for a major portion of the season, he started for ‘Real Madrid’ in 19 games, one of them being the final of the 2017 ‘UEFA Champions League.’
The 2017-18 season was a good one for the star player and his team won the 2017 ‘UEFA Super Cup’ and the ‘Supercopa de España.’ He scored two goals in the finals of the 2018 ‘UEFA Champions League’ against ‘Liverpool,’ becoming the first substitute to do so in the League finals. For his effort, he was awarded the ‘Man of the Match.’
Bale scored a hat-trick against ‘Kashima Antlers’ in the semi-finals of the 2018 ‘FIFA Club World Cup.’ He thus became the third player after Cristiano Ronaldo and Luis Suárez to score a hat-trick in the history of ‘FIFA Club World Cup.’ His team eventually won the ‘FIFA Club World Cup’ beating ‘Al-Ain FC’ in the finals.
On 9 February 2019, Bale scored his 100th goal for ‘Real Madrid’ in a 3-1 win against cross-city rivals ‘Atlético Madrid.’ While he is currently playing for ‘Real Madrid,’ speculations were rife that he would be transferred to a Chinese club about which he was “angry” with his team.

Bale has been a part of the Wales national football team since the 2005-2006 season, when he was just 16 years old. At the time, he was the youngest player to play for Wales. Although he was eligible to play for England as well, he chose to stick with Wales. As of 2019, he has represented Wales on 79 occasions, scoring 32 goals, surpassing the previous leading Welsh goal-scorer of all time, Ian Rush. He surpassed Rush after scoring his first international hat-trick in the 2018 ‘China Cup’ against China.

Bale was also set to represent Great Britain in the 2012 ‘London Olympics.’ However, with regard to a controversy, Welsh football association chose not to be a part of the Great Britain team. Bale was ready to defy his national association to be a part of the Great Britain team. However, he had to pull out of the tournament due to a back injury.
Personal Life & Legacy
Bale lives with his fiancée Emma Rhys-Jones in Madrid. The couple has two daughters, Alba Violet and Nava Valentina, born in 2012 and 2016 respectively. Their son Alex Charles was born in 2018.
Bale has endorsed many global companies, such as ‘Adidas’ and ‘EA Sports’ in his decade long career. In fact, he was on the cover of EA Sports’ most popular game, ‘FIFA 14,’ alongside Lionel Messi.

See the events in life of Gareth Bale in Chronological Order 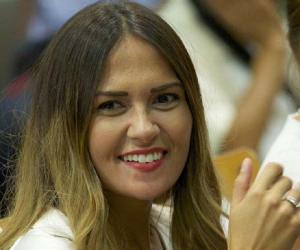