Joaquin Torres Garcia was a famous Uruguayan artist who is known for his defining influence on Latin American Constructivism. He is credited with introducing Constructivism to South America through his artwork, publications, and teachings. Throughout his career he published over 36 writings dedicated to theoretical discussions about different art movements, painted 13 murals, and spread his knowledge by teaching to the future generations of artists. He was a traveler most of his life, spending 40 of his 75 years in Europe and the United States. He struggled with his finances most of his life causing in multiple relocations until he finally returned to his hometown where he could teach everything that he had learned. He opened up his own workshop to spread his message. As the father of Latin American Constructivism, he introduced Cubism, Neoplasticism, and Constructivism to Uruguay through his magazine ‘Circles and Squares’. Throughout his life he exhibited next to famous artists such as, Picasso, van Doesburg, Mondrian, and Duchamp. Across Europe this innovative artist is considered a master of art, but in North America his extraordinary accomplishments are not as well-known. This successful teacher, painter, and author has inspired the next generation of artists through his complete devotion to art 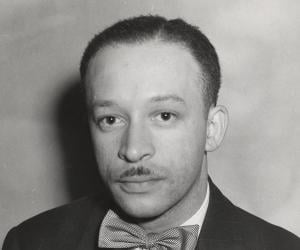 Anna Ancher
28th July In History
DID WE MISS SOMEONE?
CLICK HERE AND TELL US
WE'LL MAKE SURE
THEY'RE HERE A.S.A.P
Quick Facts

Uruguayan Celebrities
Leo Men
Childhood & Early Life
He was born on July 28, 1874 in Montevideo, Uruguay. His mother, María García Pérez, was Uruguayan while his father, Joaquim Torras Fradera, was a Catalan immigrant who owned his own general store.
Facing financial challenges, the family decided to return to his father’s hometown in Barcelona, Spain, in 1891. Here, Joaquin Torres Garcia entertained his artistic fantasies by painting under the artist Josep Vinardell.
In 1892, he attended Barcelona’s Academy of Fine Arts to study painting. After a short time, the young man decided to switch his enrollment to the more prestigious Baixas Academy.
From 1893 to 1898 he attended the Cercle Artistic de Sant Lluc. While studying here, he began to illustrate periodicals and books including Barcelona Comica and Jacinto Benvante’s La Vida Literaria.
Continue Reading Below
You May Like

The Best Black Actresses Of All Time
Career
In 1901, Joaquin Torres Garcia began to paint frescoes. His early style was an adoption of the work of the French artist Pierre Puvis de Chavannes.
In 1903, he paired up with Catalan architect Antoni Gaudi to work on stained glass for the ‘Sagrada Familia’ Cathedral in Barcelona. The same year he began to publish texts about Noucentisme.
In 1913, his first book, ‘Notes on Art’, was completed and published. The same year he founded the School of Decorative Arts in Sarria.
In 1918, near the end of a long project, the government decided to cancel the job. At this point, he turned his focus to designing wooden toys. He went into a decade-long period of silence where he did not participate in theoretical discussions.
Between 1920 and 1922, Joaquin Torres Garcia relocated to New York where he painted numerous portraits including one of Joseph Stella. He was featured in exhibits in both the Society of Independent Artists and The Whitney Studio Club. He painted scenery for ‘The Great Play’.
In 1922, his wooden toys began to be manufactured for sale. They were meant to be teaching aides but instead became famous artwork that he continued to design even after moving to the United States.
In 1930, he teamed up with Piet Mondrain and Michel Seuphor to found the ‘Circle and Square’ magazine. Their main goal was to provide an alternative art style compared to the dominant Surrealist movement of the time. He made several publications and organized several exhibitions.
In 1934, Joaquin Torres Garcia returned to his hometown of Montevideo. He founded the Association of Constructivist Art in Montevideo. His focus was on promoting the importance of schools of modern art. The same year he republished the magazine ‘Circle and Square’, in Uruguay.
In 1943, he established a Constructivist school, the ‘Taller Torres-Garcia’. This school went on to influence the next generation of artists around the globe.
In 1944, he created a series of seven mural frescoes at the Hospital Saint Bois. The same year he was able to publish his most famous work, ‘Universalismo Constructivo’ and several others including ‘en defense de las expressions modernas del arte’, and ‘con respect a una future crecion literaria y dos poemas’.
Major Works
In 1944, Joaquin Torres Garcia published his most influential theorist work, ‘Universalismo Constructivo’. The art was an integration of Renaissance style, European formalism, and the mystic character from primitive art. He gained such a large following with the younger generation of students that they considered his trend to be like a “religious conviction” in which Garcia was God.
Awards & Achievements
In 1934, he was named the honorary professor of the Faculty of Architecture of Montevideo. The same year, he founded the Uruguay Society of the Arts. His achievements led to his acceptance into the group of the European artistic elite.
Personal Life & Legacy
In 1909, he married Manolita Piña. The couple went on to have four children together.
He died on August 8, 1949, at the age of 75, in Montevideo, Uruguay.
He is considered as the founder of the modern painting movement entitled ‘Universalismo Constructivo’. This style is abstract and symbolic, integrating different styles of art to form revolutionary works.
Trivia
Between 1922 and 1924, Spain forbade the Catalan language ultimately banning Garcia’s writings. During the same time, his mother passed away and he was forced to leave his satisfying life in Paris due to his personal economic crisis
You May Like