Advanced Search
Joan Henrietta Collins is a British actress and author. After decades of playing minor roles in films and television, Joan rose to fame with her portrayal of the vicious and revengeful ‘Alexis Carrington Colby’ in the prime time television drama ‘Dynasty.’ Joan is credited with resuscitating the then-struggling soap opera which was heading towards cancelation during its second season. The role was initially offered to Sophia Loren who turned it down. It was then offered to Collins who at the time had only appeared in a series of B-Films and small-time television shows. Daughter of a theatrical booking agent, she made her stage debut at the age of nine. She went to the ‘Royal Academy of Dramatic Arts’ and hoped for a prominent career in Hollywood. She made her feature film debut as a beauty contestant in the film ‘Lady Godiva Rides Again.’ Because of her beauty, she was often offered roles of sultry and seductive women in B-Films. In spite of trying her best, she could not enter mainstream Hollywood or land substantial roles in major films. She made several guest appearances in television programs and low-budget films, and also started exploring a career as a writer. Till date, she has authored many novels, non-fictions, and memoirs, including the best-selling novel ‘Prime Time.’ British People
British Women
Royal Academy Of Dramatic Art
Gemini Actresses
British Actresses
Childhood & Early Life
Joan Collins was born on 23 May 1933, in Paddington, London, England. She is the eldest daughter of Elsa Collins and Joseph William Collins. Her mother was a dance teacher and nightclub hostess, while her father was a theatrical booking agent. She has a sister named Jackie who is an author, and a brother named Bill.
She went to ‘Francis Holland School,’ a school for girls in London. Later, she went to the ‘Royal Academy of Dramatic Art’ (RADA). 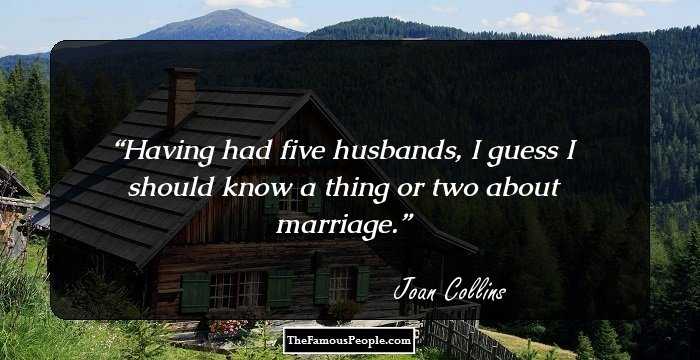 Continue Reading Below
Career
In 1951, she made her feature film debut as a beauty contest entrant in ‘Lady Godiva Rides Again.’ It was followed by minor appearances in films like ‘The Woman’s Angle’ (1952) and ‘The Good Die Young’ (1954).
She played a femme fatale in Howard Hawks’ epic ‘Land of the Pharaohs’ in 1955. The movie flopped and did nothing to further her career.
During the 1950s, she gained reputation as a popular pin-up model. With her pretty looks and grace, she often found herself on the covers of magazines like ‘Span’ and ‘66.’
In 1955, she portrayed actress ‘Evelyn Nesbit’ in ‘The Girl in the Red Velvet Swing,’ a fictionalized account of Evelyn’s life. The film revolves around the story of a beautiful actress whose former lover is killed by her jealous husband.
She decided to concentrate on her family life and did not work much during the 1960s. She made several guest appearances in television shows, such as ‘Batman,’ ‘Star Trek,’ ‘The Virginian,’ and ‘The Danny Thomas Hour.’
She appeared as ‘Joanne Clayton’ in the segment ‘And All Through The House’ from the horror film ‘Tales from the Crypt’ in 1972. The story revolves around five strangers who meet a mysterious crypt-keeper in a crypt who foretells the reason behind their death.
The year 1981 saw her fortunes change for the better. She was offered the role of ‘Alexis Carrington’ in the TV soap opera ‘Dynasty.’ She was cast to portray the beautiful but vicious ex-wife of tycoon ‘Blake Carrington.’ She played the role to perfection and was greatly appreciated for her performance.
‘Dynasty,’ which was heading towards cancelation, became the most watched show in the United States. Collins was credited with resuscitating the show with her amazing performance. From 1982 to 1987, she was nominated for a ‘Golden Globe Award’ every year.
The series ‘Dynasty’ came to an end in 1989. The cast came together in 1991 for ‘Dynasty: The Reunion,’ a miniseries that served as a befitting end to the series which had been canceled abruptly.
Continue Reading Below
In the 1990s, she continued appearing in guest roles in television shows and played minor roles in films. She also returned to the stage and played ‘Amanda’ in a revival of the play ‘Private Lives’ in 1990.
In the 2000s, she guest-starred and played supporting roles in various TV series. From 2014 to 2017, she played the recurring role of ‘Crystal Hennessy-Vass’ in the British sitcom ‘Benidorm.’ From 2015 to 2018, she played ‘Alexandra, Grand Duchess of Oxford’ in the American primetime TV soap opera ‘The Royals.’
She is also an established author. She has written several literary works in the genres of fiction, non-fiction, lifestyle books, and memoirs. Her best-selling novels include ‘Prime Time’ and ‘My Secrets.’ Her books have sold over 50 million copies worldwide. 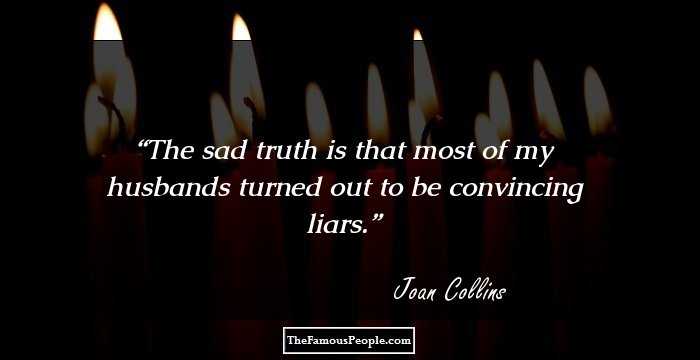 Major Works
She is best known for playing the primary antagonist ‘Alexis Carrington Colby’ in the television series ‘Dynasty.’ Her character Alexis, who is hell-bent on destroying her former husband’s life, was named among ‘The 60 Nastiest Villains of All Time’ by ‘T.V. Guide.’
Awards & Achievements
She was made an Officer of the Order of the British Empire (OBE) in 1997 by Queen Elizabeth in recognition of her contribution to the arts and her charity work.
She was bestowed with the ‘Lifetime Achievement Award’ at ‘San Diego International Film Festival’ in 2005.
In 2013, she was presented with the ‘Lifetime Achievement Award’ at ‘Sedona International Film Festival.’
She was honored with a star on the ‘Hollywood Walk of Fame’ in 1983. 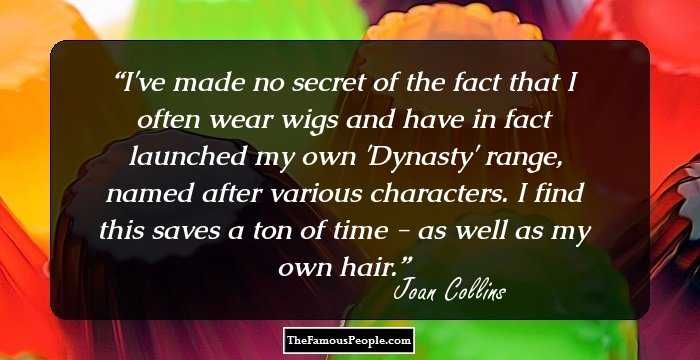 Quotes: Time
Personal Life & Legacy
Her first marriage with Irish actor Maxwell Reed lasted from 1952 to 1956. She then married Anthony Newley in 1963 and had two children with him. This marriage ended in 1971.
She exchanged wedding vows again in 1972 with Ron Kass; the couple had one child before divorcing in 1983. She was married to singer Peter Holm from 1985 to 1987.
She married for the fifth time in 2002 when she entered the wedlock with Percy Gibson.
She has been actively involved in charities for years. She became a patron of the ‘International Foundation for Children with Learning Disabilities’ in 1983. She is also an honorary founding member of the ‘National Society for the Prevention of Cruelty to Children.’

Quotes By Joan Collins | Quote Of The Day | Top 100 Quotes

See the events in life of Joan Collins in Chronological Order