Jessica Simpson is an American singer, reality TV star, actress, and businesswoman. She achieved fame following the release of her debut studio album ‘Sweet Kisses.’ Born to a Baptist minister, who gave her a purity ring at the age of 12, she initially established an ‘anti-sex appeal’ image which put her in stark contrast to contemporary stars like Britney Spears and Christina Aguilera. However, unsatisfied with the four million worldwide sales of her debut album, ‘Columbia Records’ changed her image drastically for her next album ‘Irresistible’ which had her singing promiscuous songs and wearing provocative clothing. Her new image failed to impress both fans and critics. Following her marriage to Nick Lachey, her appearance in the MTV reality show ‘Newlyweds: Nick and Jessica’ and the release of her new album ‘In This Skin’ established her as a sex symbol. While the album eventually became her most successful work, her subsequent albums and movies failed commercially. Interestingly, she has been able to achieve success as a businesswoman, thanks to her clothing line and accessories collection. American People
Musicians
Pop Singers
Business People
Lyricists & Songwriters
Childhood & Early Life
Jessica Simpson was born Jessica Ann Johnson on July 10, 1980, in Abilene, Texas, USA, to Baptist minister Joseph "Joe" Simpson and his wife Tina Ann. She has a younger sister named Ashlee Simpson who is also a singer-songwriter and actress.
Jessica enrolled at ‘J. J. Pearce High School’ in Richardson, Texas, where she became interested in theatre. However, she left school in her junior year to pursue music, and later completed the GED test.
When she was a child, the family moved frequently due to the nature of her father’s job, eventually settling in Richardson, Texas. She sang in the Church choir, and discovered her passion for music. She then decided to become a singer when she was 11. 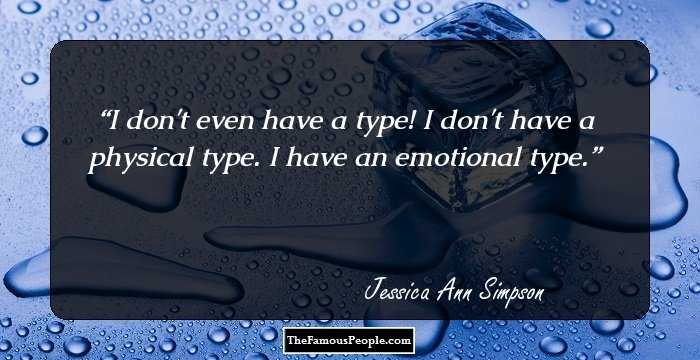 Fashion Designers
American Women
Texas Actresses
Texas Musicians
Career
At the age of 12, Jessica Simpson successfully auditioned for ‘The Mickey Mouse Club’ worldwide talent search, singing ‘Amazing Grace’ and dancing to ‘Ice Ice Baby.’ She eventually became one of the six finalists, along with Britney Spears, Christina Aguilera, and Justin Timberlake, but failed to perform well in the final audition due to nervousness.
Fortunately, her second chance came within a few weeks when she was performing in the church choir. A guest speaker, who was about to start a gospel label, invited her for an audition, and signed her after listening to her rendering of Whitney Houston’s version of ‘I Will Always Love You.’
For the next couple of years, she worked with ‘Proclaim Records’ and recorded her debut album ‘Jessica,’ which remained unreleased as the record label went bankrupt. In 1994, her grandmother funded the release of a few copies of the album. These copies were sent to various record labels as demo.
Tommy Mottola, the head of ‘Columbia Records,’ signed her in July 1997. Her style was in contrast to contemporary singers like Spears and Aguilera.
On September 28, 1999, she stormed into the music industry with her debut single ‘I Wanna Love You Forever’ which peaked at No. 3 on US ‘Billboard Hot 100’ chart.
She released her debut studio album ‘Sweet Kisses’ on November 23, 1999. Her then-boyfriend Nick Lachey featured in the single ‘I Think I'm in Love with You.’ The title track ‘Sweet Kisses’ peaked at 25 on ‘Billboard 200.’
Following the suggestion of her record label, she changed her image for her second album ‘Irresistible’ which released in May 2001. The album debuted at No. 6 on ‘Billboard 200,’ but was less successful commercially, and its lead single was criticized for sexual themes.
She released the track ‘Sweetest Sin’ following her marriage to Lachey in 2002. When the single failed commercially, her father, who was also her manager, pitched a reality show starring the couple. Subsequently, ‘Newlyweds: Nick and Jessica’ premiered on MTV on August 19, 2003.
The reality show helped promote her third studio album ‘In This Skin’ which peaked at No. 10 on ‘Billboard 200.’ She later re-released the album in March 2004 with a couple of cover songs, such as ‘Take My Breath Away’ and ‘Angels’ which boosted the sales of the album.
Continue Reading Below
In 2004, she released ‘ReJoyce: The Christmas Album.’ She appeared with her husband on her sister’s reality TV series ‘The Ashlee Simpson Show’ during 2004-05.
In 2005, she launched her clothing line ‘The Jessica Simpson Collection’ which went on to become one of the most successful celebrity fashion brands.
She made her big screen debut, playing ‘Daisy Duke’ in the 2005 film ‘The Dukes of Hazzard’ for which she also recorded the song ‘These Boots Are Made For Walkin.’ The song peaked at No.14 on ‘Billboard Hot 100,’ but the music video of the song was criticized for her revealing outfit.
She signed a new record deal with ‘Epic Records’ in 2006 and released her fifth studio album ‘A Public Affair’ which was the last of her albums to achieve moderate commercial success. She went on to release two more studio albums, ‘Do You Know’ (2008) and ‘Happy Christmas’ (2010), both of which were considered flops.
She also acted in a few movies during this time. These movies include ‘Employee of the Month’ (2006), ‘Blonde Ambition’ (2007), and ‘Private Valentine: Blonde & Dangerous’ (2008). None of these movies succeeded at the box office. However, her 2010 VH1 documentary series ‘The Price of Beauty,’ which saw her traveling around the world and seeking different perceptions of beauty, was a success.
In 2018, she was seen in a reality television series titled ‘Ashlee + Evan.’ 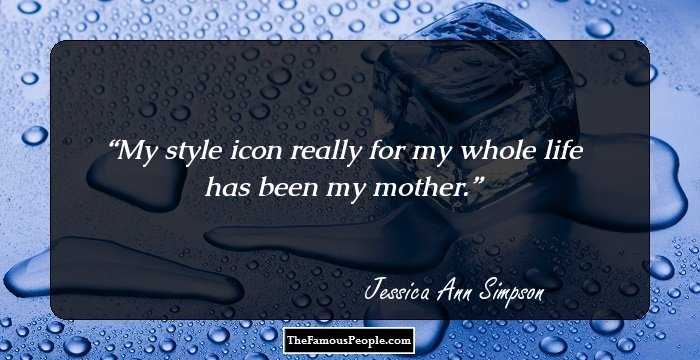 Women Singers
Cancer Singers
Cancer Musicians
Cancer Actresses
Major Works
Jessica Simpson’s third studio album ‘In This Skin’ has been her most successful work till date. It received triple platinum certification in the US and has sold over seven million copies worldwide.
Recommended Lists:

Women Musicians
American Singers
Cancer Pop Singers
Female Pop Singers
Awards & Achievements
Three of Jessica Simpson’s songs have made it to the ‘Hot 100 Year End Awards’ list at ‘Billboard Music Awards’ in 2000, 2001, and 2003. She has also won two ‘People's Choice Awards,’ seven ‘Teen Choice Awards,’ and a ‘BMI Award.’
Continue Reading Below
She has been named in FHM magazine’s list of ‘100 sexiest women in the world.’ She has also been named in ‘Maxim’ magazine’s ‘Hot 100’ list. From 2004 to 2008, she featured in ‘People’ magazine’s ‘50 Most Beautiful People’ list. 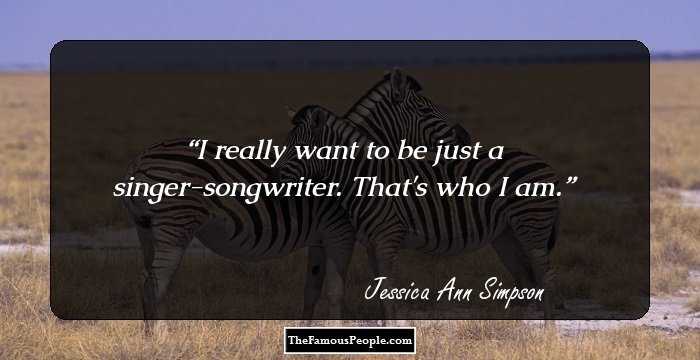 American Actresses
American Musicians
Cancer Entrepreneurs
American Pop Singers
Personal Life & Legacy
Jessica Simpson started dating ‘98 Degrees’ singer Nick Lachey after meeting him at a Christmas party in 1998. After their much publicized wedding in October 2002 and subsequent appearance in a reality TV show, they separated in November 2005 and finalized their divorce in June next year.
She started dating ‘Dallas Cowboys’ quarterback Tony Romo in November 2007. However, the fans of ‘Dallas Cowboys,’ including the then-President George W. Bush, blamed her for his poor performance, which eventually caused their break-up in July 2009.
In May 2010, she started a new relationship with retired NFL tight end Eric Johnson, and got engaged to him in November. Their first child, a daughter named Maxwell Drew Johnson, was born on May 1, 2012. Jessica gave birth to her son Ace Knute Johnson on June 30, 2013.
Simpson and Johnson got married in July 2014, in Montecito, California.
Simpson announced in 2018 that she is pregnant with her third child. Her second daughter Birdie Mae Johnson was born in March 2019.
Recommended Lists:

Actresses Who Are In Their 40s
American Women Singers
American Entrepreneurs
Women Fashion Designers
Trivia
While Jessica Simpson earned negative criticism for appearing as a ‘ditzy blonde’ in her reality show, her mother later revealed that she recorded over 160 IQ points in her fifth grade.
Recommended Lists:

Quotes By Jessica Simpson | Quote Of The Day | Top 100 Quotes

See the events in life of Jessica Simpson in Chronological Order