(Lead Singer of the Boyband '98 Degrees')

Advanced Search
Nick Lachey is an American singer, songwriter, actor and television personality who shot to fame more because of his personal life than his professional ventures. A passionate singer and sports aficionado, he was perplexed and spoiled for choice as to what to take up professionally during his early years. No sooner his passion for music transcended and made way for him to be a part of the boy band, 98 Degrees. Along with his brother, a high school friend and an Ohio native, the quartet achieved quite fame and recognition for their work. They released a total of 5 albums in the 1990s that sold 10 million records. However, the scaling popularity zoomed a little more when he got into an affair with fellow pop star Jessica Simpson. The two eventually married and were a part of the reality television series, ‘Newlyweds: Nick & Jessica’ and ‘The Nick & Jessica Variety Hour’. His personal life made headlines again when he separated from his wife. It was after his break-up that he came up with an album, ‘What’s Left of Me’ wherein he channelized his entire emotional outburst. The album was a raving success and gained him much popularity. American People
Musicians
Lyricists & Songwriters
Pop Rock Singers
American Men
Childhood & Early Life
Nick Lachey was born as Nicholas Scott Lachey to German-American parents, Cate Fopma-Leimbach and John Lachey, in Harlan, Kentucky.
Despite being born in Kentucky, young Lachey spent much of his growing up years in Ohio.
He attended the School for Creative and Performing Arts in Cincinnati. Later on, he enrolled at the University of South California in Los Angeles to pursue his acting career.
After a year of studies at the USC, he being a serious sports aficionado, took a detour from his college career and instead enrolled at the Miami University in Oxford, Ohio, to study sports medicine. The opportunity also allowed him to stay closer to his family. 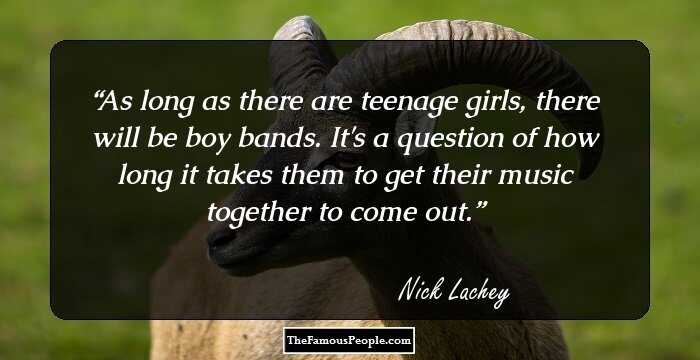 Kentucky Actors
Kentucky Musicians
Miami University
University Of Southern California
Career
Sailing on two boats at the same time, his passion for music soon outshined his love for sports as he switched to take up music professionally. It was Jeff Timmons who convinced him to be a part of the new vocal group.
In 1995, he and Timmons were joined by his high school friend Justin Jeffre and his brother Drew Lachey. The quartet started off by singing in a group throughout the park. They named the band, 98 Degrees.
In 1997, they bagged a deal with Motown Records. Following this, they came up with their debut self-titled album, ’98 Degrees’. Though the album was well received, they tasted real success with their follow-up album, ’98 Degrees and Rising’.
By the end of the 1990s, the band had gained considerable popularity and fame with their five best-selling albums. The albums together had sold 10 million records and were known for their super hit tracks, ‘Because of You’, ‘The Hardest Thing’ and ‘Give Me Just One Night’. Additionally, they also sang duets with big and established stars.
In 2003, he starred in a MTV reality television show ‘Newlyweds: Nick and Jessica’ along with his wife, Jessica Simpson. The show explored the personal space of the two stars and their time together.
The same year, he released his debut venture, SoulO. Despite releasing in the realm of success of the ‘Newlyweds’, the album was a major failure.
Thereafter he, along with Jessica, made an appearance in the television special The Nick and Jessica Variety Hour, which was aired in 2004. He also appeared in the television series Charmed in 2004 and 2005.
Despite the failure of his debut venture and the turmoil in his personal life, he wasn’t heartbroken and instead came up with his second album in May 2006 titled, ‘What’s Left of Me’. The album became a major blockbuster and was certified Gold. It went on to sell more than 500,000 copies domestically.
The self-titled single, ‘What’s Left of Me’ of the album became a super duper hit and charted to peak at the number six position on the Billboard Hot 100. The video featured MTV VJ, Vanessa Minnillo.
Continue Reading Below
He then recorded ‘Ordinary Day’ for the Oprah Winfrey film, ‘For One More Day’. In 2007, he started recording for his third solo album. However, in January 2010 Jive Records put the album on hold for an indefinite time. Thereafter, he broke his contract with the recording label.
He starred in the well-known television series, ‘One Tree Hill’. In 2009, he starred in the musical reality show, ‘Taking the Stage’ which documented the life of high school students at the School for Creative and Performing Arts. The show premiered on MTV.
In 2009, he served as the host of the four-part American singing competition, ‘The Sing Off’. He reprised his role of the presenter in the second and third season of the show as well. He even starred as one of the contestants in the reality television series, ‘Stars Earn Stripes’ by NBC. 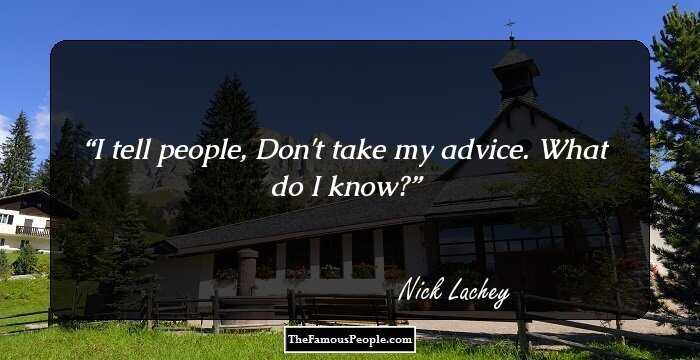 Male Singers
Scorpio Actors
Male Musicians
Scorpio Singers
Personal Life & Legacy
While his profession earned him fame and glory, it was the events in his personal life that brought him in the limelight. To start off, he gained fame for dating pop star Jessica Simpson in 1999.
After three years of courtship, the couple tied the knot on October 26, 2002. While the nuptials earned him excessive attention, it was the reality television show ‘Newlyweds: Nick & Jessica’ that scaled their eminence.
The couple hit the headlines again in 2005 but this time for separating from each other, citing irreconcilable differences as the major reason for the same. They were legally divorced on June 30, 2006.
Things shaped up well for him in the personal and professional front in 2006 as he got into relationship with Vanessa Minnillo, who featured on his single, ‘What’s Left of Me’.
The couple dated steadily and eventually announced their engagement on November 4, 2010. They went into the wedlock on July 15, 2011. The wedding was filmed and televised on July 30.
While his passion for music has successfully evolved into a successful career, he did not let go of his interest in sports. He is a part owner of the Hollywood Fame, a team in the American Basketball Association. Furthermore, he was a part of an ownership group of the Tacoma Rainiers, the Seattle Mariners' Triple-A affiliate.
He is an avid follower and an ardent fan of Cincinnati Bengals, Cincinnati Reds, and Cincinnati Bearcats
In 2009 he threw out the ceremonial first pitch for the MLB Opening Day game in Cincinnati, Ohio and in 2011 he sang the National Anthem for the inaugural NASCAR Sprint Cup Series race at Kentucky Speedway in Sparta, Kentucky.
He serves on the Entertainment Council of the hunger-relief organization Feeding America.
Recommended Lists:

American Actors
Scorpio Musicians
American Singers
Actors Who Are In Their 40s
Trivia
This talented singer and television personality jumped to fame with his marriage to pop sensation Jessica Simpson. 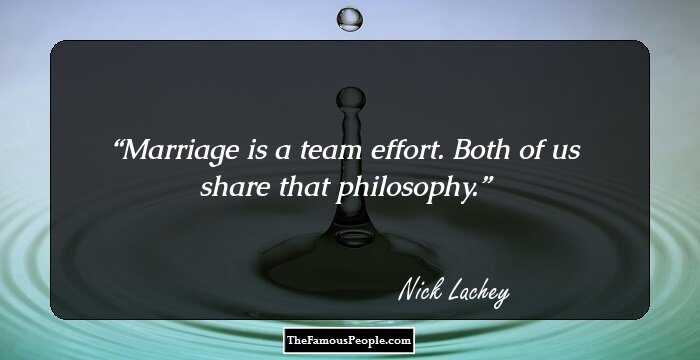 Quotes By Nick Lachey | Quote Of The Day | Top 100 Quotes

See the events in life of Nick Lachey in Chronological Order